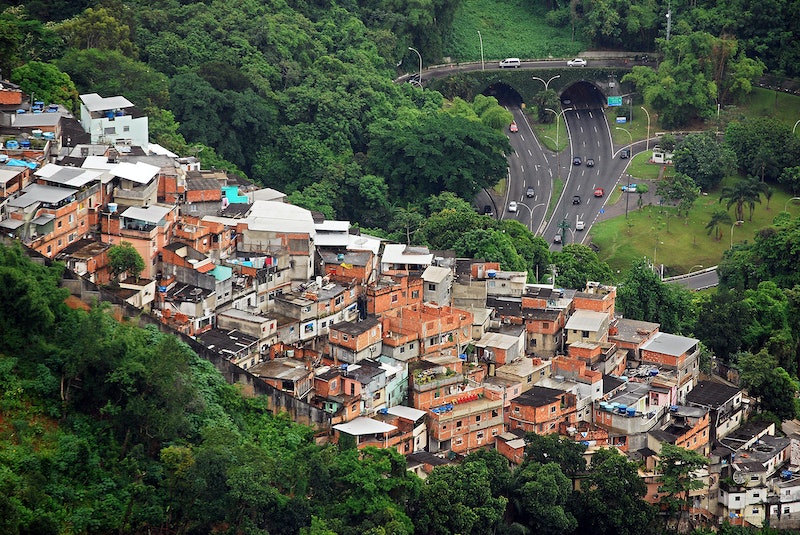 The favelas, notorious urban slums that creep up the hills of Rio, have made headlines in the months leading up to the Olympics for their violence, drug crime, and pollution that the government has fallen short on "cleaning up." The unique landscape of the favelas has become something of a tourist attraction, and with overbooked hotels some Olympic visitors have even chosen to stay in these areas — but are favelas safe? The answer is more complex than it may first appear. The favelas pose a complex issue for Brazil's government in the midst of hosting the most visible celebration of athletic achievement in the world while grappling with a deep recession and high unemployment. The patchwork shantytowns surrounding Rio, many with views of beautiful beaches and Olympic venues, are home to 1.5 million people (approximately 20 percent of Rio’s population). They are isolated communities of Rio's the poorest citizens while still being very much part of the city.

In the year leading up to the Olympics, violence has escalated in the favelas. Many say the "police pacification unit" program, started in 2008 in an attempt to push out the drug traffickers and gangs that control the neighborhoods, is faltering (and may even collapse after the Olympics). In the month of July there have been a reported 756 shootings and 50 deaths in Rio's favelas.

Brazilian officials have attempted to block these neighborhoods from the festivities — putting up painted screens, deemed "sound barriers" and even moving favelas away from Olympic stadiums. The country had promised that the Olympics would be a chance to improve life in these areas, and so far residents have been disappointed. "I really don't think they had the intention of improving low income neighborhoods as an Olympic legacy. I think they said that because it was good marketing," Teresa Williamson, who runs an advocacy group for Brazil’s favelas told CBC News.

These facts paint a dark picture, but tourists who wander into a favela may not be in as much danger as it appears. Tourists and athletes will be well protected in Rio, said Robert Muggah, head of research at the Igarapé Institute, a security think tank based in Rio, informed International Business Times. He estimates that more than 80,000 security personnel will be deployed to guard the city. That may be little comfort to the residents of the favelas, many of whom have suffered police brutality in the name of security. If you are planning to visit the favelas, travel sites suggest you go with a local guide or tourist company and save the selfies for another time.