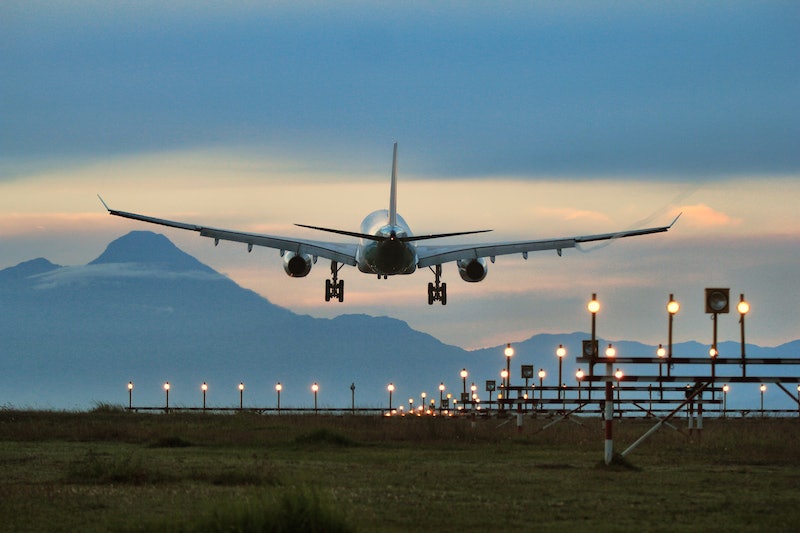 There is no way to get around this: long-haul flights suck. They suck if you're in economy, and they suck if you're in First Class; even if you have access to private chefs and butlers, 26 hours in a giant metal cage is always monotonous. However, there are ways to make it easier on yourself beyond getting a neck pillow, charging all your devices, and making sure you have every episode of David Attenborough’s career on your tablet. (Don’t trust the entertainment options on flights; even if they’re excellent, your in-flight TV may break, and you’ll be left with a day of staring into space.) If you handle yourself correctly and are willing to do a little research( and spend a bit of extra money, in some cases), you can get through your flight like a pro.

I’ve been flying long-haul since I was a small child, and I deeply envy my smaller self for her ability to drop off for 10 hours at a stretch. Sydney to LA or London (over 20 hours, and on occasion up to 27) is never pleasant, and I never settle into the economy seat without a faint feeling of inevitable boredom; but it also doesn’t have to be an absolute disaster. Hygiene, entertainment, food and health can all be maximized even without getting upgraded (though I’d highly recommend doing that if you can).

Here are seven ways in which you can hack your long-haul flight. You’ll still be dazed and smelly at the end, but you may be a bit happier.

1. Take A Change Of Clothes In Your Carry-On

Accidents happen. That baby in the seat next to you might decide to have a spit-up; you yourself might spill your meal all over your front; or it may simply be appealing, after 20 hours on a plane with nine more to go, to change and put your dirty clothes in a plastic bag. This is particularly useful when you're traveling between different climates, as the “layering” advice you get for most long-haul flights isn’t particularly useful if you’re switching from tropical weather to ice and snow.

The real boon of packing a change of clothes in your carryon, though, is to help in case of accidents with checked luggage. According to Forbes, in 2015, 7.3 bags per every thousand were “mishandled” internationally, leaving their owners without a change of clothes, at least temporarily. Sure, most of those are returned to their rightful owners within two days; but you do not want to be the person stranded without a spare pair of underwear in a foreign city, even for two days. Trust me.

For most of us, showers on long-haul are thought of as the exclusive domain of the first-class passenger (Emirates, for instance, has an entire shower suite in their A380 First Class for individual use). But just because you’re flying commercial doesn’t necessarily mean you need to deprive yourself of the option. Passenger lounges in airports worldwide offer shower access for a fee; Heathrow has five different shower locations, Singapore's Changi Airport has six, and JFK has the much-lauded Delta Club, among others. Some showers are pay-on-arrival, while others prefer you to book beforehand, but a few hours’ layover gives you ample time, and most aren’t all that expensive to access. Some aren’t in lounges at all; Narita Airport in Japan has eight shower suites available to all passengers after passport control in the departure area. If you can’t time it right, for heaven’s sake, at least take along some baby wipes to give yourself a brief “wipe-down” when you start feeling dirty.

3. Luxurious Toiletries Are A Must — But No Perfumes

Being trapped in a giant compartmentalized flying tube with hundreds of other people in cramped quarters is hardly a situation in which you feel at your most human. So treat yourself. Keeping your skin moisturized is a good way to combat the drying-out effects of plane air, which will be particularly pronounced after many hours. But be considerate of your fellow passengers; they can’t move away from you, so while perfumed creams or sprays may be comforting to you, they could be nauseating to them. (Frankly, you may not be so fond of the smell, either, after sixteen hours with it on your skin.)

The science behind why airplane food is so terrible is actually fairly encouraging: it turns out that it’s not actually that the food itself is terrible (though it well may be). Rather, it's that when we're in noisy environments — and planes are immensely noisy, even if you’re seated at the tail end and cushioned somewhat from the sound — various taste buds seem to function in different ways. A study from Cornell in 2015 found that plane-level noise dims our sense of sweetness while enhancing our ability to taste savory flavors. You may not be able to do much about this, but if you want to give your plane snacks a chance of tasting decent, it’s worth experimenting with earplugs or noise-canceling earphones while eating. You can also take appropriately-sized hot sauce in your carry-on, if you like.

5. Test All Sleep Aid Options Out At Home Before Trying Them On The Plane

The sleep aid industry is a flourishing one, and while some seasoned travelers eschew all possible sleep-inducing pills and potions in favor of a soothing cup of chamomile tea, you might be tempted to invest in something more powerful. If that’s the case, Independent Traveler strongly advises that you test it before you actually board the flight, in controlled conditions; otherwise you might be dealing with unexpected side effects in midair. This is particularly the case with prescription sleep aids, but also applies to anything you’ve got from the over-the-counter sleep aid section of the drugstore, too. Take it from somebody who accidentally gave herself a migraine on a 16-hour flight with some over-the-counter antihistamines: try them out at home first.

An interesting 2001 study made a case for dark chocolate snacks on planes: they may help reduce your risk of deep vein thrombosis, the condition of blood clots in the legs caused by being immobile for a long time. It was suggested by the small study, which involved 25 volunteers, that dark chocolate has around the same effect as a baby aspirin on the prevention of thrombosis; it appears that flavonoids that occur naturally in small chocolate doses reduced the ability of blood to clot, lowering deep vein clot risk.

It’s not all pie in the sky, either; a Harvard study from 2012 found that flavonoids do in fact have a marked impact on clot risk, though it focused on another specific flavonoid which is found in apples and oranges, among other food. (Pine bark extract is another clot-buster in nature, incidentally.) Stock up on on-board snacks accordingly; meals may be served, but snacking opportunities are often few and far between. Note that you may have to dispose of all food before you land in a stopover destination for customs reasons, though.

This is a case of preference, but some people find that they deal with jetlag — the real killer when it comes to long-haul flights — better if they disembark at a halfway stop, spend a few days adjusting, and then continue onward. This is obviously only an option if you’re neither time nor money-poor; but it’s not uncommon to take, for instance, a few days in Malaysia on the way from Sydney to Paris. For some, attempting to move through several different time zones in a brief period, rather than shifting between one at a time, can confuse the issue and make them less capable of adjustment. And if you have the potential to take the time, a “city break” on your way to an ultimate destination may break up the journey monotony, give you a chance to shower and sun yourself, and make you look like a country-hopping badass.