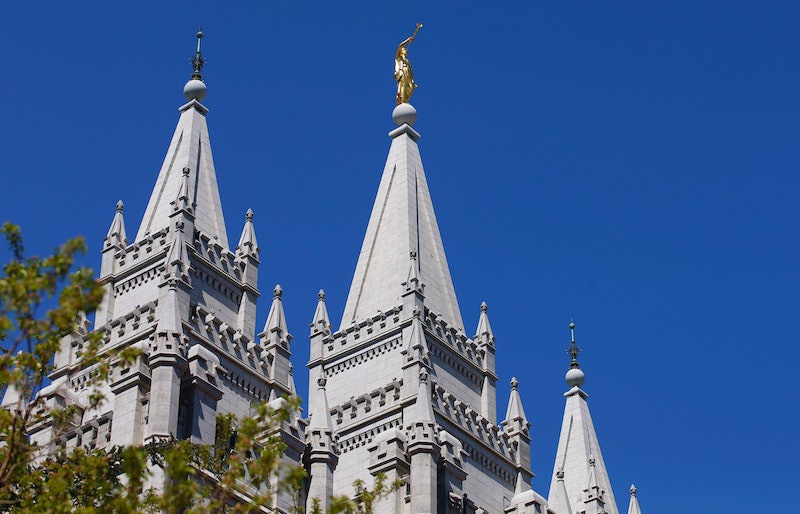 On Monday, the formerly all-but-unknown Republican staffer Evan McMullin made national headlines with reports of an independent presidential run. Up until news of his candidacy broke, the 40-year-old McMillan served as the chief policy director of the House Republican Conference, and prior to that, he worked for the Central Intelligence Agency. With McMullin reportedly throwing his hat into the presidential ring, many Americans are wondering about both his professional but personal background, especially his faith. McMullin is a Mormon. What does that mean for a presidential run?

One obvious potential effect is McMullin could pose a serious threat to Donald Trump in Utah, the state with the largest Mormon population and one that is usually considered a GOP certainty in elections. McMullin completed his undergraduate degree in international law and diplomacy at Brigham Young University, which is affiliated with the Church of Latter Day Saints and located in Provo, Utah — which reinforces his tie to the state and could further increase his odds of a win in the state. Of course, McMullin would need to get on the ballot there first. He's already missed the deadline to be on the ballot in 26 states, according to Quartz. However, he still has a week to get on the ballot in Utah. CNN's Tom LoBianco wrote, "Utah, which is typically a reliably red state in presidential contests, has emerged as a possible toss-up. If McMullin were to draw enough conservatives from Trump, he could possibly throw the state to Hillary Clinton."

McMullin's tie to Utah isn't the only part of his Mormon background that could add to his general election appeal. He also served as a Mormon missionary in Brazil. While not related to his religion, in 2001, McMullin also volunteered for the United Nations High Commissioner for Refugees in Amman, Jordan. According to his description on McMullin's LinkedIn profile, he "[v]etted and processed UN-recognized refugees from the Middle East and Africa for resettlement to third countries." The combined volunteer humanitarian work could make McMullin even more attractive to Republicans looking for a non-Trump option come November.