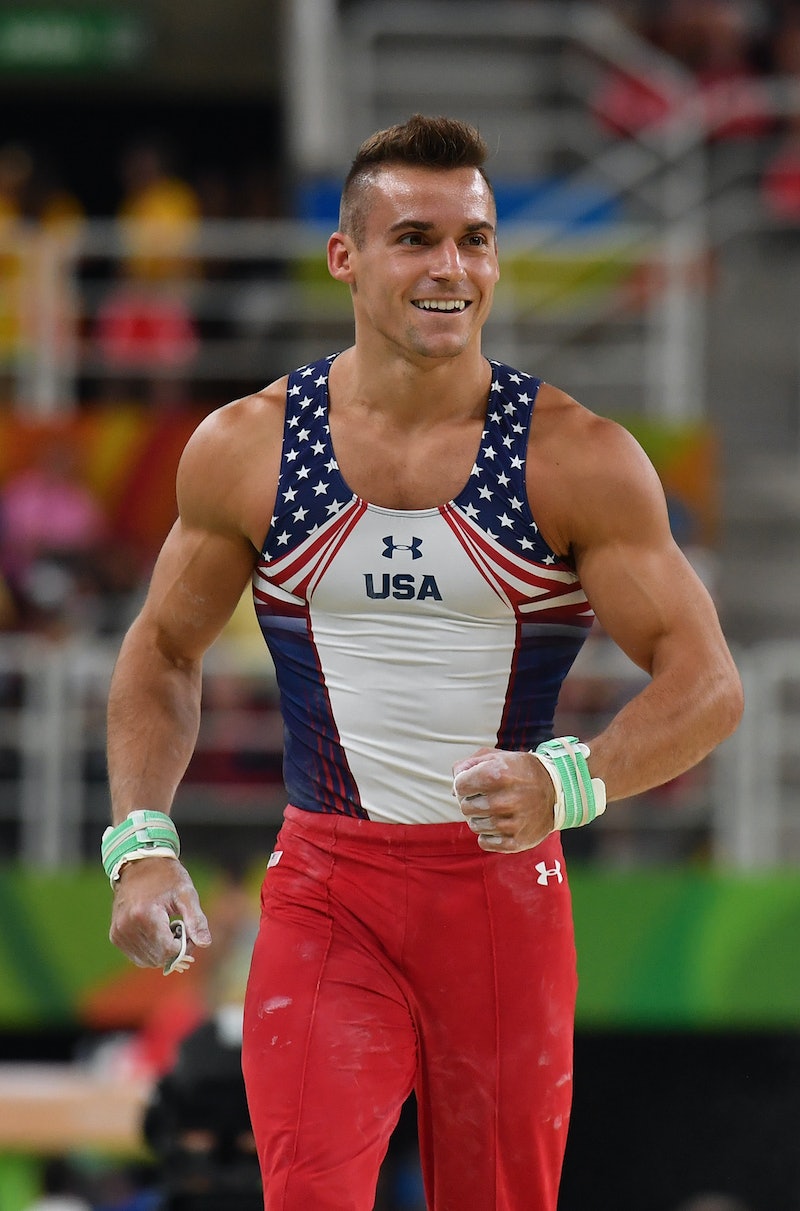 With the 2016 Summer Olympics in full effect, I'm sure fans of those on the United States gymnastics team can't help but wonder about the personal lives of the athletes. Who are they? What do they do in their downtime? How did they get to this point in their lives? As interesting as all those questions are, some of you might be more intrigued about who they're dating or if they're single. Like, who is Sam Mikulak's girlfriend? Unlike many of his fellow teammates, the 23-year-old gymnast keeps his personal life somewhat private.

Can you blame him? Seeing as he's a famous athlete and in the spotlight as an Olympian, this may very well be the reason there aren't a ton of photos out there of Mikulak and his girlfriend. Plus, if you scroll through his Twitter, he doesn't share a lot about his relationship, either. Let's just say he is nowhere near as open about his love life as swimmer and fellow Olympian Michael Phelps. However, that doesn't mean Mikulak has remained completely tight-lipped when it comes to discussing his girlfriend.

According to Player Wives, Mikulak is dating Anissa Ciani, a graphic designer. As the site points out, Ciani "hasn’t actually appeared in [Mikulak's] social media feed for about a year," but that doesn't necessarily mean they aren't still together. He seems to be dating someone (or had a recent breakup), which he mentioned in a March interview shared on NBC's official Olympics website. After being asked if he likes to travel, Mikulak answered, "I love traveling to new places. My favorite place I've been is Cinque Terre, Italy." He then added, "I went to visit my girlfriend who was studying abroad and a couple friends came along with me. It was a really sunny day and we hiked up these amazing mountainside cliffs to the most colorful towns where we had great meals and lounged in the sun in good company."

Note that he didn't say "ex-girlfriend" or "former girlfriend" when referring to his girlfriend, but used the present tense. If Ciani and Mikulak are still dating, it's important to note that she is a talented graphic designer with lots of experience. Just by scrolling through her portfolio, you'll notice Ciani definitely knows a thing or two about design. Based on her resume, she attended the University of Michigan, which is also where Mikulak went. There's a good chance that's how the two met.

Also, thanks to some super sleuthing, her resume also details a "Fine Art Practice" she did in Florence, Italy. If you recall the above quote from Mikulak, he said he visited his girlfriend in Italy. It sure seems like he was referring to Ciani. Obviously, between March and August, their status could've changed, but these two definitely have a connection. I mean, this photo from Ciani's Facebook says it all.

It's unclear what Ciani does currently, since her LinkedIn shows that she left her most recent position as a designer at Excel Sports Management. Like Mikulak, Ciani also is somewhat private. Who knows if the two are still together, but if she just happens to be spotted in Rio watching Mikulak in action, then that will be the only confirmation needed.

More like this
Jake Daniels Just Became The UK’s First Active Football Player To Come Out As Gay Since 1990
By Sam Ramsden
Are Gemini & Sagittarius Compatible In A Relationship?
By Kristine Fellizar
Are Gemini & Scorpio Compatible In A Relationship?
By Kristine Fellizar
15 Flirty "Thinking Of You" Texts That’ll Make Your Crush’s Day
By Lexi Inks
Get Even More From Bustle — Sign Up For The Newsletter