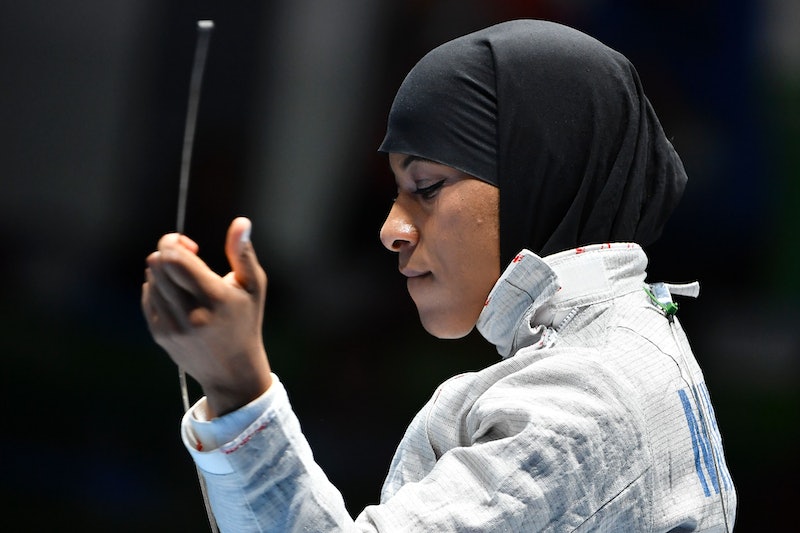 The internet allows us unprecedented behind-the-scenes access to places, times, and events that in previous generations, us regular people could barely fathom. This can be both a blessing and a curse, but in the case I'm going to consider it a blessing: Because I both love the Olympics and am kind of nosy, I have accrued a list of Olympic athletes to follow on Twitter during the Rio games. Because I want to know what's going on behind the scenes at all times and thanks to social media, I can. Hail the digital age, truly.

In years past, what goes on in the Olympic village, as well as the personalities of athletes off the podium and away from literally billions of eyes, has remained something of a mystery. An annoying mystery, in my opinion. I'm not a year-round sports fan, so maybe I don't "get" it, but don't you want to know what your fave athletes are really like? Don't you want kind of want to feel like you're all pals (even though in retrospect, that's actually kind of creepy)? A person's game face is oftentimes vastly different from what they're like as IRL humans. Now, obviously, no one is required to give the public an eye into their personal lives — but for those who don't mind the idea, Twitter is a great way to discover who is especially fun,

Now, maybe I'm biased, seeing as how I'm American, but I've been primarily following members of Team USA. Not because I don't like other teams, but because my time is limited this round of Olympics, and keeping tabs on the humans rocking red, white and blue is just easiest. (Apologies to all non-Team USA fans.) Here is my list. Here are my portals into Rio. Here are the accounts that make me feel like I'm ~chillin'~ on the beach watching world class athletes do sports and stuff. Because we're all in this together, whether we're actually in Rio or not.

I mean, any of the Team USA Gymnastics team is delightful on Twitter (probably because many of them are teens and therefore digitally native), but Simone Biles is on TOP of it with her constant interaction with fans and fellow Olympians. I can just hear her giggling as she typed the above tweet. (Well, not literally, but you know what I mean.)

Danell Leyva is beautiful, Danell Leyva is an incredibly talented gymnast, and Danell Leyva made headlines recently with his self-proclaimed feminist outlook on the sports world. Oh, and he fanboys over Leslie Jones just like the rest of us — see above. I can't stop giggling.

If you've ever wanted or needed a role model for confidence and strength, um, hi, meet Claressa Shields. At 17 at the London Games, she was the first U.S. woman to win a gold medal in boxing. Shields is now returning to Rio with a professional record of 74-1 (yes, she's only lost once ever). She's unapologetically self-assured. I love her.

Ryan Lochte, fan favorite swimming boi, is back at it again with constant Twitter updates from behind the scenes at Rio. Plus a fair amount of selfies. I couldn't ask for anything more.

The American sprinter Allyson Felix is a staple on gold medal relays, is great at composing inspiring tweets, and has been keeping us all updated with the haps in Rio. And watching her hand out with Serena Williams is kind of the best.

My personal, long-time crush on Nate Ebner notwithstanding, this rugby player (and New England Patriots teammate — yes, he plays two sports with amazing ability, I know, he's perfect) has been consistently posting since arriving in Rio — pics of his teammates, pics of Rio's natural beauty, pics of himself with other cool professional athletes. Conclusion? Team USA Rugby is simultaneously weird and hot.

Dubbed "America's Sweetheart" after her performance at the 2012 London Games, Missy Franklin has fought her way through some very public growing pains, both literally (she suffered her first major injury as a swimmer in 2014) and metaphorically (college! moving out of your parents' house! being an adult!). Regardless, she remains the most positive, supportive teammate seemingly ever.

Yes, Jordan Burroughs' Twitter handle is @alliseeisgold. Yes, that is appropriate, seeing as how he is a three-time world champion wrestler and defending 2012 Olympic champion. But on social media, Jordan is so supportive of fellow Team USA members, regardless of the sport, and it makes my grinch heart grow many sizes.

Fencer Ibtihaj Muhammad has made history as the first American woman to wear a hijab during Olympic competition. Personally, I follow her because she seems really cool. Like, I can feel myself craving her approval from literal oceans away.

More like this
Remember These Ancient Pieces Of '90s Tech?
By Lucia Peters and Emma Carey
7 Gun Control Advocates To Follow On Twitter
By Madhuri Sathish-Van Atta
TikTok Is Using A Kendrick Lamar Song To Post Thirst Traps
By Courtney Young
Instagram Users Are Reporting Issues Scrolling & Logging In
By Courtney Young
Get Even More From Bustle — Sign Up For The Newsletter