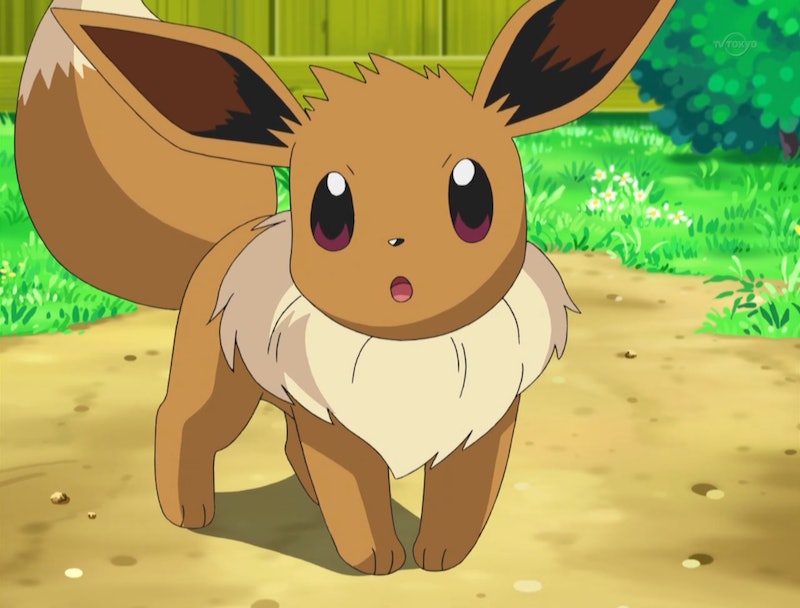 We all have a special shine for a certain Pokemon — Gloom is my spirit animal because of my morose disposition and tendency to drool — but there are certain critters that are crowd favorites. In fact, one Pokemon GO monster that we can't get enough of is Eevee. I mean this literally, because getting the three Eevee evolutions in the app requires a whole lot of catching. But you also can't deny the Pokemon's popularity, although I really have to wonder... what the hell kind of animal is Eevee, anyway?

This question came to my attention at the brunch table yesterday afternoon, when a friend commented I was "that fox Pokemon." I offered up Vulpix whereas our other offered up Eevee. Neither is right, because I am still very much a sad, walking flower (although Vulpix is, indeed, a fox-type Pokemon). But it did get me wondering what's the biological basis for Eevee, as many of the OG Pokemon originated from real life animals. Tauros is an obvious tri-tailed bull, the famous Pikachu is a mouse-type Pokemon, and Rattata is... well, I think you get the idea. But there's nothing particularly distinct about Eevee, so some hardcore investigating/light Googling had to be done.

It's clear from Eevee's fur that the little guy has more in common with mammals. Just one more time for those in the back row: Eevee is not a bird or fish type Pokemon. Ok, Vaporeon may have fins and all, but that's a different story. Likewise, though the tails seem a bit fox-like, I always look to Eevee's ears as a clue. Incidentally, it's far more prominent as a physical quality before it evolves into something a little more elemental. This raised my suspicions that Eevee might have some rabbit origins, too. So what is it exactly? Fox? Bunny? Something else.

The only hint I could properly get was from the Pokemon wiki, which physically describes Eevee as such:

Eevee shares most traits with the fennec fox. However, it's also based on dogs, cats and rabbits. Eevee is said to have an irregularly-shaped genetic structure, enabling it to evolve into multiple Pokémon.

So even if it's still mainly speculation, it's safe to say the Eevee has primarily fox-like traits after all. However, it's not defined like that in the same way as Vulpix, and seems to take cues from a variety of animals. This makes sense when you consider that Eevee is a whole, unstable genetic mess of a Pokemon. Starting with a kind of indistinguishable base of "generic mammal" makes sense when the Eevee really gets strong features as it evolves. But whatever the animal base of Eevee, there's no doubt that it's grown to be one of the most beloved Pokemon!