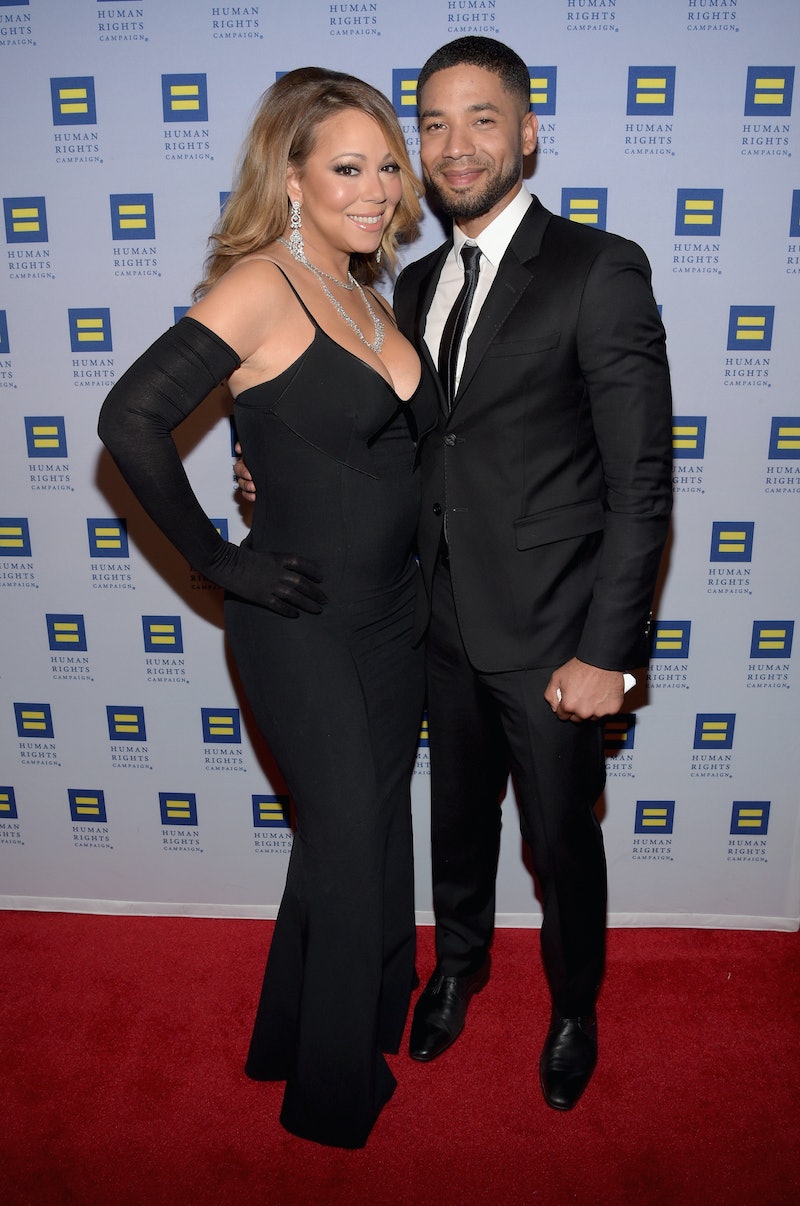 Start practicing your curtsey now, dear reader, because in but a few months’ time, Her Royal Highness of the Lambily Kingdom will conquer the small screen. Nothing but the best genuflections for Mimi. As previously reported, E! docu-series Mariah’s World will premiere in December. Oh, but that’s not all: Mimi will also be a special guest star on a popular Fox scripted series about a family that more or less runs the music industry. Yeah, the thing we thought might happen one day (despite any and all accounts to the contrary) has finally come to fruition: As The Hollywood Reporter reports, Mariah Carey will be on Empire Season 3.

On Monday Fox announced at their TCA panel that the “We Belong Together” singer will appear on the Oct. 5 episode of the primetime soap opera. This will not be Carey’s first time working with show’s co-creators: The celebrated diva appeared in Lee Daniels-directed movies Precious and The Butler, the latter of which was penned by Danny Strong.

So, what do we know about Carey's Empire character so far? Uh, good stuff: According to THR, Carey will play a recording artist named Kitty who sings a song with Jamal Lyon (Jussie Smollett). I repeat: Jussie Smollett and Mariah Carey and their beautiful, beautiful voices will be on the same song. Welp, there is only one way to prepare for such a duet, and it's to practice that curtsey while you watch Carey and Smollett's previous collaboration. On a loop.

Nothing. But. The. Best. Genuflections.

More like this
Britney Spears Met The Weeknd & Sam Levinson, So She May Actually Be On 'The Idol'
By Jake Viswanath
Selena Gomez Joked About Her Relationship Status In Her ‘SNL’ Monologue
By Grace Wehniainen
When Was 'Bling Empire' Season 2 Filmed?
By Alyssa Lapid
Kanye West Rapped About Feeling That His Kids Are “Borrowed” From Kim Kardashian
By Brad Witter
Get Even More From Bustle — Sign Up For The Newsletter