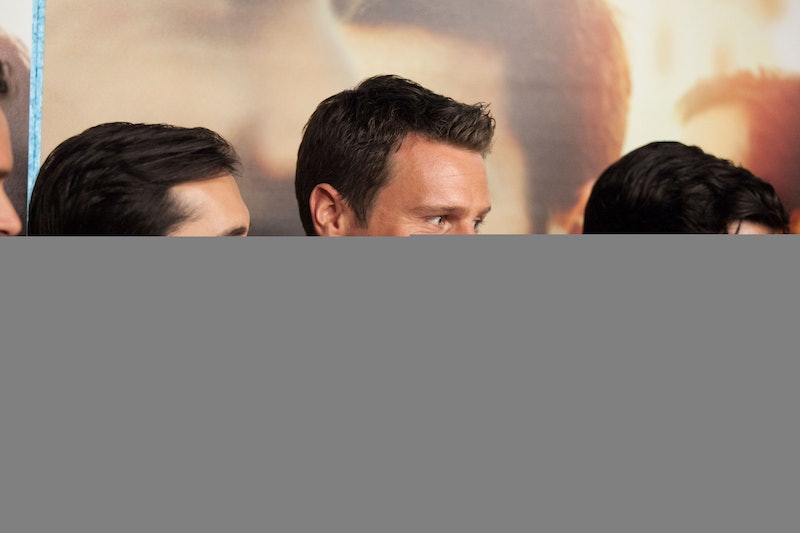 Last night’s Looking finale was everything that’s so watchable endearing about the series all wrapped up into one 30-minute package. It was sweet, intimate, sexy, funny and romantic in so many ways. The well of sexual tension between Patrick and Kevin finally burst, Dom’s pop-up restaurant was a success and he ended the night with a meaningful kiss with Lynn, Augustin was spiraling downward after being kicked out by Frank, and we’re left at the end not knowing what will happen with Patrick and Richie.

Over the course of a short eight-episode long season, we’ve seen Patrick open up to his family about who he is in a way that was disarming and eye-opening for both sides (And Jonathan Groff give some really wonderful and complex performances). He’s still exploring who he is and what he wants and has learned to stand up for himself in ways his friends, colleagues, and mostly himself didn’t know he ever could. We also watched the demise of the relationship between Augustin and Frank which was set up at the top of the series to be the “ideal” or the “dream” relationship. We also got to witness Dom embrace his age and let go of a lot of insecurities in order to pursue things that are actually real.

And if you didn’t watch Looking, start now because the second season is only going to get better. The first season introduced us to these characters and the very intimate details of their friendships, relationships, and sex lives. The first season was a bit slow to start, but really changed gears after the episode “Looking for the Future.” Here’s what we can look forward to in the next season and how Looking will really take shape:

One of the more surprising elements of the Patrick-Kevin tryst is not so much that it actually happened (come on, we all saw it a million miles away with the repeated phone calls)...but the very fact that Patrick was the one with the upper hand in the situation. He’s felt all along that Kevin was the put-together British charmer who was way out of his league. But it turns out Patrick has been the irresistible one all along. It will be interesting to see in Season 2 where this storyline goes. Whether they try to make each other jealous with other men, if the affair continues, or if in the least likely of cases Kevin leaves his current boyfriend in order to pursue a meaningful relationship with Patrick. Jumping from one relationship into another in television and especially in life, tends to end in disaster. But you know, the future generally isn’t what we think about when we’re alone with a person we’ve had the hots for and can’t keep our minds off of...oh, this is going to be good.

Our dear Patrick also looked oddly at peace in the very last shot, curled up on his bed with a passed out Augustin watching The Golden Girls...despite having just had sex with his boss and a break-up/reunion/feelings convention with his ex/boyfriend/lover. Maybe he was comforted by not being the only one whose life is all over the place and can actually help someone who is even more of a mess than he is.

Richie, I liked you from the moment I stepped on that Muni bus with Patrick. Whose heart didn’t break a little when he told Patrick how much he could really fall for him? Agh! However, Richie also has a tendency to be very cut and dry with his feelings. When something goes wrong, he cuts it off. It might not be Patrick’s “readiness” that’s the only problem here, but Richie’s walls. If these two do try again, I’d really like to see more of Richie’s life. We spend so much time Patrick and his circle, but rarely get to see into Richie’s.

I kind of hate to say it, but man, he had it coming. The way he went about the “art piece” with Frank and CJ was way, way wrong. He was also a huge jerk to Patrick and especially to Richie. Oh, and he also showed up to Dom’s pop-up restaurant opening “chemically altered.” All in all, Agustín was a mess this season. Not that we don’t all love a character who can be a truthful mess, because hey, so are we. However, these messes need to be a little more likable. He’s bordering on Hannah Horvath and Marnie Michaels-levels of unlikability and self-absorption. I have a feeling we’ll see him freewheel a bit longer at the top of season 2, and depend on Patrick for complete social and emotional support. It might just take a major blowup between him and Patrick or Dom before he realizes the full impact of his actions and turns things around. Maybe Dom’s newfound motivation will also inspire him to get back to the work he loves. And here’s hoping poor Patrick doesn’t have to plug his ears due to the oodles of post-breakup sex that’s bound to happen through the other side of his bedroom wall.

It’s tough to say how much we will see of Frank in Season 2. He’s made it abundantly clear to Agustín that he wanted NUH-THING to do with him after the break-up (and really, who could blame the guy?). And if we do see him, it’s going to be awwwwwwwkward. Especially since it seems his relationship to Patrick and Dom was founded strictly through his relationship with Agustín. Maybe we’ll see him eat his words about Agustín’s art, at the very least.

Dom’s age has not been shied away from during season one — from his Grindr flirtations in the park to full-on sweaty sex in a shower at the gym to his self-deprecating 40th birthday bash— and addressing it is what makes his character all the more honest. Fingers crossed that his “thing” with Lynn actually develops, and if it does his age will be yet another challenge. And it’s not that he’s so much younger than Lynn, but that his friends are. Will Lynn judge the younger crowd he surrounds himself or worse, will Dom be given the “Richie treatment” by Lynn’s “more mature” crowd? Another likely scenario is that Dom’s arrogance and stubbornness could get the best of him and possibly sabotage a relationship. All in all I just hope that Dom continues to succeed in the restaurant biz and in love... and that we get a lot more screen time with Doris, who is a total scene-stealer.

More like this
'Bridgerton' S3 Teases Exciting Social Season For Penelope Featherington
By Bustle
'The White Lotus' Costume Designer Explains That Accidental 'Princess Diaries' Moment
By Grace Wehniainen
How Is The British Royal Family Related To The Romanovs?
By Karen Fratti
Netflix Bumped Up The 'You' Season 4 Premiere Date — Here's What To Expect
By Bustle Editors
Get Even More From Bustle — Sign Up For The Newsletter