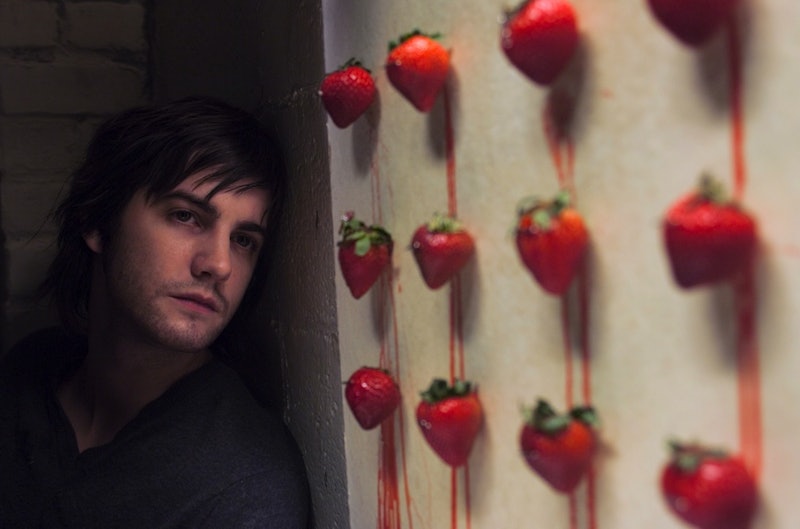 So, you've had a bad day. We've all had moments where life feels like that Daniel Powter song from 2005, and we all deal with it differently. Some people shove down their feelings, others drown their sorrows at happy hour, and others crawl into bed until the sun comes out again. But sometimes when things are tough, a better way to deal is just to let the tears flow and flush it all out of your system. Thankfully, there are plenty of movies to watch on Netflix when you need a good cry.

Whether you watch alone or curled up on the couch with a sympathetic friend or family member, watching tearjerkers on Netflix is a good opportunity to let all your feelings out in the privacy of your own home. No one is going to care if your mascara is smudged or if you go through a whole box of tissues, so have at it. It's definitely a different kind of Netflix and chill, but it's not a bad thing. In fact, if you're somebody who's used to holding back your tears when you're upset, you might find that allowing yourself to have a really deep cry is actually satisfying. So here are some flicks that can be of help with that.

This adaptation of the 2002 novel is an otherworldly story about a girl watching her family mourn in the wake of her own murder.

This movie was is based on the true story of two police officers who were salvaged from the rubble of the Twin Towers after the 9/11 attacks.

Before her Oscar-winning performance in Room, Brie Larson played a supervisor as a group home for teens in this emotional drama.

Tom Hanks' Forrest Gump is arguably one of the most sympathetic characters in cinematic history, so it's nearly impossible not to cry as you watch his journey.

This 2003 film, based loosely on a true story, is about a mentally challenged young man and a high school football coach who takes the young man under his wing.

The breakup scene between Will and Skylar gets me every. Damn. Time.

Based on the true story of a woman who searched for her son for 50 years after he was taken from her, this movie will tug at your heartstrings. Hard.

This adaptation of Jonathan Safran Foer's 2005 novel is about the journey of a boy whose father died in the World Trade Center on 9/11.

Natalie Portman and Susan Sarandon star in this 1999 drama about a conflicted mother-daughter relationship.

Based on the novel The Death and Life of Charlie St. Cloud, this movie stars Zac Efron as a teen who has to learn to move on after the death of his little brother.

Haley Joel Osment in this movie will have you sobbing. Promise.

Forest Whitaker stars in this drama, which is loosed basely on the real-life experience of a man who was a butler in the White House for 34 years.

Any Nicholas Sparks adaptation is pretty much a guaranteed occasion for waterworks, but this one is particularly heartwrenching.

This Oscar-winning Italian film revolves around a young boy whose life is shaped by movies and by his special relationship with a film projectionist.

The story of this movie is shaped around the Beatles songs therein. Expect lots of love, laughter, and loss.

16. The Pursuit Of Happyness

Based on the life and memoir of entrepreneur Chris Gardner, this movie shows the struggle of a single father to find professional success and give his son a better life.

17. Eternal Sunshine Of The Spotless Mind

This movie shows that love can be incredibly painful, but that never having love is even more painful.

Most of the original cast appear in this adaptation of Jonathan Larson's rock opera about bohemianism and the AIDS crisis in 1980s New York City.

This romantic war film has been a favorite of tearjerker fans since its release in 1996.

This beautiful Spanish film (which, heads up, is pretty sexually explicit) reveals a complicated web of relationships between people who have all experienced a great loss.

Just watching some of these trailers might be enough to get the waterworks started, but for the full experience, head on over to Netflix and have yourself a good cry. Getting all your feelings out might actually turn your day around.