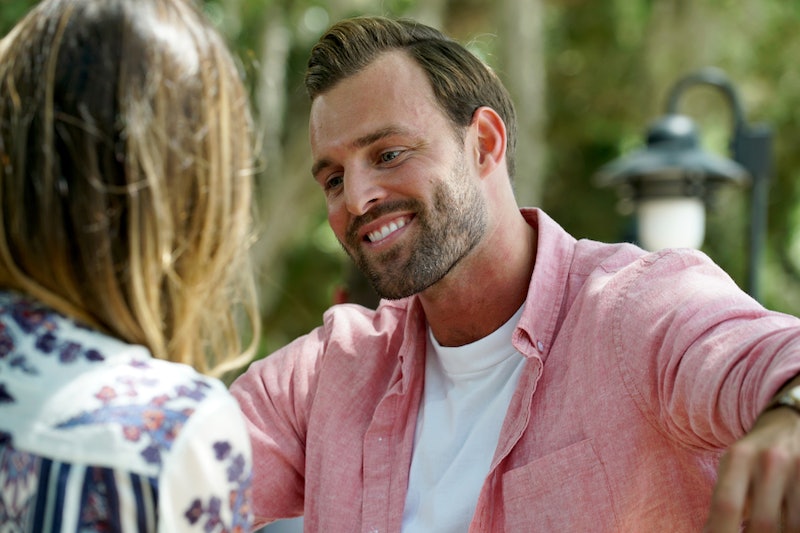 JoJo Fletcher's season of The Bachelorette may have wrapped up with her choosing Jordan Rodgers as the man to which she offered the final rose, but the conversation about who will be the next Bachelor has just begun. One of the men many Bachelor Nation fans hope to see take on the role is JoJo's runner-up, the former competitive swimmer Robby Hayes. Now, with the Olympic Games 2016 in full swing in Rio, Bachelor Nation may be wondering: Has Robby ever been to the Olympics?

From what I can tell, he never made it to the Olympics, but Robby did participate in the 2012 Olympic trials, which is an impressive feat in and of itself. After graduating from Florida State University in 2011, where he broke school records according to his athletic profile, Robby participated in three preliminary events at the Olympic trials in 2012: 50 LC meter freestyle (finished 97th), 100 LC meter butterfly (finished 24th), 200 LC meter IM (finished 43rd). However, Robby didn't make it to the finals in any of his events and, as a result, did not make it onto the men's Olympic swimming team. But, he's still watching the 2016 Olympics and cheering on Team USA swimming:

Plus, although Robby didn't make it to the Olympics in 2012 — and he didn't make a run for the 2016 team either — he hasn't gone too far from the world of swimming. Robby attended the 2016 Olympic team trials in Omaha earlier this summer where he was interviewed by USA Swimming about his athletic career as well as his time on The Bachelorette. When asked whether he was proud to be named the former competitive swimmer of the season, Robby said he's been portrayed well on the show:

Me being the former competitive swimmer on the show, I've gotten lots of compliments out here around the pool deck [in Omaha] about me living up to the swimmer's dream. You know, being out there and looking good in a bathing suit when I'm jumping off a cliff.

Still, he also mentions in the USA Swimming interview that the Olympic trials in 2012 were his last competitive swim meet, so it seems unlikely Robby will be knocking the "former" off his Bachelorette title anytime soon.

Of course, Robby may be looking to do a different sort of water-related activity as he attempts to wade through all the other fish in the sea that aren't JoJo. Whether fans in Bachelor Nation will be able to watch the former competitive swimmer become a professional Bachelor remains to be seen. But, for now, we can all enjoy his experienced commentary on the 2016 Olympics.