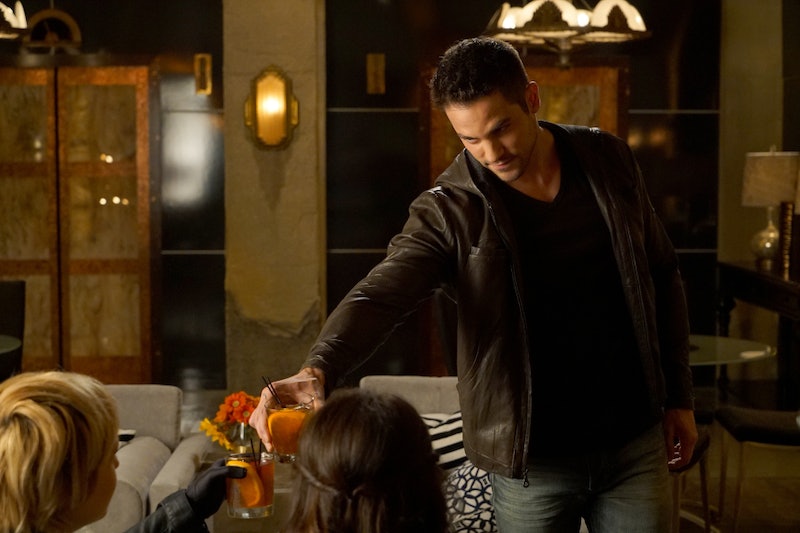 Despite how hard they try, Rosewood is a town people can't seem to stay away from even if they want to — a fact that is becoming more and more evident throughout the course of Pretty Little Liars Season 7. From Jenna to Noel to Jason, this town is getting seriously overrun by characters we haven't seen in quite a while. But as great as it is to see so many familiar faces, their reasons for visiting may not come with the purest of intentions. Noel Kahn's PLL return, in particular, has caught my eye and made me very suspicious of what he could really be up to in all of this. In fact, I'd go so far as to predict that Noel is Uber A and has been secretly been tormenting the Liars since the very beginning of the season.

Noel may have only just shown his face on the show a few weeks back, but that doesn't mean he hasn't been lurking in the shadows this entire time. In fact, not showing himself right from the start would be a pretty genius move since the Liars wouldn't even know to suspect, thinking that he isn't around. (It's the old "out of sight, out of mind" adage.) That means he could've been up to almost anything prior to meeting Jenna and Sara for drinks... like trying to track down Charlotte's killer by any means necessary.

Noel has been a suspicious and unpredictable character since Day 1 of the series. I mean, even his last name, "Kahn," sounds like Con — as in a con artist. So it's possible that I. Marlene King has been trying to elude to his true nature right from the start. His older brother knew Charlotte from her days as Cece Drake and he himself could've established a close connection to her throughout the years as well. He's proven many times before that he enjoys pulling pranks on others and scaring them. He may have learned of Charlotte's A game and happily taken part in all of it.

Then again, maybe their relationship developed later during Charlotte's time in the hospital. Maybe, just like Jenna, he was involved in Rollins' scheme to trick Alison, but when Charlotte died, he decided to take up the A mantle and evoke justice on those responsible. A lot can happen in the course of five years, so while Noel's high school antics may have come across as childish and immature, he could be taking on a much darker persona these days.

Jenna may look like she's running the show of whatever devious plan they're concocting, but don't let appearances fool you. For all we know, Noel could be the one who's truly in charge and willing to go to extreme lengths to get the answers he's looking for.