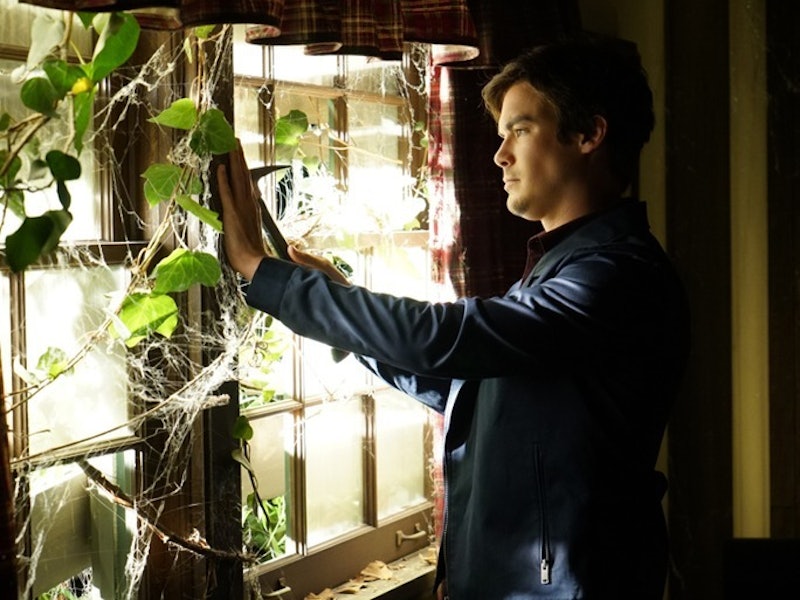 Welp, it's official — every PLL fan's worst nightmare may, in fact, be coming true. At the end of Tuesday night's episode, Freeform revealed a promo for next weeks' episode titled "Exes and OMGs," which shows Caleb getting hit by a car with Noel Kahn behind the wheel. That's right, my friends, our beloved Caleb is going to get hit by a freaking car and based on Hanna's screams of terror, it's going to be just as awful as it sounds. But is Caleb going to die on Pretty Little Liars ? I wouldn't jump to that conclusion just yet.

Granted, I can't deny that things definitely look bad for Caleb right now. The fact that he is just laying there after he's hit, without moving, isn't very reassuring. But that doesn't automatically make him a complete goner. After all, it's not as if we haven't seen characters come back from worse things. Plus, Caleb is so beloved by viewers, I can't see I. Marlene King killing him off so suddenly like that, especially now that he and Hanna are single again. To deprive us of a Haleb reunion would be too cruel even by A's standards. Odds are he'll just have to spend some time in the hospital recuperating from his injuries... right?

Honestly, the more times I watch this clip, the more nervous I get regarding Caleb's fate. But I refuse to accept that this is the way his storyline will end. He deserves so much more than this. Let's just hope that the writers feel the same way. And in the meantime, try your best not to panic.