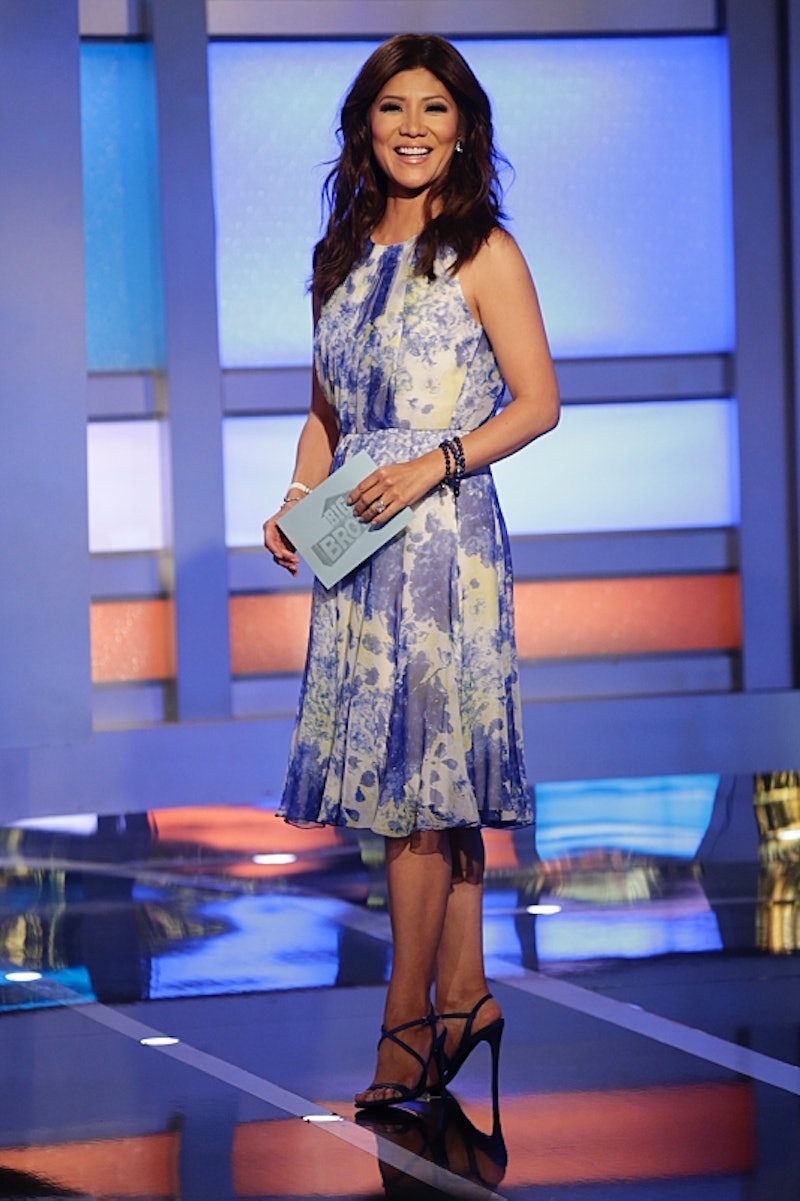 My favorite summer pleasures include chasing the ice cream man, hitting various hotel pools (I live in a city, so I basically will sweat to death otherwise), and, of course, watching Julie Chen act as overlord to a bunch of reality television stars on Big Brother. So far, Big Brother 18 has proven to be just as entertaining as seasons past (except I don’t know how to feel about Zaulie, but I don’t think anyone does), and I don’t want it to ever end. Luckily for the fans (aka you and me), CBS just announced that Big Brother has been renewed for two more seasons of evictions and crazy challenges.

As reported by Deadline, Julie Chen will return to CBS with Season 19 in the summer of 2017 and Season 20 in the summer of 2018, so don’t make summer plans for the next two years, OK? Deadline also reports “all three weekly broadcasts of Big Brother rank among the top five programs in A18-24, and the top 10 programs in A18-49.” What does that mean in layman’s terms? It means that millennials and Gen Y — aka the most prized target audiences for advertisers — are watching Big Brother in droves, so of course CBS is going to keep the show going. Ratings may have declined year-over-year, according to Deadline, but there have been 18 seasons of Big Brother — some people are bound to lose interest. Plenty are still watching!

The producers of Big Brother aren’t stopping with summer shows, though. In another article, Deadline reported the announcement of an autumnal edition of Big Brother, to take place after Big Brother 18 wraps. Since there is zero room on the CBS schedule to fit another show in this fall (there are just too many episodes of The Big Bang Theory to show), this new edition of Big Brother will air solely on CBS All Access, the network’s live streaming and video-on-demand service. The format will probably have to be toyed with for an all-digital audience, but I think it’s a great idea. So many people are cutting their cable cords and turning toward streaming services, so it’s probably an ideal way to get CBS users and Big Brother fans that are on the edge to commit. The live feeds of Big Brother shown on CBS All Access are also wildly popular (you know, because they actually show things besides evictions), and this is basically the all-live-feed edition of Big Brother.

The renewal announcement shows that not only does CBS really believe in Big Brother, but it also is bridging a gap between the past and the future. CBS recognizes that though it may be seen as a network for older folks (my dad watches every iteration of NCIS, as do all dads I think), there are plenty of young people who watch Big Brother in the summer. The one-two-three punch of two more television seasons coupled with an all-streaming season shows that CBS just wants people to watch this very successful show, and they’ll pack in viewers any way they can. I know I'll be watching.