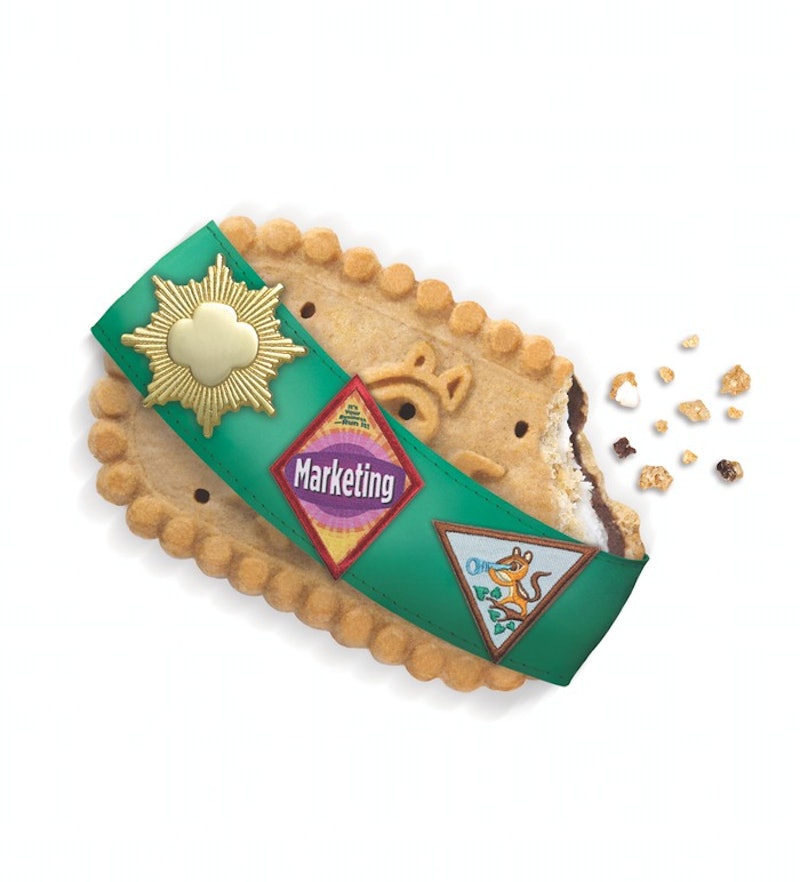 I was a brownie when I was a little girl, and I'm pretty sure that the best part about the experience was the perfection of my s'mores-making technique, and the Girl Scouts just took their s'more game to a whole new level. In honor of National S'mores Day, the Girl Scouts of America has announced not one but two s'more-inspired cookies. But, I'm hungry now, so I'm obviously wondering when can I get S'mores Girl Scout cookies? Unfortunately, this announcement is just that for a while — the two new s'more flavors will hit select markets during the 2017 Girl Scout cookie season.

In most markets, Girl Scout cookie season starts in January, making it the perfect time to make eating more chocolate and marshmallowy goodness one of your New Year's resolutions. The scoop on the two s'more-inspired cookies is thus — one of the cookies is a graham cookie dipped in crème icing and coated in chocolate. The other is a crunchy sandwich cookie with chocolate and marshmallow filling, basically the other cookie turned inside-out.

The 2017 cookie season will also mark the 100th year of the national cookie-selling tradition for the Girl Scouts. The roots of the tradition began in 1912 when an Oklahoma branch of the Girl Scouts started raising money for their troop by selling cookies in a local high school cafeteria. Five years later, it became an official nationwide fundraiser. So, fill up on Halloween candy and Christmas cookies for the rest of 2016, because it's gonna be a long six months until you can get a taste of deliciously meta Girl Scout S'mores cookies.