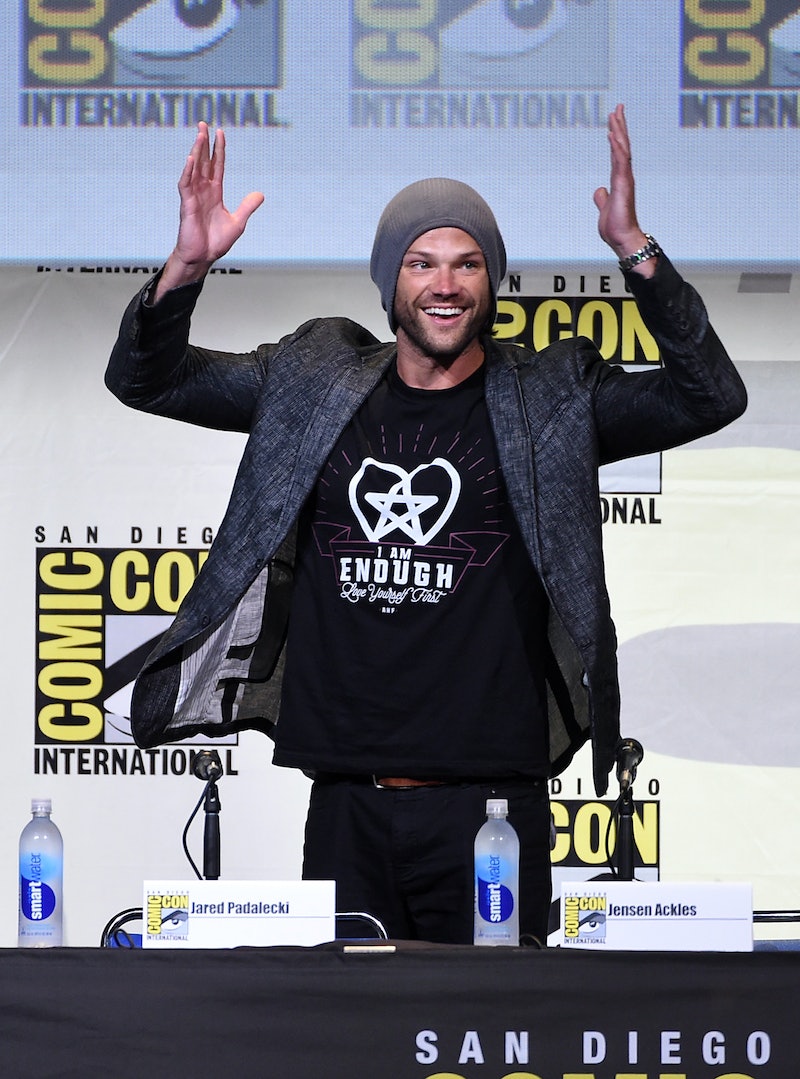 On Wednesday, a man made news after being spotted climbing Trump Tower in New York City with the use of suction cups. He only made it to the 21st floor before being apprehended by authorities. As of Thursday, the 20-year-old man's name has not be released, but it seems like Supernatural and Gilmore Girls fans have it figured out. During the madness, many thought the Trump Tower climber was Jared Padalecki. Yes, Sam Winchester/Dean Forester, himself. As much as some of the photos of the climber surprisingly do resemble JarPad, it most definitely was not him.

Actually, Padalecki took to social media to let everyone know that he was obviously not taking time out of his day to climb a 68-story building. Alongside a photo of the anonymous climber, Padalecki wrote on Facebook Wednesday, "To clear things up, this is NOT me trying to scale the Trump Tower in NYC. I am safe and sound in Vancouver filming ‪#‎Supernatural‬. So please stop asking."

See? He has a pretty solid alibi. He also took to Twitter to clear up any confusion and wrote, "I would like to wish #BizarroJarpad the best of luck in climbing the Trump Tower. #???" I'm not sure if the 34-year-old actor came up with the hashtag "#BizarroJarpad" himself or if fans are responsible. Either way, it's brilliant.

If you take the time to scroll through Twitter and research "#BizarroJarpad," the images and tweets that come up are amusing, to say the least. Padalecki surely has some dedicated fans, who just can't get enough of him, even when he may or may not be scaling a skyscraper. Here are just a few of their reactions.

Bringing Michael Phelps Into The Mix

So that's how Phelps got those cupping marks?

It's All About The Twins

Not only does JarPad have a twin, but Jensen Ackles and his wife Danneel Harris Ackles are having twins.

And a damn good one.

It's A Typical Day For JarPad

Basically, this is Jared Padalecki's Day Off.

Here's hoping the upcoming season of Supernatural incorporates Bizarro JarPad into the mix somehow. That'd make for not only a great episode title, but an entertaining storyline.