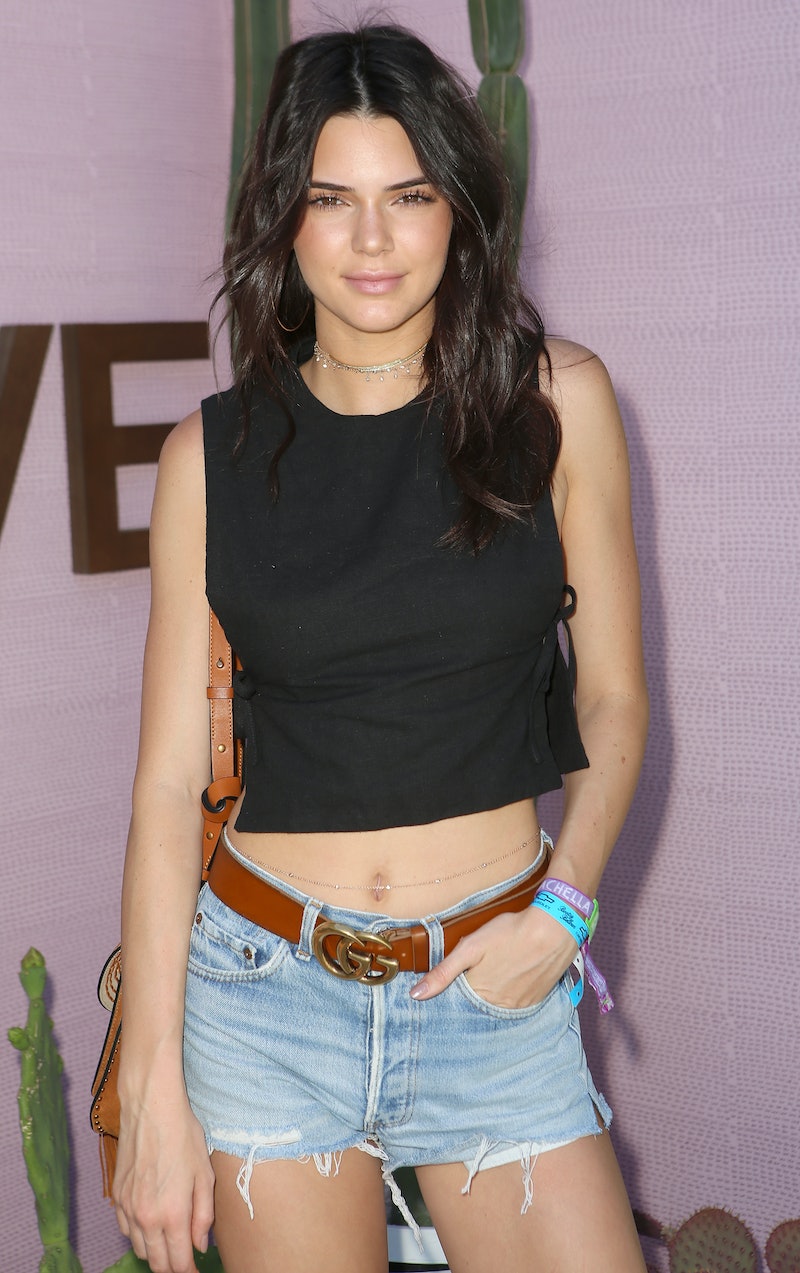 When it comes to the Kardashians, people often have very polarized opinions about my favorite reality family. It seems you either love them or hate them; there is no in between. But in the midst of formulating those opinions, does anyone actually stop to think that these are actual people? It's easy to forget they're mere mortals, but now, Kendall Jenner is reminding us. In her cover interview with Vogue, Jenner opened up about what her sisters have taught her, and a lot of it is about coping with what people say about them.

In the interview, Jenner said:

"People say a lot of what they think, and it’s not always positive. And we never say anything. We just take it. And then when people meet us, they’re pleasantly surprised. Because we aren’t what people think. One of the best lessons I ever learned from my sisters is not to take everything so seriously. Just leave it alone — it will pass in a week. That’s how I grew up. My sisters are so f*cking strong, and they taught me and my little sister to just toughen up and not let it affect us. You know what's real."

Here's the thing, though — even though Jenner is putting on such a tough exterior, there have been countless times that we've seen where she and her sisters can't always just ignore what people say, the older Kardashians included. In fact, earlier this week, Kim Kardashian shared her best clapback tips — skills she wouldn't have had to develop if she hadn't, at some point, been bothered by what people say and think about her. And on Keeping Up With The Kardashians, how upset Kylie gets about being unable to live a normal life has been a storyline more than once, whether she's dealing with creepy stalkers or overwhelmed by the amount of people who are interested in her and what she's doing.

There are a lot of perks to being a Kardashian-Jenner, but there are a lot of pitfalls, too. They might seem hard to crack on the outside, but that doesn't mean they're not internalizing the words they're trying to ignore. We've seen so many times that it does bother them sometimes, no matter how tough they act.

It's important that Jenner has shared how she feels about what people say, because it's a good reminder that although they might seem like they live perfect lives on Instagram, Jenner and the rest of her family are just people with really cool jobs. They might seem unreachable through a computer screen, but they have feelings too. It's awesome that they've found ways to deal with the negatives of their lifestyle, but it's a bummer that they've even had to. Who wants to have to learn how to deal with death threats and rude comments, especially at such a young age?

No matter what you think of them, Jenner and her sisters are tough, strong women. They'd have to be to survive their Twitter mentions!