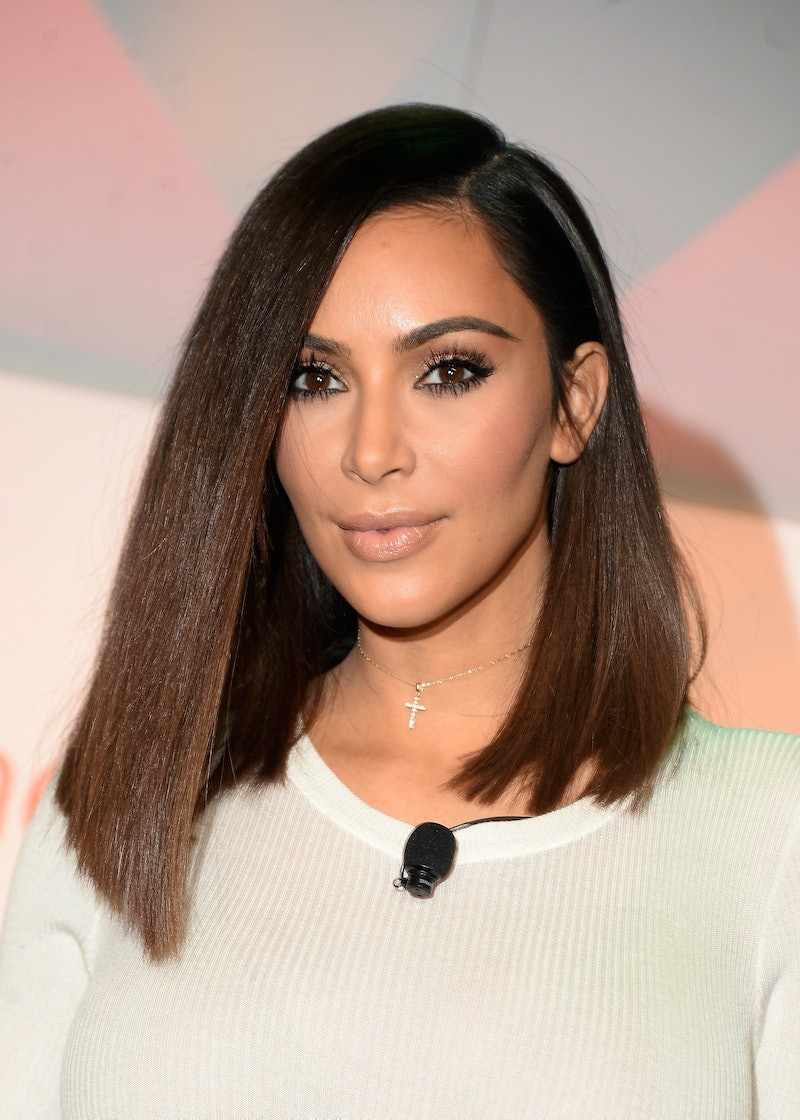 If there's anyone who knows how to deal with internet haters, it's Kim Kardashian. Between starring on Keeping Up With The Kardashians, being one of the most followed celebrities on Instagram and Twitter, and being married to Kanye West, homegirl deals with a lot of criticism. But fortunately, it sounds like she's discovered a foolproof way to deal with it, and her method is actually genius. In a new video for her site, Kardashian explains her clapback process, and it all starts with a very important question she asks herself before she decides whether or not interacting with an online troll is worth her time.

In the vid, Kardashian and her BFF, Jonathan Cheban, talk about how much negativity and judgment they both face, especially when it comes to Twitter. For Cheban, it's mostly hearing strangers accuse him of doing nothing with his life but hang out with Kardashian and her family, and for Kardashian, it often has to do with the way she looks or people making assumptions about her life that are totally untrue. So how does she decide whether it's worth it to ignore the haters or call them out? Her method is something we could all benefit from.

Most of us mere mortals may never have to deal with thousands of strangers coming at us in our Twitter mentions at once, but that doesn't mean Kardashian's advice can't be applied to our every day lives. As someone who takes everything personally and struggles with letting the little things go, this is something I'm going to try. Because she's totally right. Most bad things that happen in our lives (or rude things people say to us) genuinely will not matter in the relatively near future. In fact, chances are you're not going to remember what happened or what was said this time next year. So why spend another second letting it affect your present?

Once again, Kardashian has given me more reason to believe that she has actually missed her calling as a life coach. Maybe she'll write a self help book instead? I'd totally buy it, because her advice is gold.