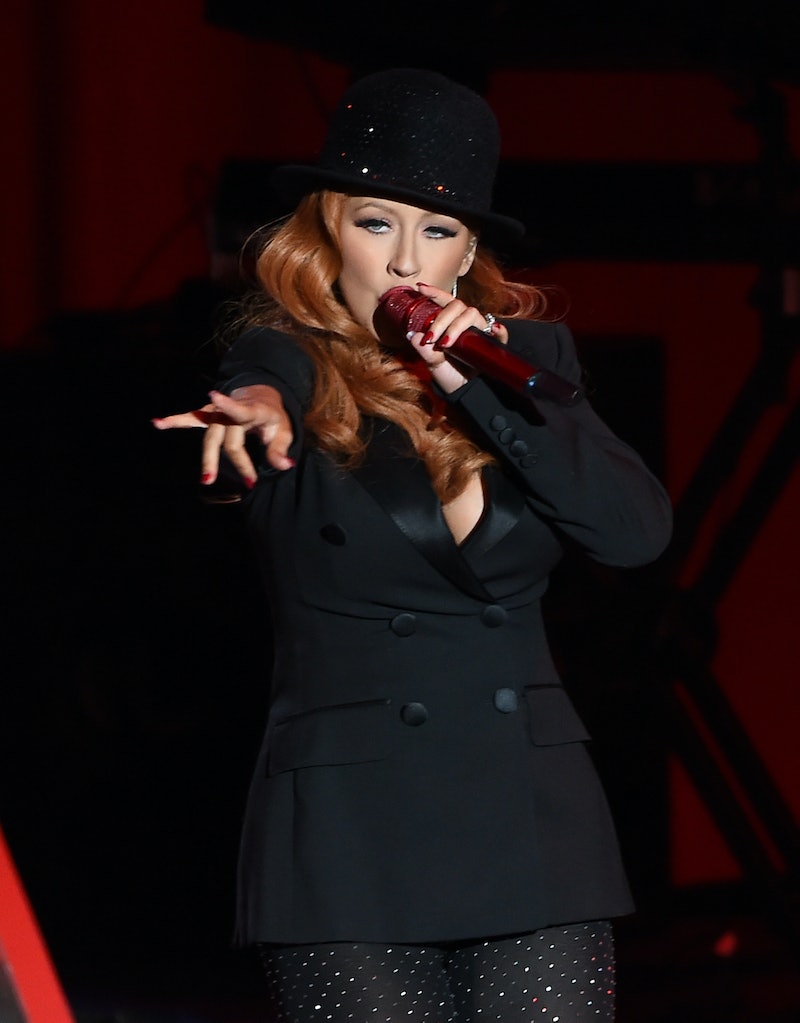 Baz Luhrmann's brand-new Netflix series, The Get Down, is throwing it back to the late '70s. But the release of Christina Aguilera's new single, "Telepathy" for the show's soundtrack gives '90s kids a healthy dose of nostalgia for their own childhoods as well. The aesthetic of the 1970s sound good in Aguilera's voice, and it has been quite some time since fans have heard new music from the The Voice coach. Her last album was the 2012 released, and I for one think it's time for Aguilera to release a new album.

But it's not just the existence of the song that gives Aguilera fans that '90s vibe. There's also a lot of similarity between "Telepathy" and the singer's 1999 hit, "Genie In A Bottle," which makes the new album feels hit particularly hard. While "Genie In A Bottle" focused on a crush and "Telepathy" is about an already deep connection, both songs give off that sexy, supernatural vibe. I mean, do these lyrics give you a hint of that classic '90s Aguilera we all know and love or what?

You know how to read my mindI'm lost and it's you I findRush into my side to hold me tight, you hold me tight

Songs about everyday relationships in the tone of something totally magical is Aguilera's thing — especially when it's paired with one seriously catchy beat.

There's a whole new (yet familiar) '70s sound that's just waiting to make its comeback with Aguilera by its side. And the timing of some new vocals couldn't be better, since Christina Aguilera isn't the only '90s pop queen back on the scene. The upcoming release of Britney's Spears' new album, Glory is already proving that the '90s "It girl" has still got it. If that were combined with the release of a new Christina Aguilera album, it could turn into the modern day version on the ever-so-popular Britney Spears versus Christina Aguilera feud '90s kids remember all too well.

Ether way, Aguilera will be setting the tone for Netflix's The Get Down, so tune in and get ready to hear a throwback of a soundtrack.