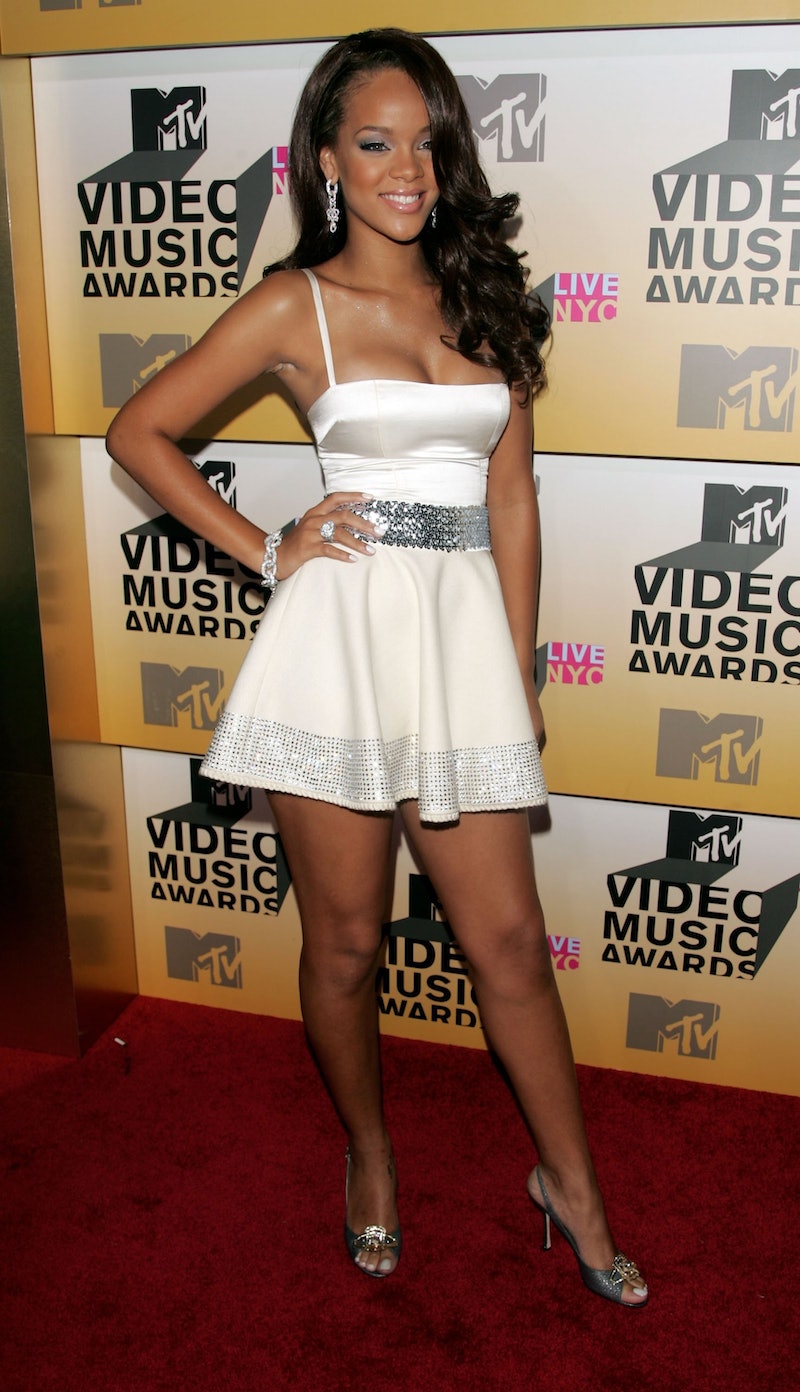 Pop quiz time: Do you remember when Rihanna performed at the 2006 VMAs? If you do, way to go, champ! Now, if you haven't the slightest idea as to what I'm talking about, please don’t fall into a shame spiral; not recalling Rihanna’s 2006 VMAs set doesn’t mean you are a bad fan, nor does it mean your mind is shrouded in a wicked fog. The question was a quasi trick question (I’m sorry) because Robyn Fenty didn’t technically perform at the MTV Video Music Awards in 2k6. A decade before Rihanna was named the 2016 VMA Vanguard, she sang a few jams at the 2006 VMAs kickoff concert at Battery Park. Yes, on August 29, 2006, just a few months before she catapulted to the peak of the pop music universe with the unstoppable force that was “Umbrella,” Queen RiRi graced the stage at the show-before-the-show-before-the-show.

I’ll break it to you straight: Before today, I did not know this pre-pre-show happened. That all changed when I heard the news that Rihanna will receive the Vanguard Award this year. After saw the announcement, I did the only thing that felt right: I fell down a RiRi YouTube video rabbit hole. Some minutes (or maybe hours?) later, I stumbled upon some clips of a young Rihanna singing hit singles "S.O.S." and "Unfaithful" for a lucky crowd the Tuesday before the 2006 VMAs. Aaaaand here we are:

Aw, RiRi! Look at you, you burgeoning megastar, you!

And just one decade later, she went and won the Vanguard crown. Er, trophy. Gosh, I wish it was a crown.

Ready for a bonus video? Here's the 2k16 Vanguard singing her breakout smash "Pon de Replay" at the 2005 VMAs pre-show:

May that Rihanna reign never let up.