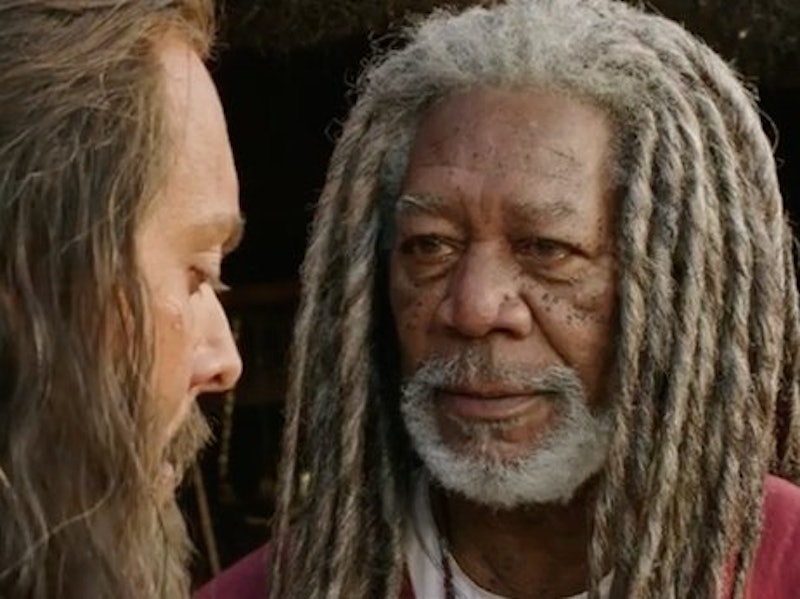 There are some films that are considered to classic to ever remake. Casablanca. Citizen Kane. The Godfather. Some people used to count Ben-Hur among that list. The 1959 film was the biggest and most expensive movie of all-time when it was made, and is still ranked by AFI as the number two epic film ever after Lawrence of Arabia. The movie won 11 Academy Awards, including Best Picture, which is still tied for the most all-time. And its chariot racing scene will forever be an icon of cinema. So why is there a movie called Ben-Hur coming out on August 19? Is the new Ben-Hur a remake?

Yes and no. While on the surface, the movie certainly appears to be a remake of the 1959 film, but it's more complicated than that. See, the 1959 movie was itself a remake of a 1925 silent movie of the same name, which was in turn based upon an 1880 novel by Lew Wallace called Ben-Hur: A Tale of the Christ. According to Timur Bekmambetov, the director of the new movie, its from this nineteenth century original story where Ben-Hur 2016 draws the bulk of its inspiration. Here's what he told Dana Feldman of Variety when asked about similarities to the classic version of the film:

"This is a completely different movie, based on a different script, with a different idea at its core ... The world has changed a lot and the revenge theme that was used in the 1959 film feels even more visceral in today’s world. Our film emphasizes instead the importance of forgiveness."

So although the new film has mostly the same basic premise and characters as the old film, it touts a different theme; which effectively does change the movie entirely. Plus, in addition to this possibly monumental change, the movie will be stylistically very different as well, as Bekmambetov told Slashfilm's Jack Giroux that it would be more down to earth and realistic than its predecessor.

"The style comes from the script and the tone of the movie. For example, in [ the new] Ben-Hur, it’s very, very different. The visual concepts are very different, because it was very important ... to make it as grounded as possible and as real as possible. In the whole movie, there’s not one slow-motion shot. It’s handheld, no huge crane shots, slow-motion, or whatever. It’s a very grounded style of filmmaking, which was important ... This movie is the third movie based on this book. No matter what, people will compare it [to the 1959 film], and there’s no way you can survive comparisons made to the classical movies. People will not compare us to the movie, but to the dream, the memory [of the movie]. The movie should be very different in order to survive, and that’s why [the new] Ben-Hur is very realistic. It’s a realistic, deep drama, not a huge tentpole attraction. It’s just drama."

The classic Ben-Hur is an epic in every sense of the word, while the new version sounds like it's going to be more of a personal drama (albeit one with a $100 million budget). The filmmakers are taking great lengths to sell their film as being different from the Ben-Hur fans are familiar with, and it sounds like they might just pull it off. So call the new film a reimagining or a re-adaptation if you must — just don't call it a remake.