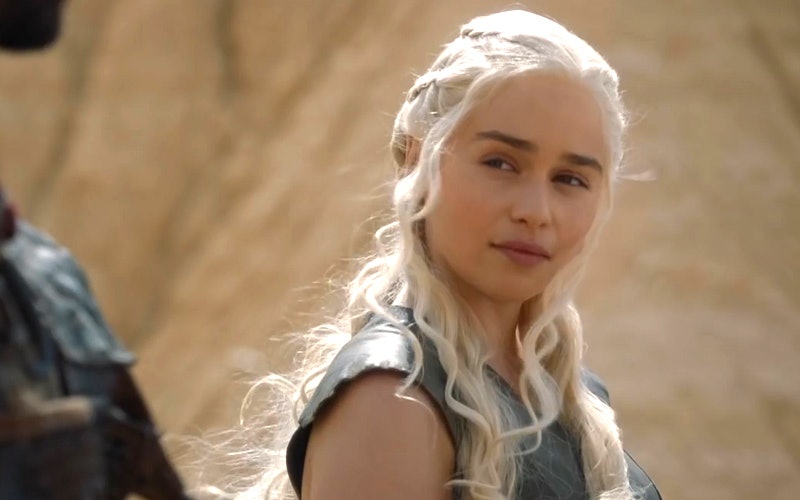 It may be the middle of summer, but for fans of Game of Thrones , winter has come. The show concluded its sixth season on June 26 with its longest, most eventful episode ever; and since it ended, fans of the show have been wandering around the dark and dreary television landscape like a horde of wights looking for another piece of entertainment to latch onto. Thankfully, since this is summer, the local multiplex should hold something of value for fans of the show. So what summer 2016 movie will Game of Thrones fans love?

There are a few options that seem to jump out immediately. At first glance, Warcraft would seem to be the most logical choice. It's a medieval fantasy film full of special effects with some gray areas between good and evil. But Warcraft is also high fantasy, which appeals to a certain subset of nerd culture, while Game of Thrones is decidedly fantasy-lite and has a much broader appeal, so I don't see many Thrones fans going crazy over Warcraft. Then there's Pete's Dragon, which features the requisite dragon, but is a family movie with decidedly lower stakes than the very adult drama viewers look to Game of Thrones for. But one film coming up this summer features a number of the factors that make Game of Thrones such a phenomenon: Ben-Hur.

A remake of the 1959 classic that won 11 Oscars and practically invented the epic genre, Ben-Hur has a lot to live up to, and in doing so it should have some massive appeal to anyone who's enamored with Westeros. So here are a few of the reasons why Game of Thrones fans are going to love Ben-Hur.

The movie is going to be so grand in scale that it will make Thrones look tiny by comparison. There are massive battles in deserts, snowy mountains, and at sea; plus the insane climactic chariot race that looks absolutely thrilling. It's like four episode 9s strung together.

The movie takes place in Ancient Roman times, which should be aesthetically pleasing to anyone who likes the look of Game of Thrones — especially Daenerys' storyline.

The plot of Ben-Hur centers around Judah Ben-Hur, a Jewish prince, who is betrayed by his adopted brother, a Roman officer, who sentences him to a lifetime of slavery and oversees the deaths of his mother and sister. When Ben-Hur finally manages to break free, he only wants revenge on his brother. Are these guys Lannisters, or what?

Ben-Hur's quest for revenge naturally ends up being larger than a personal vendetta against his brother — it also offers the chance to upend the entire Roman political system; specifically their exploitation of slaves. Breaker of Chains, anyone?

When you play the game of thrones, you win or you die, as Cersei so eloquently put it in Season 1. The chariot race of Ben-Hur has remarkably similar stakes: If you lose, you die.

OK, this has nothing to do with Game of Thrones, but who wouldn't want to see Morgan Freeman with dreadlocks?

For all these reasons, Ben-Hur, out Aug. 19, should help Game of Thrones fans forget that there are no new episodes coming for a long time — even if only for a couple of hours.