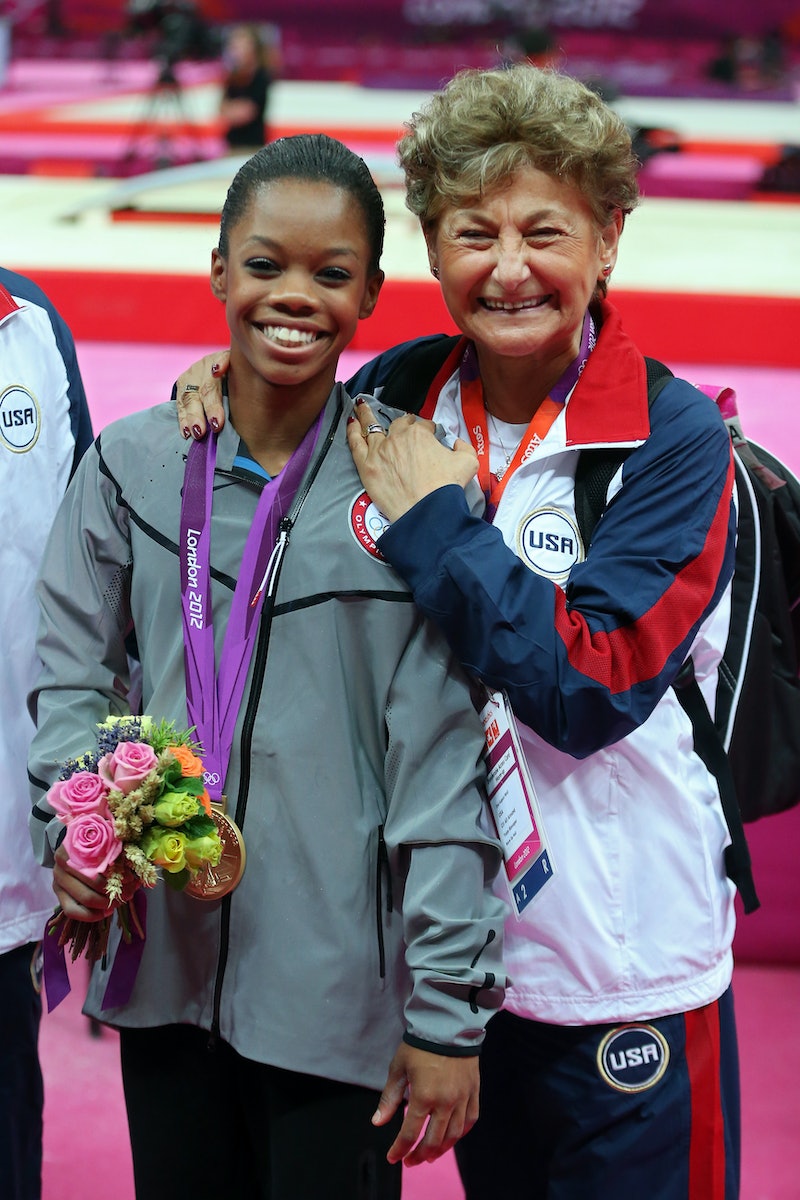 If you've been following the 2016 Olympics, you're likely aware that the U.S. gymnastics team calls themselves the Final Five. The gold medal-winning group chose this name for a very special reason — they're memorializing the final year that Márta Károlyi is the U.S.'s National Team Coordinator. As Simone Biles explained on Twitter, "we dedicated our team name to The Legend Marta, so when we told her she started crying. WE LOVE HER." According to the New York Times, Károlyi has been coordinator since 2001. Prior to that, the 73-year-old had decade's worth of gymnastics coaching experience with her husband Béla Károlyi. And the Final Five isn't her only success story — she has a history of fostering champion gymnasts.

Although it's bittersweet that Károlyi's time with the sport is coming to an end, her legacy will not be forgotten. Prior to coming to coach in the U.S., the couple worked with athletes in Romania, namely Nadia Comaneci, who was the first to get a perfect 10 in gymnastics in 1976, according to Cosmopolitan. When the pair came to the States in the '80s, their pattern of coaching champion athletes only continued to grow. It's no wonder they've become synonymous with success in the sport.

Back in 1984, the Károlyis coached Mary Lou Retton, who made history as the first-ever U.S. woman to win a gold medal in gymnastics. Is that impressive or what? Plus, she won five awards total that year, which was the highest amount in the '84 games. Even if that was the only successful coaching story, it'd be worthy of acknowledgement, but that's not all they've done. Two other noteworthy athletes that the couple coached include Kim Zmeskal, who was the all-around world champion in 1991, and Kerri Strug, a member of the U.S.'s 1996 championship team.

It was also in '96 that Márta Károlyi became the head coach of the Magnificent Seven. The Magnificent Seven was the first U.S. women's gymnastics team to win the gold. Then in 2001, she took over as National Coordinator, replacing her husband, who had the role in 2000. According to the Associated Press, the U.S. female gymnasts have totaled 88 world championship and Olympic medals under the guidance of Károlyi — and that number may very well increase by the end of the games in Rio. Even just looking back at the past two Olympics (Rio and London), it's clear that her girls go for the gold. Remember when the Fierce Five took home the top honor in 2012?

As for why Károlyi is so successful, Simone Biles may have hinted at the answer when talking to the Associated Press. Biles said,

"She is a very intimidating lady. She'll tell you how it is. She wants you to succeed. She never wants you to look back and say 'I could have given it more.'"

Yet it's hard to believe she's too harsh, since the current U.S. team respects and loves her so much — as seen in Biles' aforementioned ALL CAPS declaration on Twitter.

Based on the above, it will probably be tough to replace Károlyi once she retires this year. She and her husband created an undeniable impact with U.S. gymnasts.