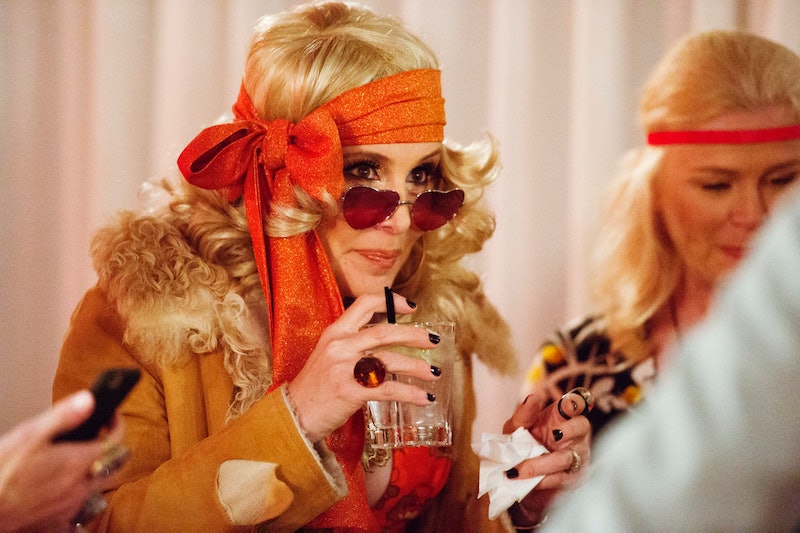 Another Real Housewives party, another epic blowout. There are at least two a season, right? Kelly Dodd and Shannon Beador had it out (and that’s an understatement) at their recent 1970s-themed party, and damn, it was ugly. It was basically everyone screaming at each other, saying that they were cheating on their spouses and having affairs and Vicki and David Beador up in each other’s faces like baseball players after someone gets hit by a pitch. You get the idea. For some reason, Kelly called a meeting with Shannon on Real Housewives Of Orange County to clear the air between them, and let’s just say that they did not seem ready to make up yet.

Kelly and Shannon met at an outdoor café (there was wine there, so that was important), and Kelly jumped into interrogating Shannon. Um, Kelly, I thought you called this meeting so you could apologize? Shannon basically said as much, and when Kelly pushed back, Shannon brought up the most egregious point of the fight — when Kelly screamed across the party that David, Shannon’s husband, was right to have an affair on Shannon. That moment was low and down and dirty, especially because Shannon and David have very much moved past his affair. At this point in the “apology” conversation, Shannon asked Kelly if she needed “an etiquette book,” which is so Luann de Lesseps and a surefire sign that this meeting was going south.

Eventually, the women kind of agreed to disagree on their fight? It didn’t end with any resolution, just both women talking about how they don’t want “negativity” in their lives. Maybe don’t scream about alleged infidelities across a crowded party then, ladies, huh? All I know is that these conversations are far from over — the producers are going to milk this fight for at least three more episodes, and all of the other women are going to get dragged into Kelly and Shannon in the Thunderdome. Can’t wait to see how it all works out!