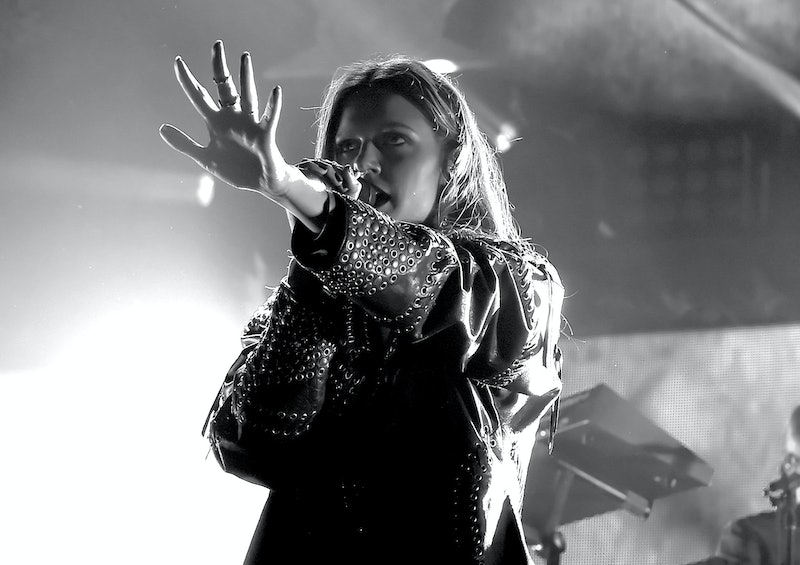 Since it was released, Tove Lo's first album, Queen Of The Clouds, hasn't left my playlist. So now that her new single is finally here, it's time to get excited about sophomore album Lady Wood (great title) which is due in 2016. Tove Lo's "Cool Girl" is your new summer anthem, with a confident message. Not only are her songs catchy as hell, her lyrics are so slyly insightful, you don't even know you've been hit with a major truth bomb until it's too late. 2016 has already been an exciting year for the Swedish singer, with her song "Scars" being made the lead single from the The Divergent Series: Allegiant soundtrack, and her duet with Nick Jonas, "Close," causing all sorts of rumors about the pair to be started. Now "Cool Girl" is here to make what's left of the summer really sizzle.

Speaking to Rolling Stone about her new single, the singer said, "I got the first inspiration from the Gone Girl movie. She's gone full psycho, and she's sitting there talking about, 'He wanted a cool girl, so I ate pizza. I drank beer. I made a size two. I didn't give a f*ck that he checked out other women.' I was thinking about it, and it's really true." Knowing that Lo was inspired by such an iconic moment brings a whole new meaning to the single, as Rosamund Pike's character in the movie was truly creepy and completely brutal. But the song is about so much more, which is why you should listen to it right now.

Alongside its filmic inspirations, "Cool Girl" is the perfect summer anthem because its bold lyrics demand to be sung out loud. Not only is the single about valuing your independence, it's about embracing atypical relationships and refusing to be defined by somebody else. In "Cool Girl," the singer finds power in keeping a relationship casual saying, "Let's not put a label on it, let's keep it fun." Above all, the song is about remaining in control of a relationship and, most importantly, making choices that suit you.

The line "I wanna be free like you" is enlightening because it suggests that the other person in this relationship is allowed to keep things casual, but the speaker isn't. It hints at the outdated expectations often placed on women to only be in monogamous relationships. Like all of Tove Lo's music, "Cool Girl" is another electro-pop anthem, focused on being true to yourself, and owning all of the decisions you make, even the bad ones, and that's empowering.

In Rolling Stone, Lo asks, "Why do we try to be someone we're not to make someone love us?" and it's such an important point. "Cool Girl" is the summer anthem you need right now, because it's about loving yourself before anyone else, and refusing to change because someone tells you to. What could be better than that?