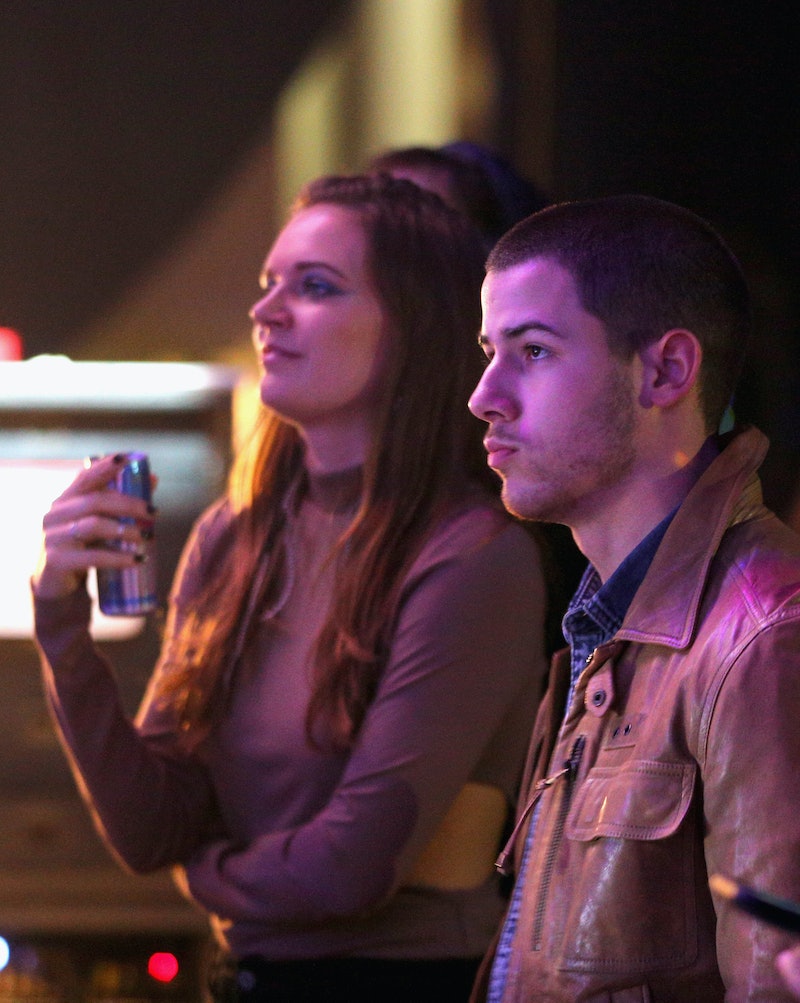 When Nick Jonas and Tove Lo released their steamy new music video for the song "Close" this past March, one thing was for sure: It was hard to ignore the attraction between these two. Now, of course, the basis for both the song and the concept of the video could be largely in part to why I might feel this way, but it does leave one to wonder: Are Nick Jonas and Tove Lo dating? The two of them are set to perform their collaboration at the Billboard Music Awards, so I just have to know if that also means that they're going to show up on the red carpet as each other's date. (Or if we can expect another on-stage "Marvin Gaye"-type performance.)

Sadly, Tove Lo was sure to tell Entertainment Weekly in an interview that she's, "known Nick as a friend for a couple of years” upon the release of their touchy-feely new music video. And, in a recent appearance on The Ellen DeGeneres Show , the former Jonas Brother directly addressed his relationship status in saying, "I really am [single]," and shut-down rumors of him being tied to actress Kate Hudson. But, when it comes to each other, no official ties outside of their work seem to have been made. Aside from the unquestionable amount of sparks flying in the "Close" music video that is.

The steaminess of the video could also just be the result of some incredible acting on their parts. After all, Tove Lo also revealed in her EW interview that, "Watching him [Nick Jonas] really giving it all triggered me to do the same. You feed off each other’s energy. We were both covered in mud, bruised up, and bleeding by the end of the shoot — but still with big smiles on our faces. It was awesome.”

So, moving forward, 'shippers of the musical duo will just have to keep a look out for whether or not these two are getting close outside of the Billboard Music Awards stage. Personally, I'm really hoping these two go all out for this one. A relationship between Tove Lo and Nick Jonas would definitely be one to watch.