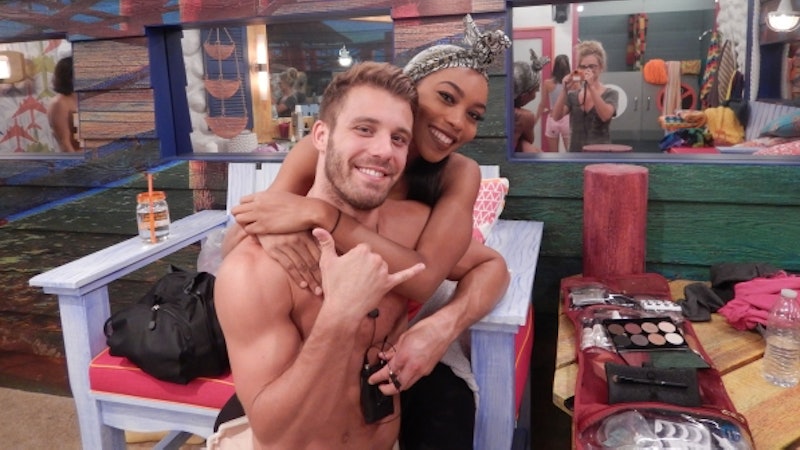 Despite Paulie being instrumental in why Zakiyah was evicted on Big Brother 18 , she's still pulling for him to win. In her email exit interview with Bustle, Zakiyah expresses frustration at certain houseguests like Natalie, Bridgette, and Michelle, but remains pretty pro-Paulie even though he didn't to pull her off the block when he won Veto. When asked who she wants to see make it far in the game, Zakiyah says she's rooting for Paulie along with Corey and Nicole.

That wasn't all she had to say about her showmance partner, either. She explains what went on behind the scenes of Paulie choosing not to use the Veto, and it sounds like there are no hard feelings there. "We both talked about not ruffling any feathers," Zakiyah says. "We didn't want to risk people that we were working with going up as a replacement. We thought that Michelle was a bigger target and she was able to sway the votes."

As for who Zakiyah does blame for her eviction? "Natalie, Bridgette, and Michelle," she says. "I look forward to seeing them very soon. I will say that it was Paul's idea to put me on the block initially though."

That may be, but let's not forget what Paulie said when the idea of nominating her first occurred.