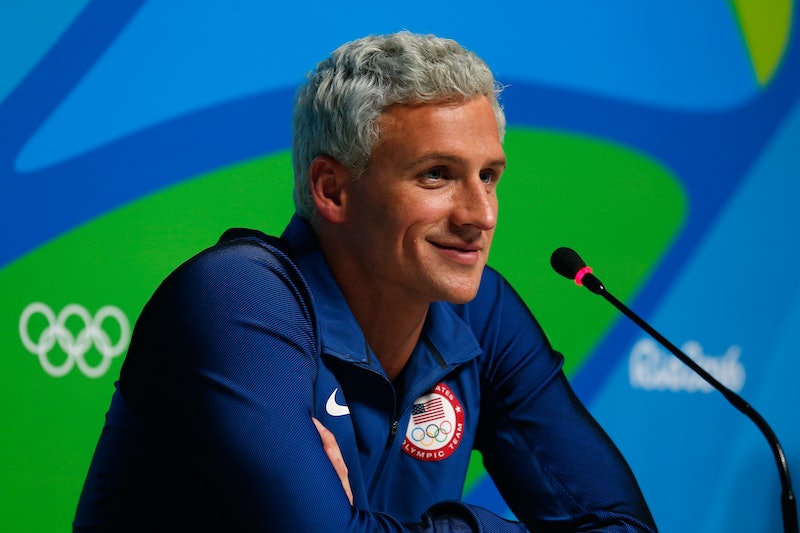 Olympic gold medalist and newly blonde swimmer Ryan Lochte was reportedly held at gunpoint while attending a party in Rio de Janeiro, Brazil. Lochte himself has not commented on the hold-up, but his mother reportedly told Fox Sports News on Sunday that the incident was "terrifying." The alleged incident occurred just days after his Olympic competitions came to an end. Update: According to the Associated Press, after saying that the report of him being robbed at gunpoint is "absolutely not true," Olympic officials said Lochte and three other swimmers were robbed by people posing as police.

According to the early reports, Lochte had gone out to attend a party at the invitation of Brazilian swimmer Thiago Pereira. According to The Independent, Lochte wasn't the only American swimmer to be invited. It's unclear if others attended with him.

Since the incident, Lochte has reportedly returned safe and sound to the Team USA base in the Olympic Village. This year's Olympic competitions are over for Lochte, but the excitement around him appears to be continuing. Lochte finished his last race of the Rio Games on Thursday, coming in fifth in the 200-meter individual medley. Prior to that, Lochte was one fourth of the American 4x200 freestyle relay team, which took home the gold medal.

Even before the Olympic swimming competitions kicked off last week, Lochte had been making headlines thanks to a dramatic change he made to his appearance. Lochte dyed his hair a bleached-blonde-but-maybe-light-blue shade before the Games. Then, it turned green — but not as green as that one Olympic pool —after he swam in the chlorine-treated water. Now that his competitions have come to an end, at least for now, the conversation around Lochte has taken a turn for the even more dramatic.

More like this
Prince William Reveals Charlotte's Hidden Talent In Ultimate Proud Dad Moment
By El Hunt
The Nike & Jacquemus Collab May Have Been Inspired By Princess Diana
By Frances Stewart
7 Expert Tips For First-Time Pickleball Players
By Carolyn Steber
The 10 Best Longline Sports Bras, According To Reviewers
By Danielle Calma
Get Even More From Bustle — Sign Up For The Newsletter