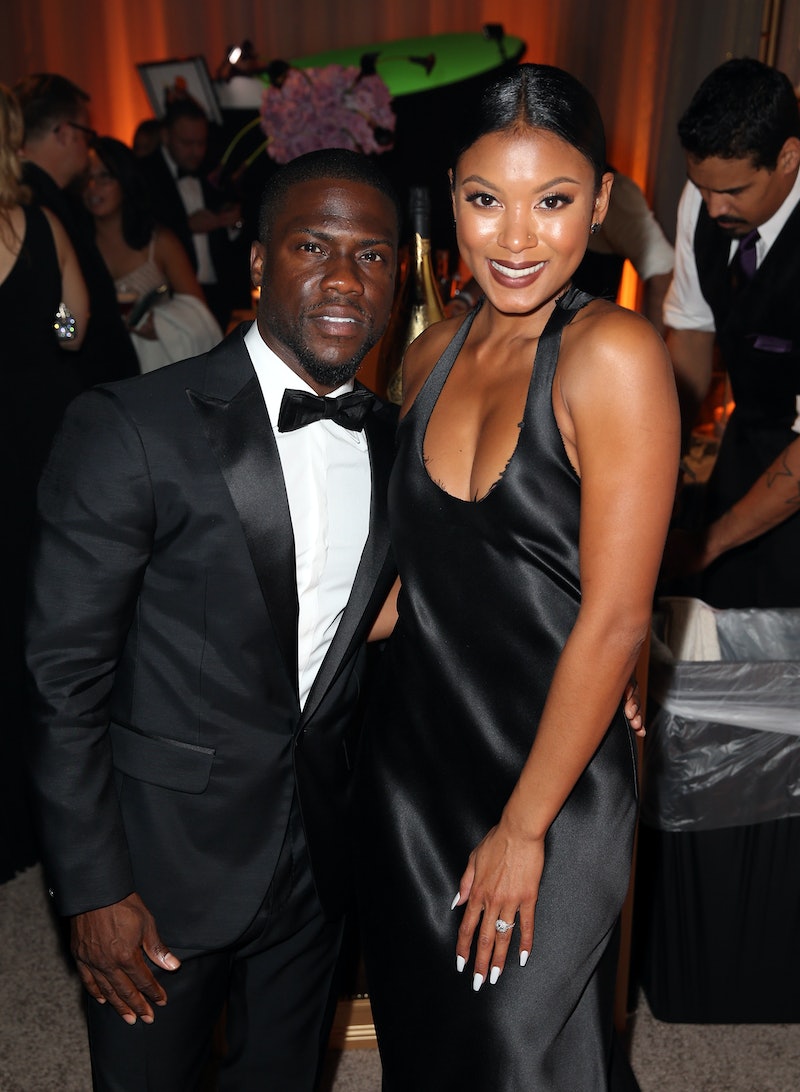 Sometimes the best moments in life are worth the wait. That definitely seems like the case for a certain comedian, who finally tied the knot after a two-year engagement. On Saturday, Kevin Hart married longtime girlfriend Eniko Parrish in Santa Barbara. And by "longtime," I mean that Hart and Parrish had been dating for five years prior to getting engaged, according to Daily Mail. So it's about time these two made things official, huh? Still, it's great they waited until they were ready. From the looks of it, the ceremony was absolutely beautiful.

One of the most precious parts is that his kids were so involved in the ceremony. According to TMZ, Hart's 8-year-old son Hendrix was the best man. Before the wedding actually happened, the actor recently told E! News,

"I'm excited. I got a good one. And I think this time around — this is marriage number two. I've made mistakes in the past and as you get older you grow and you change, and at this point in my life, this is what I want. I'm ready for it."

Hart was previously married to Torrei Hart, with whom he had his two children — Hendrix and Heaven. Based on the quote above, it's nice to see he's grown and learned from his past.

Now, moving on to the present: These newlyweds shared highlights from their ceremony on Instagram. Here's a round-up of photos from the big day that will make you wish you snagged an invite.

It's sweet that his kids were such a major part of the wedding. Honestly, the family couldn't look more proud — or stylish.

BRB, shedding a tear at how precious that caption is. Also, the matching tuxes are everything.

Walking Down The Aisle

Did you expect anything other than Hart to laugh his way down the aisle? He's always the funny guy. Their smiles say it all.

Congrats to the happy couple! This moment really was a long time coming.