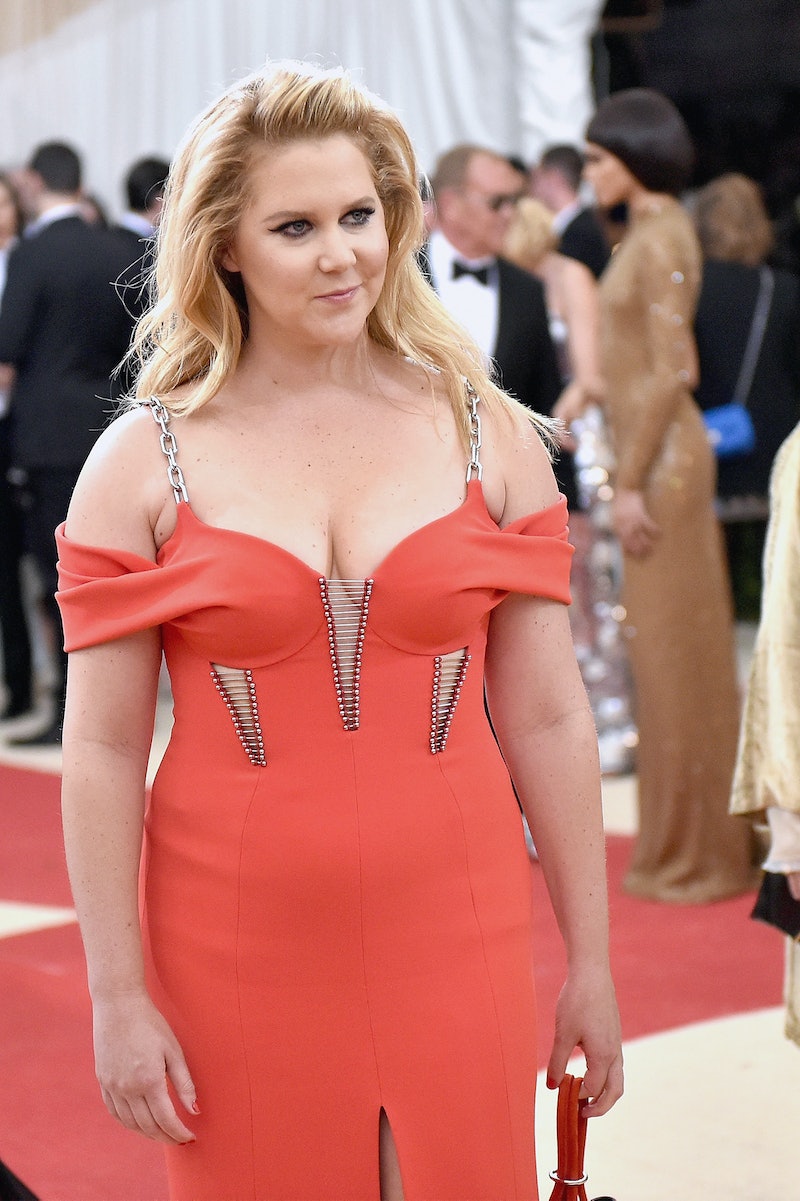 Meryl Streep has been busy giving lots of delightful interviews lately to promote her recently released film Florence Foster Jenkins, but her latest one might be her best yet. In a rapid-fire "what if" interview with the Huffington Post, the actor revealed that she wants Amy Schumer to play her in a biopic. In addition to claiming that George Clooney would be the best actor she knows at hula-hooping, and that Liam Neeson would be best at scaring off a bear, Streep had an answer ready when the interviewer asked her who would be best at playing herself in an autobiographical film. "Amy Schumer, of course," she said. And why not?

While some of the other questions seemed to stump Streep, it was pretty clear she'd considered the casting of her own biopic before, considering how confident her answer was. Upon hearing the declaration, Schumer reacted with understandable amazement, retweeting the article with the caption "holy s**t." And while there doesn't appear to be any kind of Streep biopic in the works, sadly, there probably will be one before long, considering the actor's full life and celebrated career.

Yet while I would love to see Schumer play Streep in a movie, here are some other actors who would also do the part justice, taking into account acting ability (a must) and physical similarity to Streep.

The star has cheekbones to rival Streep's, and she's obviously a skilled actor. She seems like she would definitely be in the running.

Winslet has a similar look and gravitas to Streep.

Lawrence looks somewhat like Streep, and there's no doubt she would be able to rise to the challenge if the movie required a young version of the actor.

To throw another funny Amy into the mix, I think Poehler looks a lot like Streep.

The actor resembles Streep and has similar poise and confidence.

The Scottish actor has done American accents before, and she definitely has a similar look to Streep.

Streep's own child is a talented actor, having played Streep's adult daughter in Ricki and The Flash, and she looks exactly like her mother.

Mulligan isn't identical to Streep, but she's talented enough to pull it off. She's also spent enough time with her that she probably would know how to do a pretty good imitation.

I would love to see Chastain play Streep as, like Streep herself, Chastain can play anything.

Seyfried played Streep's daughter in Mamma Mia! and would definitely do great in the role as Streep.

While we wait for the inevitable Streep biopic to be announced, Schumer and these other stars should start campaigning for the role now. It would certainly be an honor for anyone to play one of the GOATs.