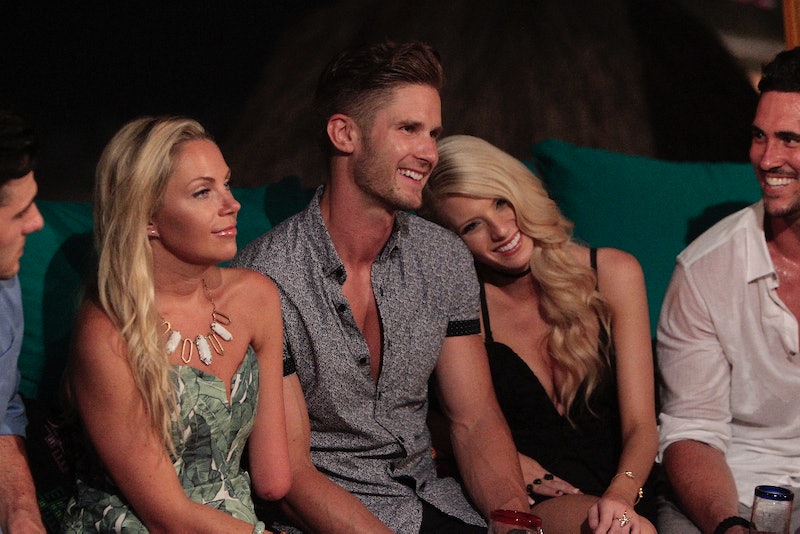 It’s week three of Bachelor in Paradise and new faces keep popping up. Last week we were reintroduced to Brandon Andreen from Desiree’s season of The Bachelorette and, thanks to the twins, things got awkward pretty fast. I’ve been keeping tabs on what Brandon has been doing since Bachelor in Paradise ended and in comparison to the rest of the people on the show, he keeps pretty quiet about his life. He’s not big on social media, but I was able to find out a little about his life post-Paradise. Not throwing out any spoilers, but it seems like he’s still on the market, ladies.

If you missed last Monday's episode, Brandon came in with a date card and quickly asked Haley out on a date. Halfway through the date, Haley decided to pull a Lindsay Lohan in Parent Trap and switch places with her twin to see if he could tell the difference between the two. A true test after knowing someone for less than a week. On Monday, we will find out if his little mix-up will cost him Haley’s rose.

Until then, let’s talk about what Brandon’s been doing since he left Mexico.

While he rarely uses his Twitter account, Brandon did tweet about his time on the show. “Well that was fun,” he tweeted after the twins pulled the switcharoo on him. At least he can look back and laugh about it now. He also posted on Facebook, “Got to love editing,” which means we might not have gotten to see the whole story of how the swap went down.

Brandon has been winning the Snapchat game since he’s been back home and making good use of the filters.

'Tis the season for baseball games and Brandon is out supporting his team, the Minnesota Twins. He took a snap of the game over the weekend. And, hence my twins joke in the headline. See what I did there?

He posted an Instagram of himself golfing at the Thumper Pond Resort. “Perfect Minnesota Sunday,” he captioned the video.

Friends and family offered their congratulations when Brandon revealed on Facebook that he’s been sober for nine months. A month prior he wrote, “It's been 8 months since I cut alcohol out of my life. By far the best decision for me and every day I grow stronger mentally, physically and spiritually. I've had a few people reach out and ask how I do it. If you're struggling or know someone who is, I can try to help where possible. Break the cycle. It's never too late to become the person you've always wanted to be.” Also it means that glass of wine on the table at dinner was just for show.

He posts a bunch of videos giving advice on how to reach your goals and stay positive. “I'm thinking of doing these a with little more thought and prep along with starting a YouTube Chanel [sic]. This will suffice for now,” he wrote alongside one of his videos. Keep an eye on Brandon, guys! He may be a YouTube star soon.