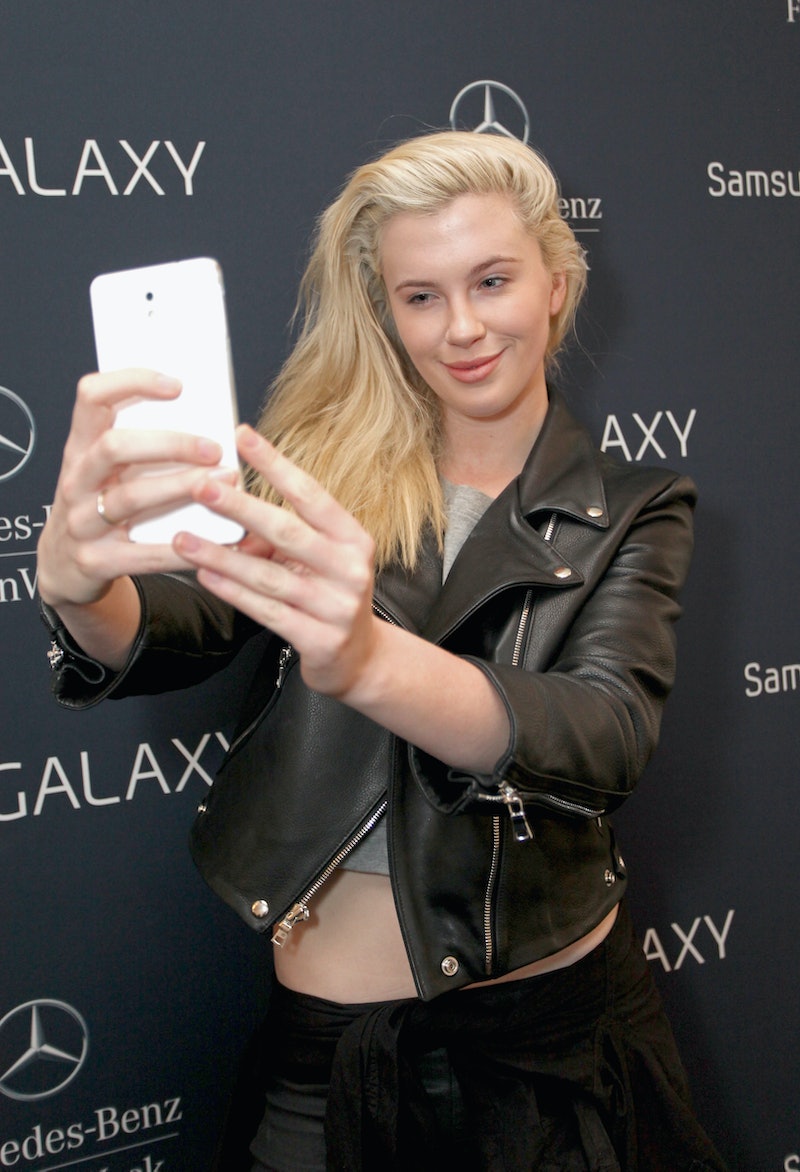 This news may come as no surprise, but is depressing nonetheless: more women under the age of 30 are turning to plastic surgery as a result of selfies. According to a recent survey conducted by the Academy of Facial Plastic and Reconstructive Surgery, one in three facial plastic surgeons saw an increase in requests for procedures due to "patients being more self aware of looks in social media."

While posting filtered selfies on Instagram or sharing private ones on Snapchat may feel empowering or give you a boost of confidence, it definitely has more negative effects than positive ones. Approximately 13 percent of the 2,700 members who took the survey identified increased photo sharing and patients' dissatisfaction with their own image on social media sites as a common trend that has grown over the last year.

If you find yourself zooming in on selfies to examine blemishes or taking photo after photo to capture a better angle, you are not alone. Edward Farrior, M.D., President of the American Academy of Facial Plastic and Reconstructive Surgery believes Instagram, Snapchat, Facebook and other photo-sharing apps are forcing patients to "hold a microscope up to their own image and often look at it with a more self-critical eye than ever before." I mean, how could we not?

Although men are also affected, women remain the most likely candidates for plastic surgery — they accounted for 81 percent of all surgical and non-surgical procedures in 2013. What's more is that a majority of the surveyed facial plastic surgeons (58 percent) saw an increase in cosmetic surgery or injectables in those under the age 30.

There is still an overwhelming amount of people who are in favor of selfies out there. But if these frightening findings are any indication of the long-term effects of selfies and photo-sharing apps on young people, then we should all take a minute and just realize how ridiculous we are becoming as a result of these front-facing camera photos. Do you really need plastic surgery under the age of 30? Have you seen what happened to Heidi Montag?

We're better than this, aren't we? Maybe not.

More like this
The Real Reason Your Instagram Story Viewers Show Up In That Order
By Emma Carey
Behind The Hilarity Of The "POV: You Walk Into My Room" TikTok Trend
By Lexi Inks
Why TikTok Is Flooded With Controversial Videos About "Pick Me Girls"
By Courtney Young
TikTok's "Would I Look Good With Short Hair?" Hack Is Genius
By Olivia Rose Ferreiro
Get Even More From Bustle — Sign Up For The Newsletter