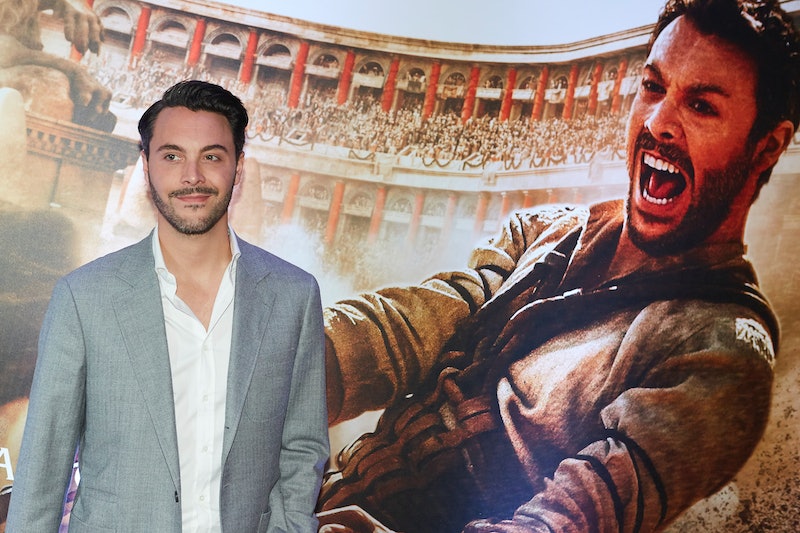 Ben-Hur is getting ready to ride into theaters this summer (sorry, it's the best chariot pun I could muster), and in a year severely lacking in stand-out summer blockbusters, the film could be the one to really win the title of movie of the summer. A lot of that will depend on how audiences react to the movie's leading man, of course. Not only does the new Ben-Hur have to carry the movie, he also has to step into the shoes of Charlton Heston, who famously portrayed the hero in the 1959 cinematic classic Ben-Hur. So, who is this actor who dares take on Heston's signature role? It's Jack Huston who plays Ben-Hur in the summer blockbuster, and while he might not look familiar, he's anything but a new star.

Huston, who stars alongside Toby Kebbell and Morgan Freeman in the new adaptation of Ben-Hur, has been steadily climbing up the Hollywood ladder for the better part of 12 years, starting, somewhat ironically, with an appearance in a 2004 TV movie of Spartacus. Huston has been steadily working ever since, but he's best known for playing Richard Harrow in HBO's Boardwalk Empire and Jack Kerouac in Kill Your Darlings. Despite his long list of credits, Ben-Hur marks Huston's first starring role in a major Hollywood movie and, as he said in an interview with Parade , "nothing prepares you for chariots." But, while perhaps little could prepare him for Ben-Hur, these five things you need to know about Huston will prepare you for his star to rise.

1. He Was In Twilight

Remember Royce King, the guy who seduced a young Rosalie and then raped her and left her for dead in The Twilight Saga: Eclipse? That's Jack Huston, in a discomforting breakout role.

Huston is no stranger to Hollywood. Though he was born and raised in England, he got his taste of the Hollywood life through his aunt, Anjelica Huston.

4. He Played A Young Alan Alda

Before he was racing chariots, Huston played a supporting role in the Nicholas Sparks' movie The Longest Ride as Young Ira.

Recently, Huston appeared on the big screen as the slimy George Wickham in the horror comedy Pride and Prejudice and Zombies, but don't let that scare you off. In an interview with Buzzfeed, Huston's PPZ co-stars Douglas Booth, Bella Heathcote, and Matt Smith said that out of all the cast members, Huston was the least like his character.

Whether or not Ben-Hur ends up being a summer hit, this won't be the last you see of Huston. The actor has five movies coming up, according to IMDB, including The Yellow Birds, with fellow rising stars Alden Ehrenreich (your new Han Solo) and Tye Sheridan.