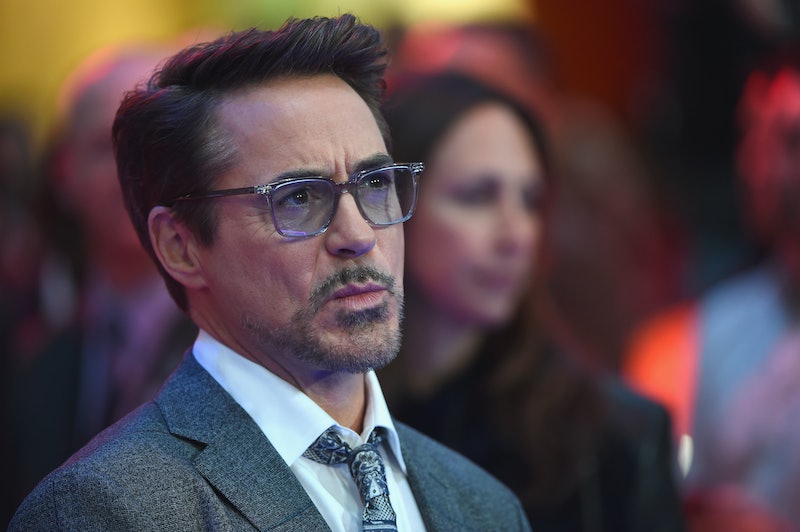 After the second season of the previously-acclaimed series received disastrous reviews, the future of HBO's True Detective was suddenly put in doubt. Would a third season even happen? Back in May, The Hollywood Reporter wrote that "HBO sources suggest a new project from creator Nic Pizzolatto is more likely" than a continuation of his troubled crime anthology. Now it seems like those words were rather prophetic: Variety is reporting that Pizzolatto is creating a new show for HBO starring Robert Downey, Jr.

Although HBO isn't commenting on the nature of the show itself, according to Variety, "insiders say the project is based on Downey Jr.’s Perry Mason reboot, which he had been developing as a feature film at Warner Bros. for several years." (Perry Mason is a popular figure in crime fiction who originated in a series of novels by Erle Stanley Gardner that began in 1933, and who subsequently appeared in various iterations on radio, film, and TV — most notably played by Raymond Burr in the classic 1957-'66 CBS series.)

Apparently Downey, Jr.'s feature film version never materialized at Warner Bros. after the underwhelming run of his previous effort with the studio, The Judge, per Variety's report. So now he's taken it to HBO, where the network has paired him with Pizzolatto — who is obviously no stranger to the crime genre.

As exciting as this news is (it will be Downey, Jr.'s first regular television gig since his Ally McBeal days back in the early 2000s), it's also probably a bit concerning for fans of the Marvel Cinematic Universe. Does the fact that the Iron Man actor is pursuing a starring role on the small screen signal that his days in the superhero franchise are numbered?

I wouldn't get too worried just yet. Although it's still unclear whether there will ever be an Iron Man 4 — at least one starring Downey, Jr. as Tony Stark — the actor is confirmed to appear in at least the upcoming Spider-Man solo movie as well as both Avengers: Infinity War and the untitled fourth Avengers film. That last movie isn't slated to premiere until May of 2019, which means that Downey, Jr. has plenty of time left on his contract with Marvel Studios, and any projects he commits to in the meantime will have to be juggled around his superhero schedule.

That shouldn't be too big of a problem; plenty of actors these days manage to do both film and television at the same time. Viola Davis just appeared in Suicide Squad and will star in the upcoming adaptation of Fences even though she recently won an Emmy for starring in ABC's How To Get Away With Murder. Robin Wright managed to squeeze an appearance in DC's upcoming Wonder Woman film between seasons of Netflix's House Of Cards.

Given the fact that Perry Mason (or whatever Downey, Jr.'s show ends up being) will be airing on HBO, it's probably safe to assume that it will run for a maximum of 13 episodes per season; or, more likely, just 10 or eight episodes per season, like Game Of Thrones or Pizzolatto's own True Detective. That shouldn't make the process much more involved than if the actor were shooting a couple of low-budget indie films back-to-back, leaving plenty of time to continue putting in high-profile appearances as the acerbic founder of the Avengers.

Basically, new TV projects notwithstanding, we shouldn't have to worry about Downey, Jr.'s future with the MCU until Phase 3 climaxes in 2019. By then, Perry Mason could be a raging success — or, if it's anything like True Detective, it may have faded away into oblivion two years into its run. Either way, it shouldn't have too big of an impact on whether or not the actor decides to continue with the franchise into Phase 4 and beyond… if Tony Stark even survives that long, of course.