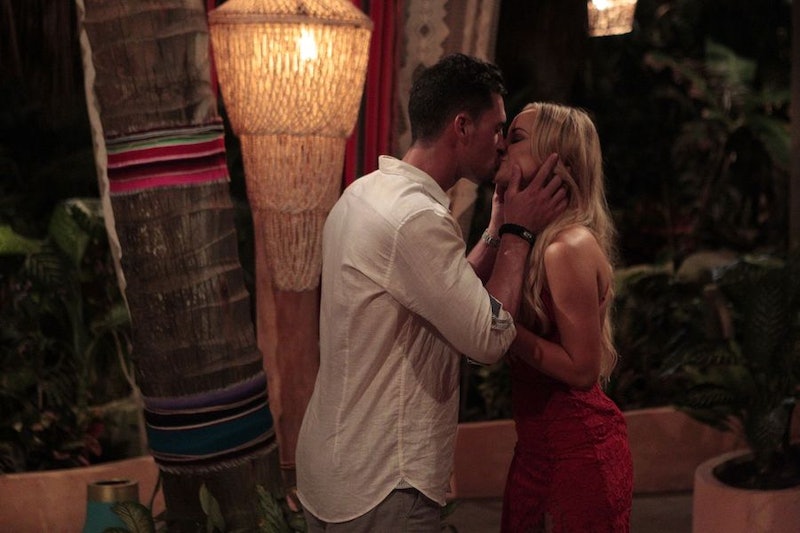 Now that some couples have advanced to know each other for more than 15 minutes on Bachelor In Paradise, there are some things happening when the lights go out in Mexico. We saw some night-vision action between Grant and Lace a few episodes back (Lace thought she covered the camera, but wow, was she wrong), and now Josh and Amanda are up to the plate. Did Josh and Amanda have sex on Bachelor In Paradise ?

I mean, the implication is there that they did — the producers of Bachelor In Paradise cut between Josh and Amanda in bed and sounds of moaning (there is way too much moaning on this show) and images of fireworks, water bursting from a fountain, and a train running through a tunnel. Subtle, BiP. Sounds like there were explosions in some way, huh? Side note: we need to really cut down on the moaning. Seriously.

Anyway, I wouldn’t be surprised if Josh and Amanda really did get it on — they’ve been connected at the lip since the moment they met, so it’s only natural that they would want to take things to a higher plane, physically at least. Either way, I didn’t really want to have to see more of Josh and Amanda’s physical relationship happening in front of my very eyes.

Or hear Amanda tell Josh how sweaty he is.

Everyone tried to warn Amanda that Josh could possibly be bad news for her, but Amanda seems to want to figure things out for herself. I guess that’s respectable — but can we keep the possible sex off my screen?