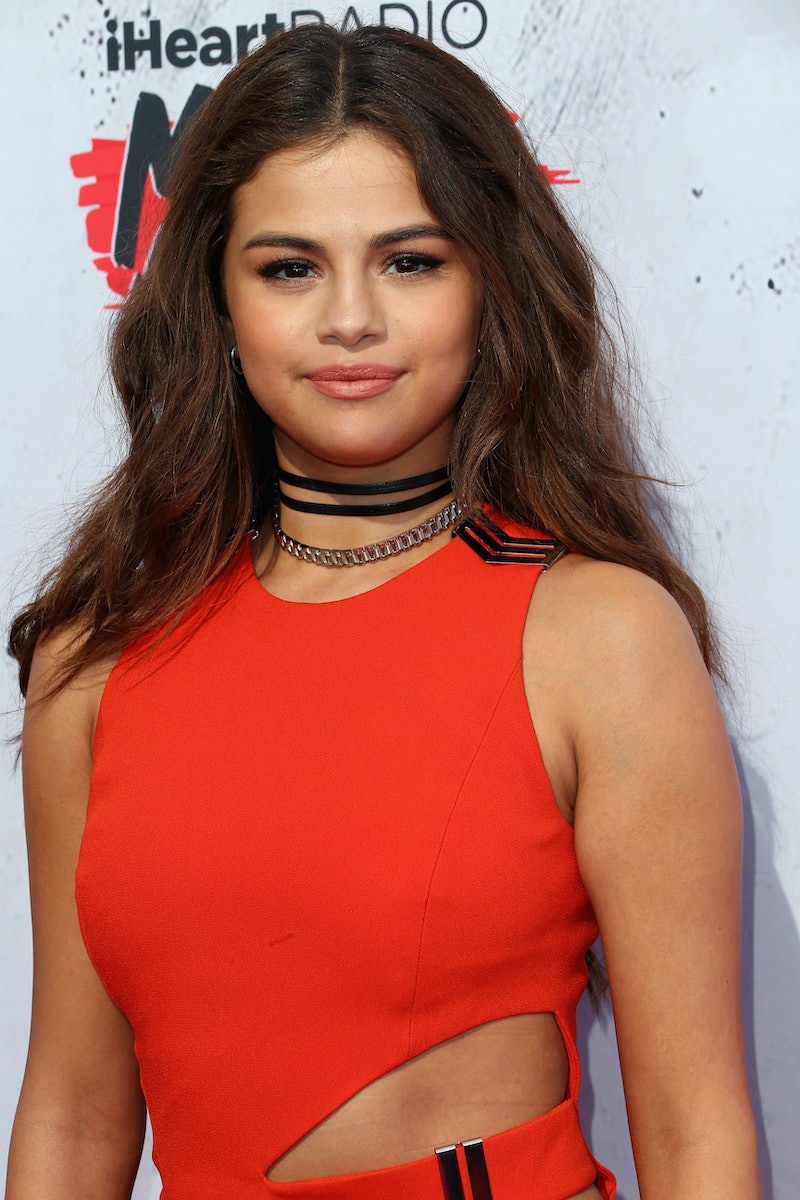 Even though it's been awhile since Selena Gomez and Justin Bieber were a couple, they're still somehow getting entangled in each other's drama. But now, there's been an update that could change all of that. Over the weekend, Bieber threatened to make his Instagram private after fans made rude comments about his alleged girlfriend, Sofia Richie. (Bustle has reached out to reps for Richie and Bieber regarding the dating rumors, but has not yet heard back). It didn't take long for him to make good on that promise... by deleting his account altogether. And although Gomez reportedly jumped in with her take on the situation, it sounds like she regrets it. On Monday night, Gomez posted the line "What I said was selfish and pointless" on Snapchat, and it's not too much of a stretch to think she's talking about her reported comments on Bieber's Instagram. Well, I did not see that coming!

If you're behind on the latest drama, here's what happened: In a comment on his Instagram, Gomez allegedly said that Bieber should appreciate his fans instead of threatening to take away their social media access to him, and pointed out that if he doesn't like the fan response to his relationships, he should keep them private. But by the time most of us woke up on Tuesday morning, Bieber's Instagram account wasn't just private, it was gone.

If you follow Gomez on Snapchat, chances are you witnessed this cryptic message she sent out:

It seems obvious that this is about the alleged comments to Bieber (it's been the main news story about her for more than the past 24 hours), and even though I'm surprised she said something, I have to agree with her. OK, so I was definitely cheering her on earlier this week when she reportedly called Bieber out for not showing his fans enough love. And even though I agree with everything that was allegedly said then, I could see why she'd wish she hadn't said anything at all. Even if her alleged words were true, Bieber's drama had nothing to do with her, so it wouldn't really her place to step in and escalate things further.

Chances are, Gomez felt gratified defending Bieber's fans, especially after everything the two of them have been through. But now that she saw her words could have contributed to Bieber falling off the face of Instagram, it seems she's having second thoughts. And just as I commended her for speaking her mind, if the comments were in fact hers, I commend her again now for admitting when she feels she was out of line. It takes a lot of guts to admit when you're wrong, and I'm impressed by Gomez's willingness to own up to her mistakes.

This admission probably won't bring Bieber back to Instagram, but it does give us all that much more of a reason to love Gomez. She's super gorgeous and talented, but she's still a person, and people make mistakes. Fortunately, it seems like Gomez has learned from this one. It's hard not to respect her for that, even if you thought she was wrong all along.

More like this
Selena Gomez Is Fine Being Single, But She Still Manifested Romance On 'SNL'
By Martha Sorren, Jake Viswanath and Jack Irvin
Justin & Hailey Bieber's Bond Is "Unbreakable" Amid His Ramsay Hunt Diagnosis
By Bustle Editors
Selena Gomez Explained Why A Past Album Cover Made Her Feel “Really Ashamed”
By Grace Wehniainen
Will Beyoncé Be At The BET Awards To Perform “Break My Soul” Or Attend The Show?
By Jake Viswanath
Get Even More From Bustle — Sign Up For The Newsletter