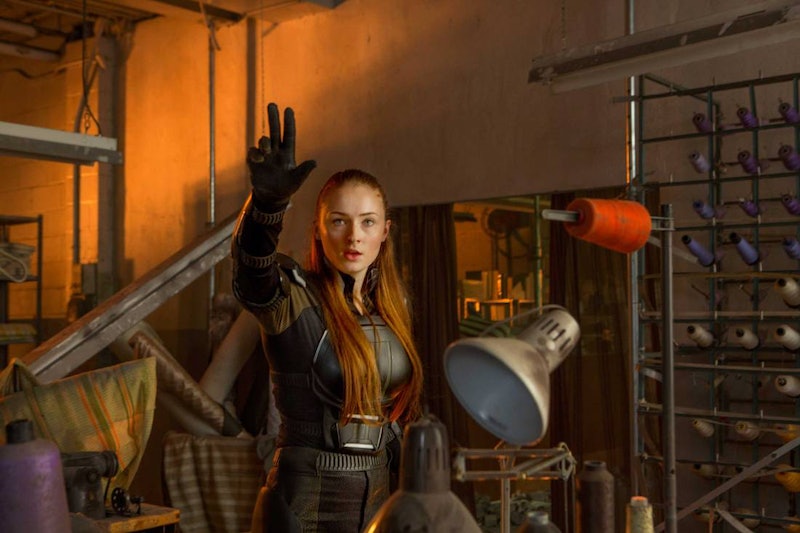 In the couple of decades since comic book film adaptations first became tentpole blockbusters that support studios' entire annual slates, women have fought a long and hard battle for adequate representation in such movies. While 2000's X-Men and its sequels featured some powerful female characters, the inclusion of women superheroes hasn't ever truly seemed like a priority in other franchises. Comic book movies have now brought us multiple adaptations of Batman, Superman, and Spider-Man, each starring different male actors, but women have been waiting for years to get a movie starring Black Widow or Wonder Woman or literally any other comic book woman, with few results. Thankfully, it looks like that is finally started to change. Because if 2016 and beyond is any indication, it's starting to be a great time for female superheroes on-screen.

Just looking at the slate of 2016 comic films, it's obvious that women superheroes have come a long way since 1984's Supergirl, the very first female-led superhero movie, which bombed at the box office. Although they haven't yet received movies of their own, Black Widow and Scarlet Witch were major presences in this year's Captain America: Civil War. Meanwhile, Wonder Woman was easily the best thing about Batman v Superman: Dawn of Justice, and Deadpool featured a smart-alecky, sass-talking teenager named Negasonic Teenage Warhead going toe-to-toe with Deadpool's notorious wit. Then there was X-Men: Apocalypse, the latest in a franchise that has always treated its women well, which put its women superheroes — Mystique, Jean Grey, Storm, and Psylocke — front and center. And soon, there will be Tilda Swinton's Ancient One in the upcoming Doctor Strange, a character traditionally portrayed as a man.

But it's not just the growing numbers of women in these films that matters — it's the way in which they're presented. All of the women mentioned above are well-rounded characters, strong and powerful while also vulnerable, intelligent, and complicated. They're not just eye-candy, they're not all victims, and they're definitely not standing on the sidelines. They're fighting alongside their male counterparts, often stealing the show entirely.

And it's not just happening in film. There are a number of great female superheroes appearing on television right now. CBS's Supergirl, a series that captures the fun of the Superman universe that the overly-serious films have lost, is just about to begin its second season. Over on Netflix, Jessica Jones is a major success, and the anti-heroine will be joining The Defenders miniseries by teaming up with Iron Fist, Luke Cage, and Daredevil. Speaking of Daredevil, in Season 2 of the series, Elektra made a comeback and became a breakout on the show, with some dark hints for the third season. And even though Agent Carter was cancelled by ABC, it seems as if Marvel still has faith in the character, with Marvel TV head Jeph Loeb telling the International Business Times , "If someone wants to call and say, ‘We want a two-hour Agent Carter for May 2017,’ boom. We’ll put together the greatest Agent Carter movie we can."

All of this is fantastic, but that's not to say that female superheroes aren't still facing issues on-screen. With progress sometimes comes a few hiccups, like Harley Quinn in Suicide Squad. Harley's complicated relationship with the Joker, a bond that is explored in-depth throughout many of the comics, falls frustratingly short in the film. As Bustle's Samantha Rullo wrote, "Harley Quinn, a fan favorite character long overdue for a film adaptation, may be at the center of Suicide Squad and its promotional materials, but she still is not allowed to stand on her own... surviving the movie does not exclude her from its tendency to link women with male motivations." It's a disappointing turn for one of the comic world's most beloved and interesting female characters, but the fact that a Harley Quinn-led, all-female villain movie might be happening is a good sign. Suicide Squad might have disappointed in its treatment of Harley, but the character can still shine in other films. It's a chance that other female comic characters have not gotten (you don't see any Elektra or Catwoman spinoff happening, do you?), and it's uplifting that Harley could get another opportunity to shine despite a first bad depiction.

Hopefully, the treatment of women superheroes (or supervillains) on-screen will only continue to get better. After all, Wonder Woman is hitting in 2017; two amazing actors, Cate Blanchett and Tessa Thompson, are set to join Thor: Ragnarok; Zoe Saldana's Gamora will be back in May's Guardians of the Galaxy 2. 2017 is looking pretty promising when it comes to on-screen superwomen, and with Captain Marvel, starring Brie Larson, in the works for 2019, it looks like we're truly moving forward. Soon, any doubters, haters, and those generally opposed to the lady Renaissance going on in the comic film world will be shut down for good.