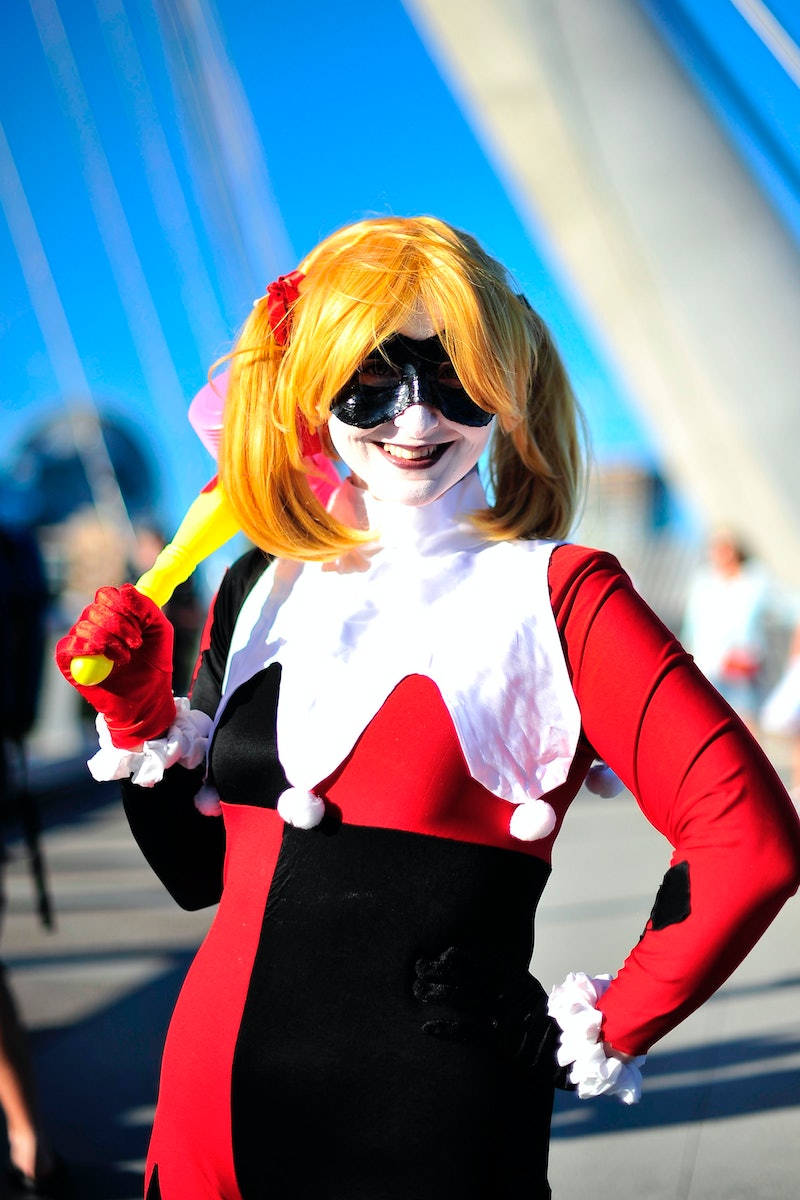 Comic books are great. Super-powered ladies and dudes wearing leggings as pants, fighting monsters with their laser vision, making lots of speeches about freedom and coming back from the dead all the time — what's not to like? Comic books are a part of modern mythology. And while a lot of people still turn up their noses at any kind of graphic storytelling, comics are starting to get more respect as a literary medium. I mean... Sandman? Watchmen? Saga? There are so many wonderful pieces of literature out there that just happen to involve capes and word balloons.

So what's the catch? Well, if you're a comic book fan and you're not a man, you've probably experienced a superhuman amount of sexist nonsense. You've been accused of being a "fake geek girl" for daring to like something while also being a woman. Or you've been harassed for trying to dress up like your favorite character. Or you've had a hard time even finding a non-male superhero that you can identify with.

Luckily, these days, there are more and more female superheroes getting the spotlight, and many more talented female comic book creators are gaining recognition. But we still have a ways to go. So if you've ever tried to enjoy comics while being a gender other than male, you can understand the struggle:

Here's a fun exercise: Go into a comic book shop or a comic convention while appearing to be a woman. Then wait five minutes. Nine times out of 10, some helpful man will approach to ask you if actually even read comics at all. I was once asked this question by a fellow employee while interning for a comic book publishing company. Yes, many women and other non-male people do, in fact, read comics. Next question, please.

2. Having to "Prove" Your Comic Book Cred

I think it's safe to say that no one in the history of human civilization has ever faked an interest in Aquaman or J'onn J'onzz, the Martian Manhunter, in order to appear "cool." So why must so many female comics fan prove that they know EVERYTHING about both the DC and Marvel universes before they can be "real" fans? You can still be a real comic book fan even if you don't have an encyclopedic knowledge of Matter-Eater Lad, Man-Thing, and the fictional nation of Latveria.

Look, there's nothing wrong with the occasional leather catsuit. But when every female character in comics is wearing some kind of skin-tight, high-heeled, cleavage-bearing nightmare ensemble, it starts to feel like objectification. Sure, the men might be wearing tights too, but they definitely aren't heading into battle with bare midriffs and exposed breast bones (looking at you, whoever designed poor Powergirl's outfit).

Why. WHY. There are a lot of wonderful, talented female (and male!) artists who create lovely, powerful, somewhat realistic depictions of our favorite superheroes. And then... there are dudes who seem to be interested in drawing women's butts and pretty much nothing else. I mean, with the way some of these characters are drawn, you just want to ask: Where are these women keeping their organs? How do they keep from toppling over due to breast weight? How are they twisted up like that so we can see both their cleavage and their butt? Are they injured? Do they need help?

Aaaaaaand then there are the sexist comments. Any woman who's ever tried to dress up as almost anything for a comic book convention can tell you that there are a LOT of sleezy people out there. There's no reason that people should have to feel unsafe while waiting in line for signed drawings of aliens. Honestly, you don't even have to be wearing a skimpy Powergirl outfit to be harassed at a comic book convention. Anything short of a full-on wookie suit is seen as an invitation for sexist comments.

Yes, comics books are slowly but surely getting better about this. But still, there are an awful lot of girlfriends and wives in jeopardy in order to motivate the main (male) hero. Haven't we moved on yet? And if you read old school comics, forget it. It's all Gwen Stacy and Lois Lane being dropped from high places. And even though (spoiler alert) Gwen Stacy's death totally brought about the Silver Age of comics... helpless women getting killed gets really, really old.

Really? REALLY? Are we still excluding female characters from action figure sets? We're 16 years into the 21st century. It's time we accept that female comic book fans like to waste their money on plastic dolls just as much as male comic book fans do. And it's not just action figures, it's t-shirts, bags, hats, any piece of merchandising... the female characters are few and far between.

8. When the Movies Ignore Your Fave

Ok, so Ant-Man gets his own movie, but not Black Widow? Hollywood takes a lot of liberties with the comics, sure, but it seems like we get several thousand Batman movies to every Wonder Woman movie. TV shows are finally showing up late to the party with gems like Jessica Jones, but it's still frustrating to sit through endless remakes of the Hulk and Spider-Man when most great female comic book characters barely make it in as side characters and love interests.

9. ...Or the Movies Completely Misrepresent Your Fave

The several dozen other fans of the Invisible Woman know what I'm talking about. Because even when we do get to see awesome comic book ladies on the big screen, they're often way off the mark. Their stories are changed to fit around the male lead, or they end up getting captured and rescued, or they only seem to exist as eye candy. I guess we'll just be reading the comics and re-watching Jessica Jones and Agent Carter until Hollywood gets its act together.

10. Trying to Find a Female Superhero Who Gets You

It can be a bit of challenge to sift through all the comic books out there and try to find a character you can actually identify with. Thor and Superman and all those dudes are a lot of fun, but it's always more powerful to see someone who looks like you saving the world. And comics are getting better about it, with characters like Ms. Marvel and series like Image Comics' Saga. There are more diverse heroes than ever before. It might be a frustratingly slow process, but let's hope that comics keep on changing for the better.

More like this
'The Sandman’s Ending Is A Departure From Neil Gaiman’s Comic Book Series
By Kadin Burnett
I've Read The Harry Potter Books 30+ Times & This Plot Hole Haunts Me
By Kelsey Stiegman
'Bridgerton’s Jonathan Bailey & Simone Ashley Just Teased A First Look Of “Kanthony” In Season 3
By Grace Wehniainen, Alyssa Lapid and Sam Ramsden
George R.R. Martin Teased That ‘House Of The Dragon’ Is Inspired By The Anarchy
By Grace Wehniainen and Kadin Burnett
Get Even More From Bustle — Sign Up For The Newsletter