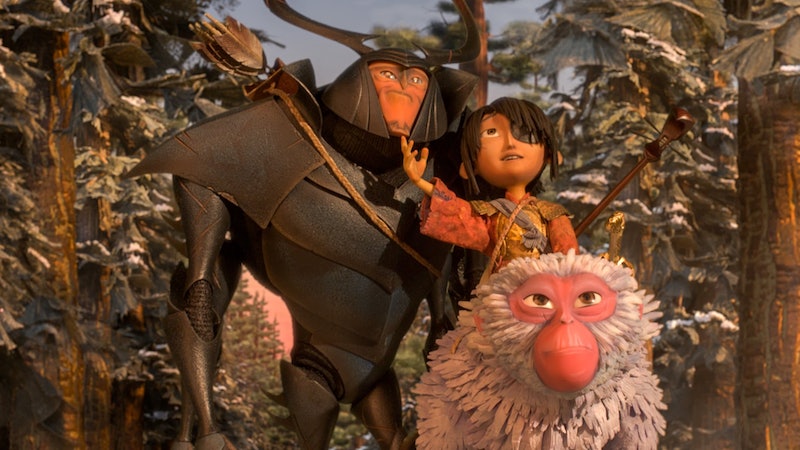 The visual character of the stop-motion family adventure movie Kubo And The Two Strings is like nothing I've ever seen before. (The closest comparisons are other movies dreamt up by animation studio Laika, including Para-Norman and Coraline.) And the film has its own unique sound as well. You may have noticed that the music scoring some of the movie's trailers is an instrumental version of The Beatles' evocative ballad "While My Guitar Gently Weeps." Kubo also features a full vocal performance of the song, and it sets the perfect melancholy tone for a young boy's journey after being separated for the first time from his ill mother. Regina Spektor covers "While My Guitar Gently Weeps" for Kubo And The Two Strings , and you have to hear her interpretation.

Ironically, the singer-songwriter is associated more often with the piano than with the song's titular guitar, but she's utilized both in her own songs. She spoke to Paste about developing her own take on this classic for the film, pointing out that she thinks it "easier" to compose original songs than to "than to figure out my way into somebody else’s song." But Spektor adds, finding a way to attack and personalize a cover has its own set of rewards. "It’s almost like you pull the song closer and get to know it in this whole other way," she says.

Having a prime spot in the film's soundtrack has its perks. Spektor tells Paste that she saw a rough cut of the film that used the original Beatles track as a placeholder. Though she was initially confused by director Travis Knight's desire to put a cover in the final film ("Why the f*** do they not want to use this — it’s perfect!"), he explained that the song actually represents Kubo's mother's love for him and the strength that her love provides. The song fit the tale, but a new interpretation was necessary.

Maybe it's her sometimes quirky, sometimes haunting voice or her instrumental versatility that makes her a soundtrack favorite. Either way, Spektor has provided several tracks for television and movies before Kubo. She wrote the song "The Call" for The Chronicles Of Narnia: Prince Caspian; her songs have been featured on Boardwalk Empire and in 500 Days Of Summer; and she's responsible for the theme song to your favorite women's prison dramedy and mine: Orange Is The New Black.

Spektor's cover of "While My Guitar Gently Weeps" appears on the Kubo And The Two Strings soundtrack album along with the original score by composer Dario Marianelli. You can stream the soundtrack on Spotify. If you'd prefer to keep it forever, it's up for download on iTunes for $11.29. Or download the track by itself for a mere $1.29.

It's a good time to be a Regina Spektor fan, new or old. In addition to doing the Beatles complete justice on this gorgeous cover, the artist is gearing up for the release of her first album since 2012. The songstress's Remember Us To Life will be out on Sep. 30.