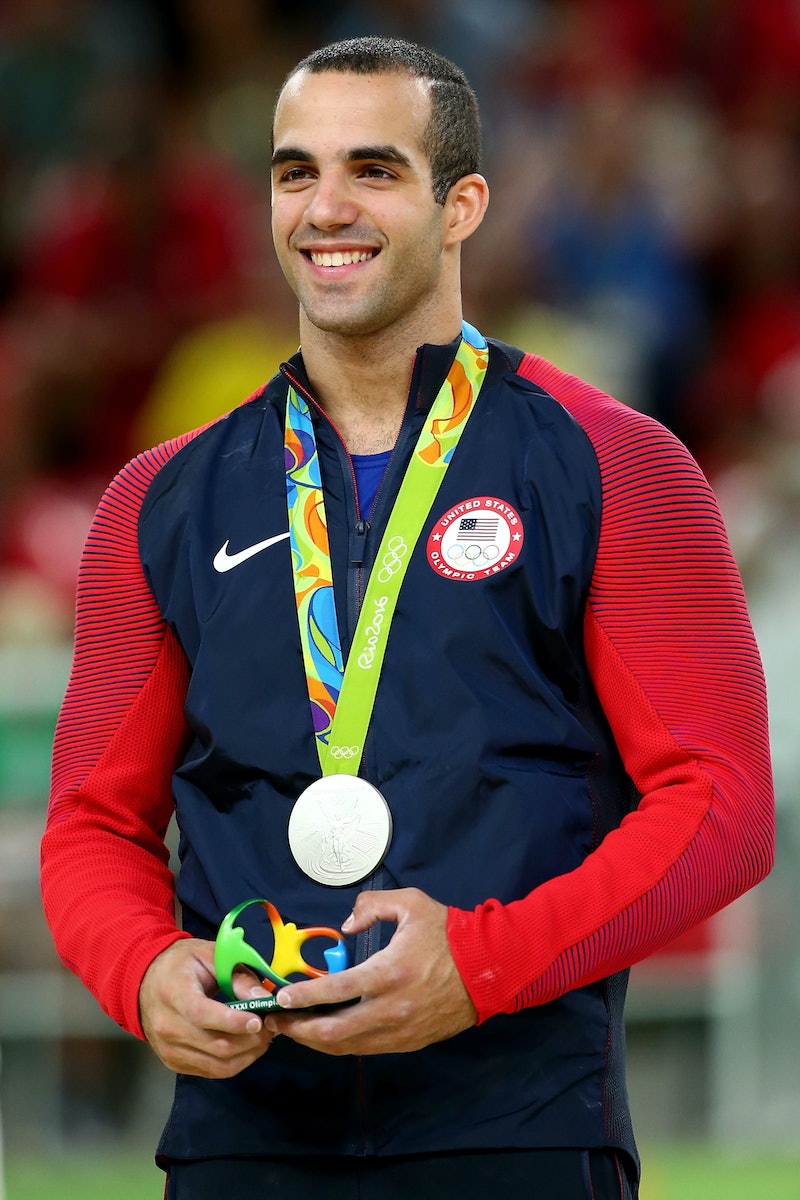 If you've been paying attention to the 2016 Rio Olympics, then you most certainly recognize U.S. gymnast Danell Leyva. But, if you consider yourself a huge fan, are hoping to become his significant other very soon, and have been wondering if Danell Leyva is single, I hate to be the bearer of bad news. The 24-year-old athlete is definitely not single and loves his girlfriend — a lot. Seriously, if you take a glance at his Instagram, pretty much every other photo is of her and includes a mushy caption from Leyva. Basically, he is the best boyfriend ever.

Like Leyva, his girlfriend is also a gymnast. Her name is Giulianna Pino and according to her official website, she trains at the Universal Gymnastics Elite Training Center and is part of the Ecuadorian national team. The 18-year-old gymnast is from Florida and has quite a bit of experience in her field. Maybe one day she'll be at the Olympics and Leyva will be supporting her, just like Pino has been supporting him. While chatting with People in June, Leyva said Pino gave him a good luck charm to give him while in Rio. "My girlfriend gave me a stuffed animal to keep with me and watch over me!"

Based on this Instagram shared by Pino in July, they've been together for a little less than a year and are still very much attached at the hip. Check it out.

Here's Danell Gushing About Her

He loves her and he doesn't care who knows it.

Here He Is Gushing — Again

This photo is like something out of a movie.

Here They Are Being Goofy

If you can't be silly with your partner, then what's the point?

Here They Are Being Relaxed

The cuddling is real.

Here They Are Attempting Kissy Faces

Here They Are Loving Each Other

They can't help it.

Yeah, they like each other just a little bit.