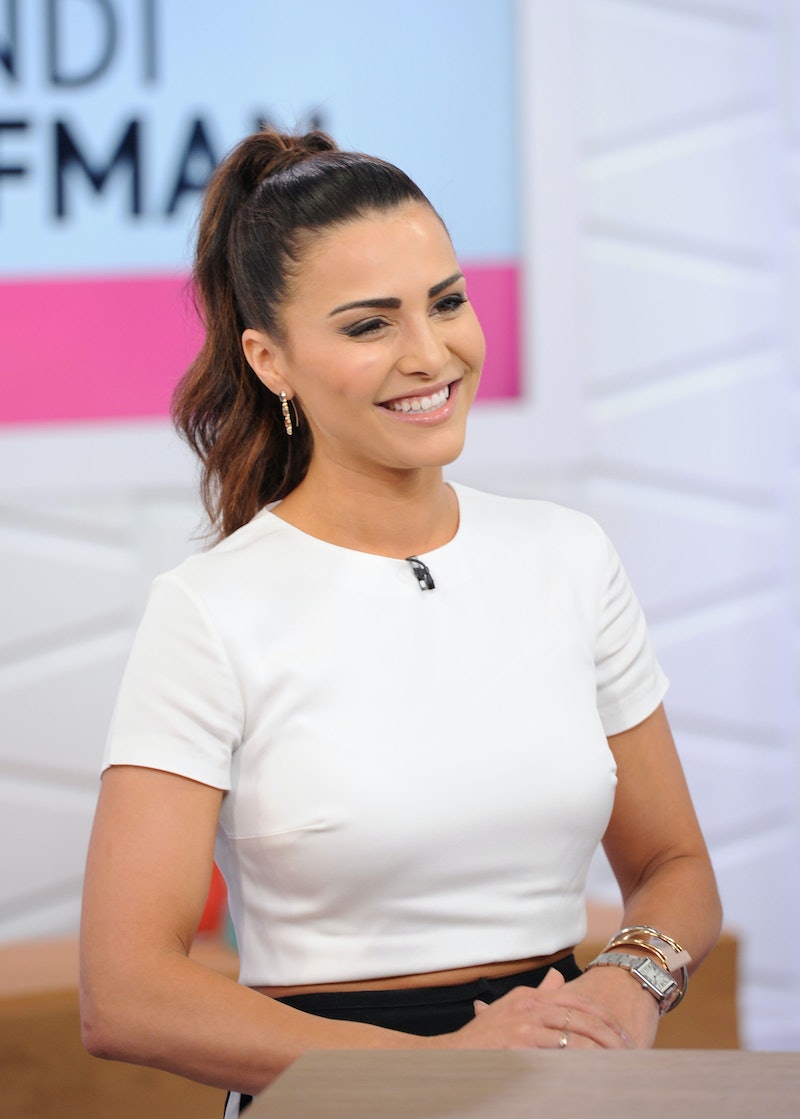 Even after more than 10 years on the air, The Bachelor and Bachelorette keep their production secrets closely guarded. A few details have trickled out over the years, though, thanks mostly to former contestants' tell-alls. And nothing claims to reveal more than Andi Dorfman's book, It's Not Okay , which tells her side of the story from her time on the shows and the relationships that came of them. The Season 10 Bachelorette is not afraid to get real with her readers, and the result is the spilling of a number of supposed Bachelor and Bachelorette secrets from Andi's time on both shows.

Andi's book came out in May 2016, but it's recently returned to the forefront after Josh Murray joined Bachelor in Paradise and all his fellow contestants kept asking him if what Andi wrote was true. Josh denied all of her claims on the show. "I can't comment on specific things in any kind of book that my ex has written, because it's a fictional story," he said. "There's stuff that's so ludicrous; how do you comment on stuff like that?"

The other ex Andi wrote about, Nick Viall, also responded to the claims in Andi's book during an interview with E! News:

Andi, however, seems to be standing behind her words, and she tweeted this the other day:

Though her claims have been disputed, here's what Andi claimed in her book about the show and the men.

1. She Only Signed Up For The Show For The Free Drinks

Andi's friends tried to convince her to go to the casting, and what finally sold her was the promise of free drinks. Girl, same.

2. The Producers Are Persistent

This is something I learned when I read Courtney Robertson's tell-all, too. According to Andi, the producers kept calling her after her audition, pretty much begging her to join the show. If they want you, they'll do everything they can to get you, it seems.

...but you can't bring a lot of luggage. According to Andi, the show has a two-suitcase rule, whereby contestants must pack "clothing for both cold and warm weather, athletic wear, bathing suits, heels, tennis shoes, sandals, cocktail, long, and casual dresses, and heavy coats." Those two suitcases must be pretty big.

Ever wonder why rose ceremonies seem to end when it's light outside? That's because they're longer than you'd think. In her book, Andi writes about the premiere of The Bachelor: "After surviving the first night — which really ended at sunrise the next day..." So if the ladies seem extra tired or drunk, leave them alone. They've been standing in heels and drinking cocktails for hours.

5. What Allegedly Happened In Her First Fantasy Suite

Andi dumped Juan Pablo after she had a bad night in the Fantasy Suite. So what exactly went wrong? "He blasted Ray J and R. Kelly all night long and showed me dozens of videos of his old soccer highlights on YouTube." 'Nuff said.

Of the first night of her season, Andi wrote, "I was into [Josh]. So into him, in fact, that I actually contemplated sending him packing that very first night. Call it insecurity or fear, but he seemed too good to be true." Imagine if she had sent him home. She could have picked Nick in the end after all. What a different decision that would be.

As the Bachelorette, Andi enjoyed the perks of having a stylist and getting some pretty snazzy outfits. One sequined black dress was actually so fancy that Selena Gomez would be wearing it next.

So it totally makes sense that Andi said she "was instructed to not spill on [it]."

Andi's season was rocked by the loss of one of her former contestants, Eric Hill, who died in a paragliding accident after he was eliminated. The remaining cast had the news broken to them during filming, and Andi said the whole thing was so shocking that she considered quitting the show, and Josh considered doing it with her. According to her book, Josh allegedly said, "Let's just leave. Let's just be done with this, go home, and start our lives together in Atlanta." In the end, though, she decided to see the journey out.

9. The Bachelorette Picks The Ring

Technically, the guy chooses the sparkler, but not before the Bachelorette gets to "practically design [it herself] by dropping hints to producers," Andi claims. So those Neil Lane choices in the end may have been carefully selected to fit her taste. As for the cost, Andi later wrote that it was an "80-some-odd-thousand dollar" ring.

Remember that letter Andi received from Nick during the Men Tell All special? Andi confronted him about it after the show wrapped, and she claims that Nick told her, "I wrote the letter in an email to the producers first." Which upset Andi, because it meant he'd then rewritten it by hand so it could be filmed.

Andi did a lot to prepare for the fantasy suite. As she wrote, "I did extra crunches in the gym, I shaved my legs, and I even got the unbearable but necessary Brazilian wax."

12. Why Nick Was Such A Good Kisser

This is something I've wanted to know ever since Andi dubbed him her season's best kisser, saying, "When he kisses me, I can feel what he is thinking. It's so hot." So what's his secret? She shared all in her book, writing, "He had a secret weapon hidden behind his kisses that included him tenderly placing one hand on the side of my face, while he ever so coyly slid his other hand around my rib cage and firmly pressed in." Andi called it her "above-the-belt G-spot." Now if that doesn't get him a date in Paradise, I don't know what will.

13. Her Fantasy Suite With Nick Wasn't All Roses

Amazing kisses aside, Andi claims that Nick said some interesting things in the Fantasy Suite that America didn't get to hear. According to her, here's how things went down:

Nick: "Well, if I had four times, I'd like to f*ck the first three times and make love the fourth."

Before her last date with Josh, Andi was chewing gum when she lost a crown on her molar. So yeah, she went to the Fantasy Suite minus one tooth. The more you know!

Andi says she let Nick meet her family first "in an effort to set the benchmark low." Ouch. "I knew I was using him," she wrote. "But I justified it by convincing myself that I still had doubts about which one to choose. In hindsight I probably should have considered this a little more." So keep an eye on order in future seasons. You never know when it means something.

16. What Happens After The Proposal

You don't go right back to real life after the suitor gets down on one knee. Producers let the couples spend some time together before they're forced apart during the show's airing. Andi and Josh got a "sprawling mansion overlooking the Caribbean, equipped with a manicured lawn, pool, hot tub, and a full time staff of no fewer than 10 people there to serve out every need and desire." Sounds good to me.

Though the shows typically air 10 episodes over the course of two-plus months, the actual search for love takes place in a cool eight weeks. I can't imagine getting engaged to someone after eight weeks and a handful of dates, and it's probably why so few of the couples actually make it down the aisle. True love is hard to come by in two months, but as Andi's book shows us, secrets can last forever.