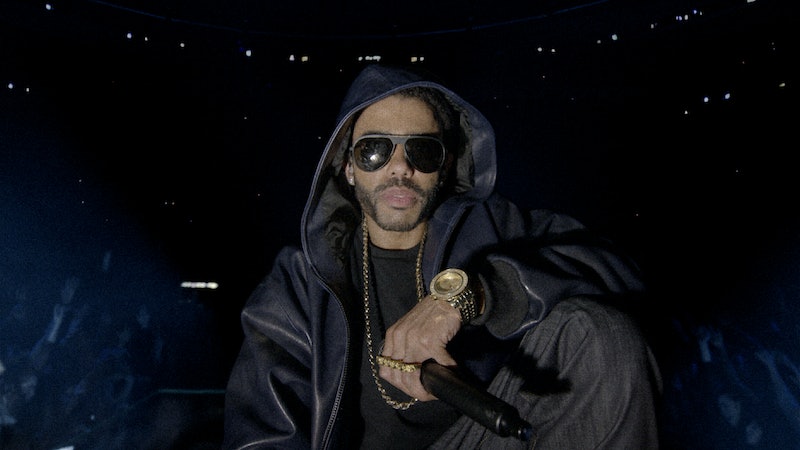 The epic stories on The Get Down are compelling, but sometimes too good to be true. Is Books a real rapper on The Get Down ? While IRL recording artist Grandmaster Flash is a character on the series, and many real songs from the period can be heard as well, there isn't a real person named Books. Grown-up Zeke, who is played on the Netflix series by Daveed Diggs and performed on the soundtrack by Nasir Jones (a.k.a. Nas), doesn't seem to be inspired by any one person.

While Books' on-stage mannerisms and presence in the Madison Square Garden flash-forwards resemble Nas and other popular '90s East Coast rappers, Nas didn't grow up in the Bronx. He was raised in Queens, with a family full of musicians. Zeke is half-Puerto Rican, Nas is not. While both of them use rap to write their way out of their situation, I don't think it's fair to say that Books was completely inspired by Nas.

Books' full name is Ezekiel Figuero. In the past, he goes by Zeke, but his name could explain some of the other inspirations for his character. Zeke is a poet, a romantic, and a dreamer. His surname could be a musical reference to the popular opera character Figaro. In the bible, Ezekial is a prophet. It's an epic name that goes along with the epic nature of The Get Down. Even calling himself "books" seems to be biting back at those who make fun of him for reading and writing all the time in a way that would make Tyrion Lannister proud.

Just like, sorry to take this to such a nerdy place, but just like Lin-Manuel Miranda identified hip-hop "origin story" tropes, according to an interview with Rolling Stone, while first reading about Alexander Hamilton, The Get Down has created an original character who uses those familiar elements from the genre. Other examples, as listed by Miranda in the same interview are Jay Z, Eminem, Biggie, and the list goes on. It's similar to the beginning of the true story in Straight Outta Compton, just earlier in time and on the other side of the country.

Plenty of locations, artists, producers, and even graffiti artists inspired by the characters on The Get Down. The fact that Books isn't a stand-in for any one person just makes the show even more all-encompassing.