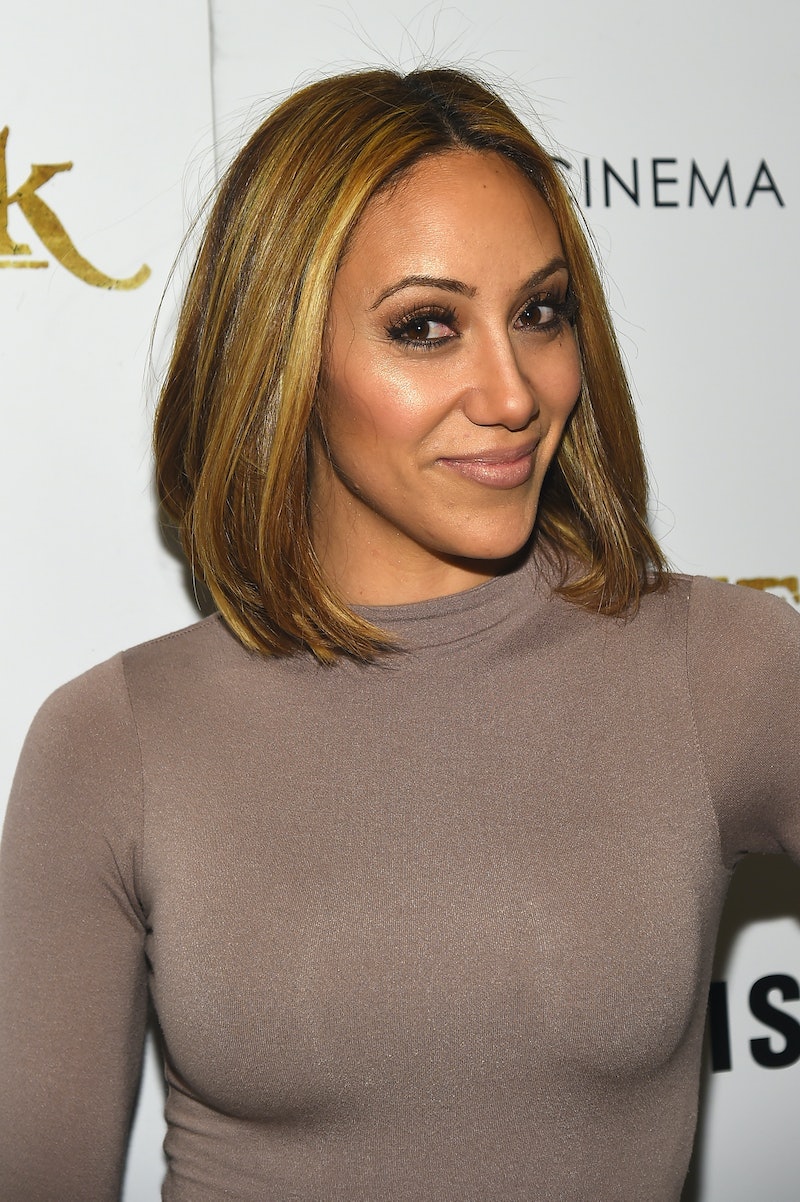 If you've been keeping up with Real Housewives of New Jersey, you know that Melissa Gorga's clothing boutique is called Envy, but the real thing that people should envious of is the amazing home that the RHONJ star lives in. Since her husband, Joe Gorga, works in construction, it is not at all surprising that her house is beautiful and well done. If you ever get invited to the house, or if you are like me and just look at photos of Melissa Gorga's house, you'll see that it really isn't as over the top as you might expect.

Obviously, it's a nice house, but it doesn't have anything outrageous that solely exist to show how much money the Gorgas have. In contrast, Real Housewives of Orange County star Heather Dubrow has a champagne button in her closet. Yes, she presses a button and someone shows up to pour her champagne while she tries on a pair of her own shoes. The only thing that can seem like it's a little much in Melissa's house is the excessive amount of white couches and white chairs when she has three children. Then again, I feel like the Gorga kids are the most well-behaved kids in reality TV, so I can't picture them spilling on or staining the furniture.

Sure, RHONJ films a lot in Melissa's home, but let's take a closer look at some of its best features.

Melissa really does have great taste. The "great room" as she calls it really is beautiful. Talk about go big or go home: the high ceilings, the long curtains, the giant couches, all of it just comes together so elegantly.

If you follow Melissa on Instagram, you know that the long staircase is a prime picture-taking spot in the Gorga home. I totally get it though. The entire foyer is is gorgeous.

The front porch is another popular spot for Gorga family photos, and once again, I see why. The front door is beautiful and there is just so much detail. It needs to be photographed as much as possible.

Melissa takes pride in cooking for her family, so it's not at all surprising that she has an amazing kitchen with some nice marble counter tops.

I have no idea if this is actually the room that the Gorgas refer to as the "dining room," but those chairs look so comfortable. I'm loving the details in the rest of the room, especially with the white woodwork.

The Gorga property looks picturesque all covered in snow.

Not everything at the Gorga home is ritzy. They do have children and keep things fun for them with this classic swing set.

Melissa makes the most use possible out of her kitchen sink since she even get her hair washed in it.

Of course, the Gorga home has a balcony. In fact, I bet that there are actually a couple more at the house.

I had no idea that people had chandeliers in their bathrooms, but you do you, Melissa. It works for the Gorga aesthetic.

Even the driveway at this home is beautiful, which is not at all surprising. Between Joe's construction expertise and Melissa's style, it makes sense that every detail of this home (inside and out) is meticulously thought out.

One Of Many White Rooms

It's safe to say that Melissa loves the clean look of a white room. I have no idea how it stays this pristine looking, but props to her and her well-behaved children.

With the bed in the background, I assume that this is the master bedroom, but I don't know for sure. The only thing that I definitely know is that white is so Melissa's aesthetic.

Couch isn't so grand, but I just would not let my dog chill on a white linen couch. Then again, I'm not a wealthy reality star who can easily pay to clean the couch or just buy a brand new one. Plus, it does look cute and comfortable.

Melissa's house is absolutely gorgeous. She is definitely giving us all some home envy with her beautiful rooms and furniture.