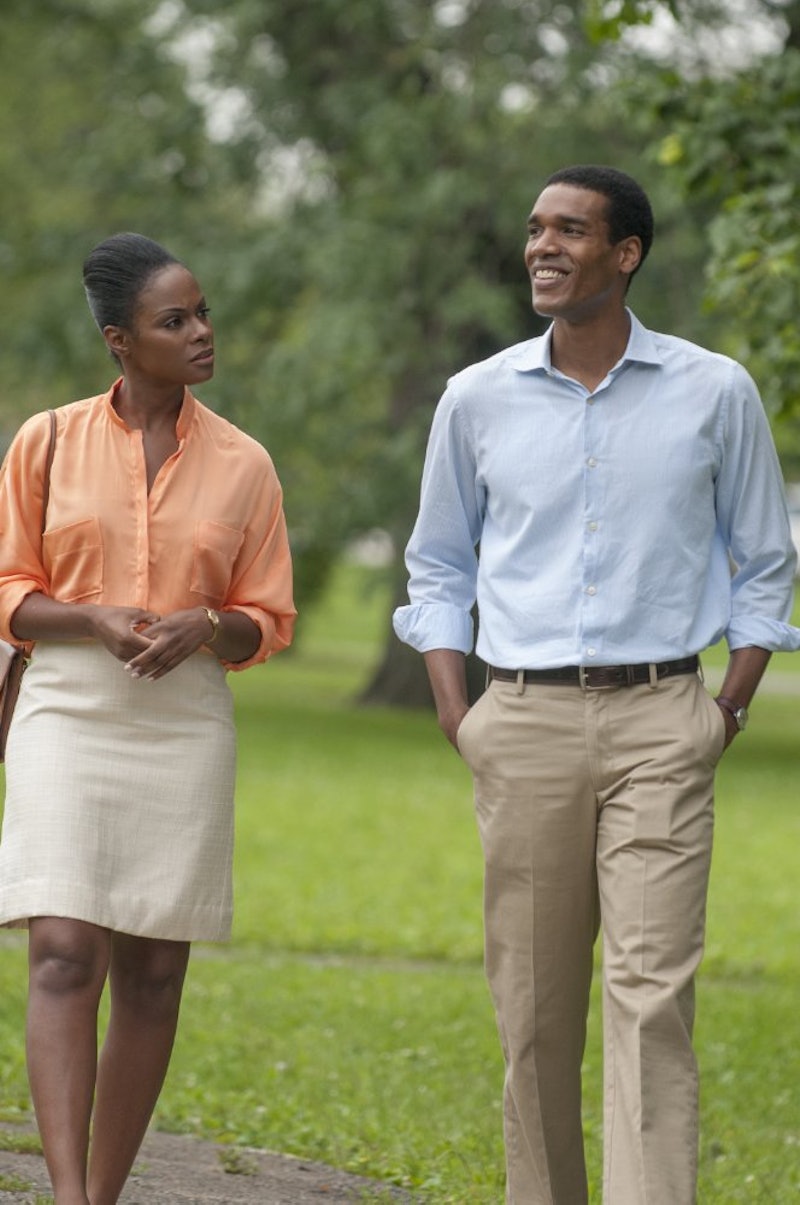 Regardless of political opinion, I hope there is one universal truth we can all agree on: that Barack & Michelle Obama are relationship goals. When they're not busy running the country, they're praising each other on Twitter and raising two daughters, Sasha & Malia. Seriously — relationship goals AF. And on Aug. 27, we can see how it all began with Richard Tanne's new movie Southside With You. The film, a fictional recreation of the Obamas' first date, takes place in Chicago in the summer of 1989 when the duo first met. Interestingly, neither Barack nor Michelle had a hand in making the film, and so it's unclear what the Obamas think of Southside With You.

Officially, the Obamas have not released any type of statement regarding the film. However, according to Vanity Fair, director Tanne said at a Q&A for the film that that he and the other filmmakers have "heard from some pretty reliable sources that [the Obamas] are aware [of the film]... They are excited. And they are also a little baffled by its existence."

Baffled would be a very appropriate reaction, because what couple, no matter how famous, would think that their first date would be fodder for a whole film? Yet Tanne was clearly convinced that he had a story to tell, and at the same Q&A, he stated that he used public documents and records — anything that mentioned that first date, really — as source material for the script. He claimed that the trajectory of the date as shown in the movie is "90% accurate," with a few details not as definitive. "There was some question as to whether or not the community organizing meeting happened on the first date, or if it just happened early in the courtship but dramatically it worked, so I just put it in," he said of one scene in the film where the duo attend a community meeting at which the future president gives an impassioned speech.

But, as Tanne made clear, whether or not the meeting happened on the first date is debatable. In a video interview shared by the Obamas in 2012, the couple detailed their first date, but make no mention of a community meeting, so perhaps the scene is just an embellishment by Tanne. But that's perfectly alright, considering that the movie is a narrative film, not a documentary, and therefore it makes sense that some liberties were likely taken to enhance the story.

The film is produced by star, Tika Sumpter, and also John Legend under his production banner Get Lifted. The film picks up from the beginning of the Obamas' date at the art institute, to lunch, to a screening of Do the Right Thing, to their eventual first kiss. And while the ending of the film might not be a surprise to audiences - since the Obamas are happily married today - it seems like the type of film that will leave you with a smile on your face.

Personally, I love a good romantic movie and what's better than a romance based on two real-life inspirational people? As of right now, Southside With You has an 88% score on Rotten Tomatoes. So not only is it a cute romantic movie, but it's also a positively-reviewed film. Honestly, I'm not sure we could ask for much more. Whether or not the Obamas see the film, one thing is clear: their love story is one for the ages.