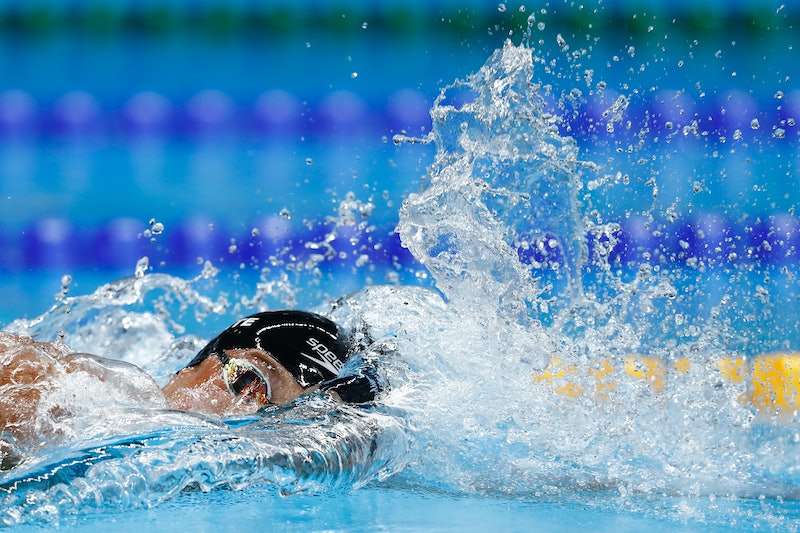 There’s no way I’m the only one who assumes that the Olympic Village is one big sex fest, right? I mean, you take the most hardworking, athletic humans in the world and put them in dorms and a lot of sex is going to happen, right? Maybe they’re all just exhausted after their events, but during Olympic season I definitely like to picture all of those muscles getting sweaty in much sexier ways.

Well, the luxury sex toy brand LELO is apparently right there with me. Curious to find out just how much sex the Olympic athletes are having, they surveyed over 800 athletes from around the world about what happens behind those closed dorm room doors. One athlete they spoke with, double Olympian James Tindall — who competed for Team Great Britain in field hockey in 2008 and 2012 — says that there’s definitely a lot of Olympic action that the common public isn’t privy to.

“The sports that compete first have a longer period of enjoying the ambience and letting their hair down in the village,” Tindall told LELO. “There certainly will be a few ‘strides of pride’ occurring in the second week. Country-wise I don’t think there is a world leader in this part of the games but what it can be said is that if you are a big sports star then you certainly will get more attention, especially if you are the fastest man in the world.”

Is anyone even a little bit surprised that this is number one? I mean, who doesn’t want to sleep with a gymnast?

I’m going to go out on a limb and say this is stamina-related. These athletes spend so much time running — you know they can last for hours in the sack.

Boxing, I get. Golf? Less clear. But good for them!

I actually would have expected these athletes to be a bit higher on the list. Both sports take stamina, and something that's certainly attractive in a bedroom partner.

Have Michael Phelps and Ryan Lochte not elevated the sexy status of swimmers high enough for these athletes to be getting it on more? Maybe they’re all just exhausted all the time? Swimming is stupid hard.