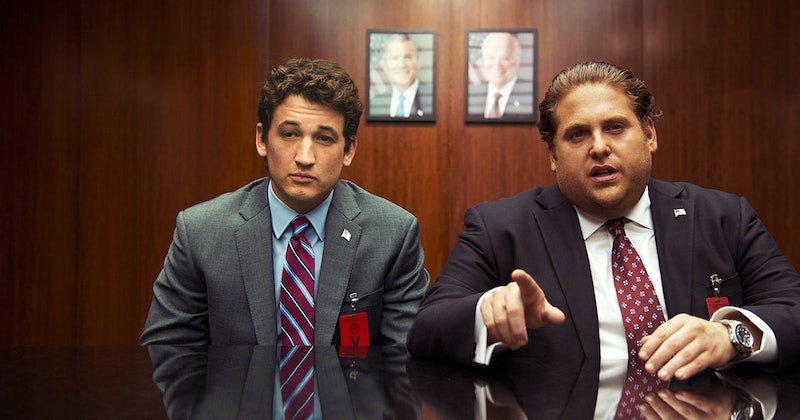 Some stories are just so unbelievable, there doesn't seem like there could possibly be any way they could be true. One of these stories is depicted in the new film War Dogs. The movie tells the tale of two twenty-something stoners, David Packouz and Efraim Diveroli, who end up scoring a 300 million dollar U.S. Defense Department contract to become arms dealers in Afghanistan, and then blow it by selling illegal and shoddy weapons and ammunition. But the movie is inspired by a true story, as War Dogs is based on the book Arms and the Dudes . So how did this insane story come about?

The book, written by Guy Lawson, is an expansion of a Rolling Stone article Lawson wrote in 2011. The article, "The Stoner Arms Dealers: How Two American Kids Became Big-Time Weapons Traders," is where the story of David Packouz and Efraim Diveroli, along with a third accomplice, Alex Podrizki, first entered the pop culture zeitgeist. Their exploits had been reported on before, notably in 2008 in The New York Times, but Lawson's article was the first major attempt at digging up the full story. Lawson continued to research the story over the next several years, publishing the his extremely-detailed 288 page account as Arms and the Dudes: How Three Stoners from Miami Beach Became the Most Unlikely Gunrunners in History in 2015.

As far as differences between Lawson's article and his book, his book is simply much more detailed. It also sheds more light on Podrizki, who's a bit more of an afterthought in the initial article compared to Packouz and Diveroli. The original article can still be read online, and thankfully the book is not too difficult to find either. You can buy it in bookstores like Amazon in every format imaginable: Hardcover, paperback, e-book, and audio book.

So if you want to see the ridiculous real story behind War Dogs, be sure and pick up a copy of Guy Lawson's Arms and the Dudes — just be prepared for your jaw to hit the floor while you're reading it.