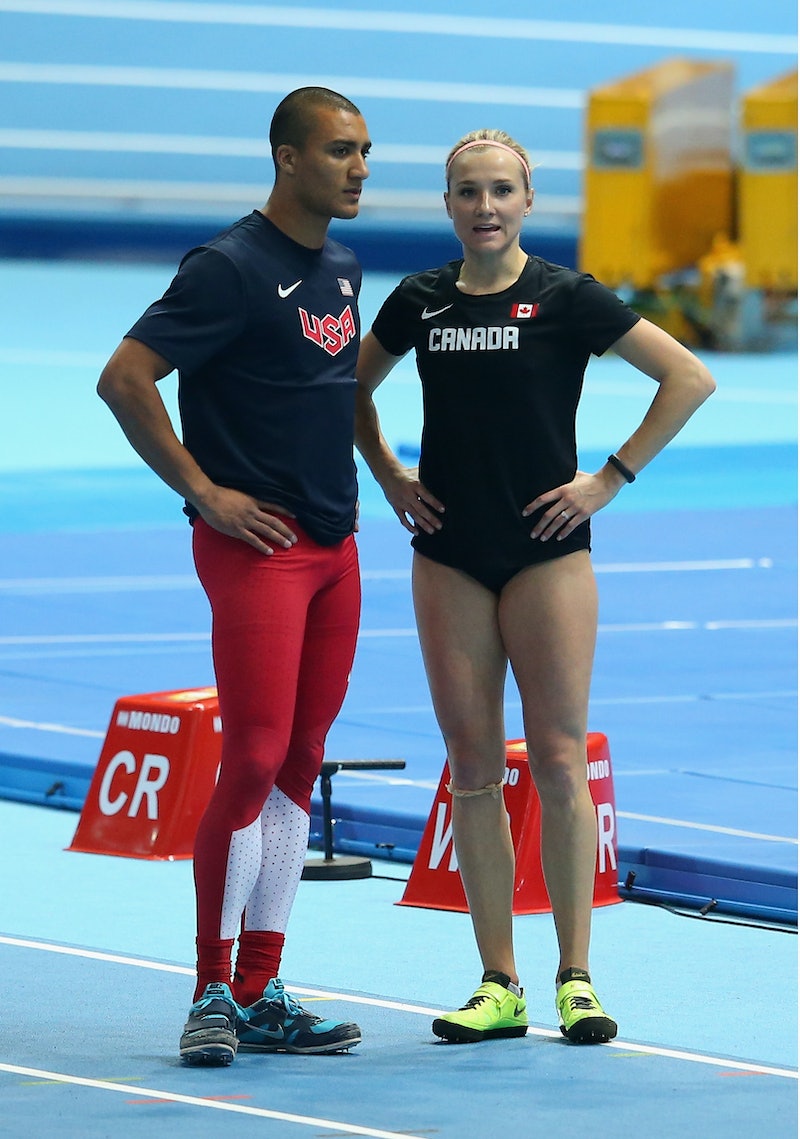 Each individual relationship has its own flaws and strengths, and there's no sense in trying to compare relationships because it's like trying to compare apples to oranges to bananas, etc. That being said, the Olympic couple Ashton Eaton & Brianna Theisen are pretty high in the running for best relationship of all time. These two Olympians, representing Team USA and Team Canada, first met at the University of Oregon according to their alumni newsletter, and they both participated in the 2007 Pan American Junior Athletics Championship, despite representing different countries. Their romance has only grown from there.

What makes these two such a great couple? Despite having to work hard to sustain their Olympic dreams, these two find plenty of time to take it easy and don't seem to let their goals get in the way of how deeply they care about each other. Their joint Instagram account, @weareeaton, is like an instruction guide on how to be in love. Eaton and Theisen are continuing to establish their names at the 2016 Rio Olympics, and themselves as one of the best power couples in modern athletics. Here are some select pictures that further proved how great these two are at being in love.

The Olympics is half-way between a serious professional event and a vacation for many competitors, but it looks like these two are leaning more towards the "vacation" side of things.

They Jump For Joy

These two look so happy in this picture that it almost looks like a falsified photo that one would find in a college brochure. However, there's nothing fake about this adorable relationship.

The Olympic Village has a, let's say "reputation," but it seems that the Eatons are more interested in just taking it easy and enjoying the sights when they're not competing. And, honestly, with a couple like this, there's a chance that the "Olympic Village" is wherever they want it to be.

Eaton and Theisen seem to both have a lot of Nike gear, and I love how they're matching in this pic. True love is coordinating Nike workout gear, OK?

There are a lot of couples in the world, and maybe there's one out there that is better than Eaton and Theisen. However, it's almost certain that no one could claim to be a more adorable and athletic couple than these two, with Theisen having already taken home a Bronze this year and Eaton currently holding the world record in the decathlon, according to The Oregonian. Their Instagram pictures are just a small peek into the life of this amazing power couple, and hopefully even more of their adorable photos will surface between now and the 2020 Olympics.