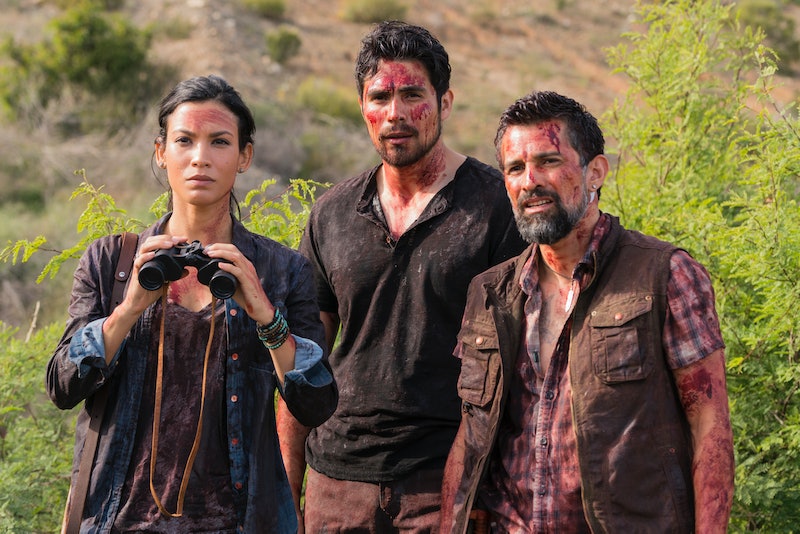 Played by Danay Garcia, the character took an interest in Nick after she spotted him walking amongst the dead. She and her people rescued him when he stumbled into their town after surviving a wild dog attack (RIP puppies), in desperate need of water and medical attention. She seems like a soldier, and is in some sort of leadership position. It seems as if she and her people respect the way that Nick is willing to get close the the walkers and not just mindlessly cut them down.

I don't think that she's evil, but I am worried that the men who all but hunted Nick down might be either residents La Colonia. They seemed pretty well-off to be traveling alone. I would assume that they have a base camp somewhere. Maybe they are terrorizing the happy community, the way Negan controls other groups on The Walking Dead.

Since the episode featured several flashbacks to Nick's former girlfriend, I have a feeling that Luci and Nick might become love interests as well. The fact that she's willing to even approach a dude that's been running around the desert covered in blood is definitely a good sign. I'm glad somebody is into it. Nick was really starting to worry me. Either way, she's a good addition to the series, and I can't wait to hear more about her people.