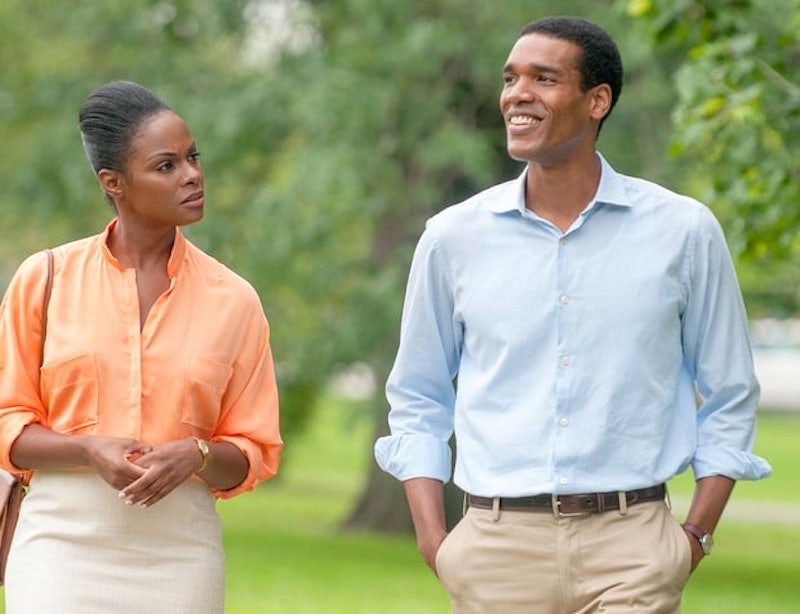 Barack and Michelle Obama don't have much time left in the White House, and the nation's most powerful couple might want to consider a move to Hollywood once they leave Washington. The new film Southside With You depicts the pair (portrayed by Parker Sawyers and Tika Sumpter, respectively) as they were in Chicago in 1989, when they first met and shared their historic first date. The film is getting great reviews, but how accurate is it? Is Southside With You a true story? Obviously it's true in the sense that Barack Obama and Michelle Robinson did have their first date in Chicago in 1989, but did the date unfold the same way as in the film?

The movie actually gets a lot of things right. Writer/Director Richard Tanne sourced information from interviews and news articles that recall events from the date, and he claims that it's mostly true. "The trajectory of the date is about 90 percent accurate," Tanner claimed during a Q&A at the film's premiere, according to Vanity Fair. For instance, in the film, the pair start their day-long excursion at the Art Institute of Chicago. And that's what happened in real life. The future president drives a beat up yellow Datsun with a hole in the floor — just like he really did in 1989. The two go to the movies to see Spike Lee's Do the Right Thing — where they end up running into a senior partner from their law office (though his name is changed in the film). And, in perhaps the best-known example from real life, the couple end their date by sharing a kiss over ice cream outside a Baskin Robbins.

As far as the dialogue is concerned though, that's mostly fictionalized. There's no real way to know a word-by-word account of a day that happened 27 years ago, so the film fills in the gaps by imagining how the date might have gone. Also inserted into the first date for the film is Obama giving an inspirational speech at a community organizing meeting. The meeting did happen early in the pair's relationship, but it's not believed to have occurred on their first date. "Dramatically it worked, so I just put it in," Tanne said. "Again, it's a fictionalized account, so I tried to be as authentic as possible."

Without actually being there, and without speaking to the Obamas directly, Richard Tanne has managed to put together a fairly historical portrait of the First Couple's first date — at least as far as the order of events that took place are concerned.

More like this
What Is Barack Obama’s Net Worth? He Makes *Way* More Now As An Ex-President
By Hugh McIntyre
Remember When Benedict Cumberbatch Announced His Engagement In A Newspaper Ad?
By Hugh McIntyre
Becca Tilley Confirmed Her & Hayley Kiyoko’s 4-Year Romance With A Heartfelt Note
By Brad Witter
All The Clues Gillian & Edgar Are Still Friends After 'Temptation Island'
By Brad Witter
Get Even More From Bustle — Sign Up For The Newsletter