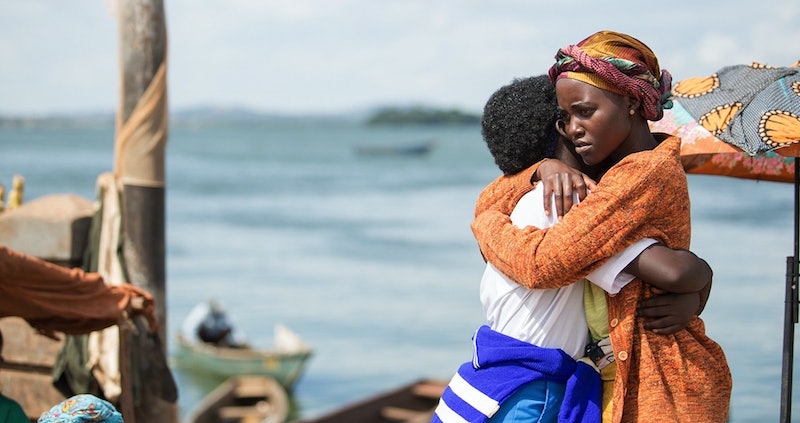 Many reviewers have asserted that summer 2016 hasn't been a great movie season, and they've got a point. After all of the mediocre big-budget blockbusters and superhero movies of the past few months, it's definitely time to welcome some new crisp plotlines that the fall will bring along with its crisp weather. And personally, I'm excited to see some new women-directed films in fall 2016. This year has already brought some impressive movies that were directed by women, from Maggie's Plan to Me Before You to Kung Fu Panda 3. The number of new releases directed by women dropped slightly in the summer, although there were some, such as Equity and the Netflix hit Tallulah. But in the fall, get ready to ramp back up with a variety of female-directed projects.

The prevalence of new movies with female directors is inspiring, as it implies potential for change amidst the oft-discussed sexism in Hollywood. It's also especially exciting when you consider the nature of the role of director in particular within the context of film production. The director is the authority on all things creative, and it is this person's vision that is ultimately communicated by the film. So seeing more and more women in this role is a powerful example of women's ascent within the industry, even though there is still a long way to go before full equality is achieved. The upcoming fall/winter movies listed below, all of which have women directors, are a big step on the way there.

Amma Asante is directing this biopic about the relationship between the first president of Botswana and his wife. It will premiere at the Toronto International Film Festival in September.

This film, written and directed by Ana Lily Amirpour, is in the running for the prestigious Golden Lion at the Venice International Film Festival in September.

This third film in the Bridget Jones franchise, out Sept. 16, was directed by Sharon Maguire, who also directed the first movie.

Mira Nair directs this biopic based on the life of Ugandan chess player Phiona Mutesi, to be released on Sept. 23.

4. The Edge Of Seventeen

This film, originally titled Besties, stars Hailee Steinfeld and was written and directed by Kelly Fremon Craig, and will come out on Nov. 18.

5. First They Killed My Father: A Daughter of Cambodia Remembers

Based on Loung Ung's memoir, this movie is directed by Angelina Jolie and is expected to be released on Netflix sometime this fall.

Dorota Kobiela wrote and directed this painted animation film, along with partner Hugh Welchman, out sometime this fall.

This historical drama is directed by Gurinder Chadha, who is known for films such as Bend it Like Beckham and Bride and Prejudice. It hits theaters later this year.

This movie about a teenage girl's eventful road trip, which was written and directed by Andrea Arnold, will be released on Sept. 30.

NYU film student Adriana Cepeda Espinosa wrote and directed this piece with James Franco. It is reportedly in post production and will be released this year.

There will be even more female-directed films to look forward to in early 2017, such as Underworld: Blood Wars and The Zookeeper’s Wife . But this fall and winter, you check out any of the dozen above movies and celebrate the accomplishments of women directors in Hollywood.