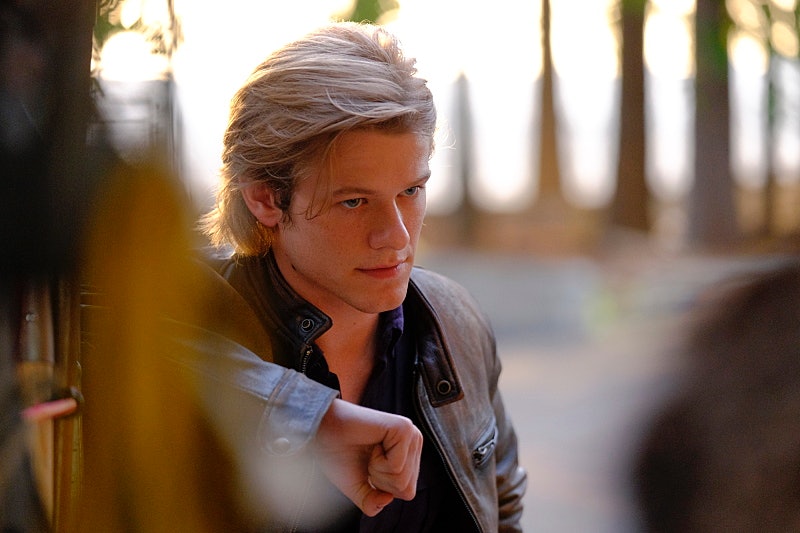 CBS' reboot of the beloved '80s action series reportedly needed some MacGyvering of its own. After the pilot was picked up to series by the network, CBS ordered that the first episode of the new MacGyver series be completely reshot. But, it was for totally understandable reasons: According to The Hollywood Reporter, director James Wan (The Conjuring, Furious 7) was brought onboard to film the new action-heavy premiere, with all but two cast members being completely recast, and the title character receiving a makeover (aka, the shoulder-length 'do he was sporting in the pilot's original incarnation is gone, sorry everyone). Now, the first trailer for the rebooted MacGyver reboot has materialized, and it promises plenty of improvisational world-saving.

In case you're unfamiliar with the premise of the original series, Angus "Mac" MacGyver is a secret agent for a fictional government agency who solves complex problems no one else can with just his ingenuity and whatever simple tools he has around him at the time. (Think pen caps, matches, chewing gum, etc.) The updated version of the character will be played by X-Men: First Class actor Lucas Till — yes, he's also the guy from that Taylor Swift music video — and he'll be joined by the likes of CSI's George Eads as the muscle behind their zany operations and House Of Cards' Sandrine Holt as their team leader.

Here are the 11 tools that MacGyver uses to save the world in this one 80-second promo alone:

Can be used to deflect bullets and render enemy combatants unconscious. (Good thing this particular tray happened to be made out of metal.)

Not really a "simple" tool, but you can't deny he looks badass carrying that thing over his shoulder. Plus it's an echo of one of the original show's most iconic shots.

What do you do when you need to get inside a vault but you left your blowtorch at home? You electrocute it, of course.

This is one tool I hope most of us don't just have "lying around" — then again, you never know when I nice jug of acid might be useful, I suppose.

Not just for conspiracy theorists anymore!

OK, duct tape does solve everything, I'll give him that.

One little yank and he sends a whole fire escape crashing down on the bad guy.

Ah, the classic "How did I get these handcuffs off? THIS PAPERCLIP!" reveal. Never gets old.

The handiest tools of all, amiright?

He uses the accessory to tie the steering wheel of his boat so it hits the bad guys' boat and explodes — giving new meaning to the term "dressed to kill."

The bigger, badder version of MacGyver will premiere on Sept. 23 as part of CBS' Friday night line-up, along with Hawaii Five-0 and Blue Bloods.